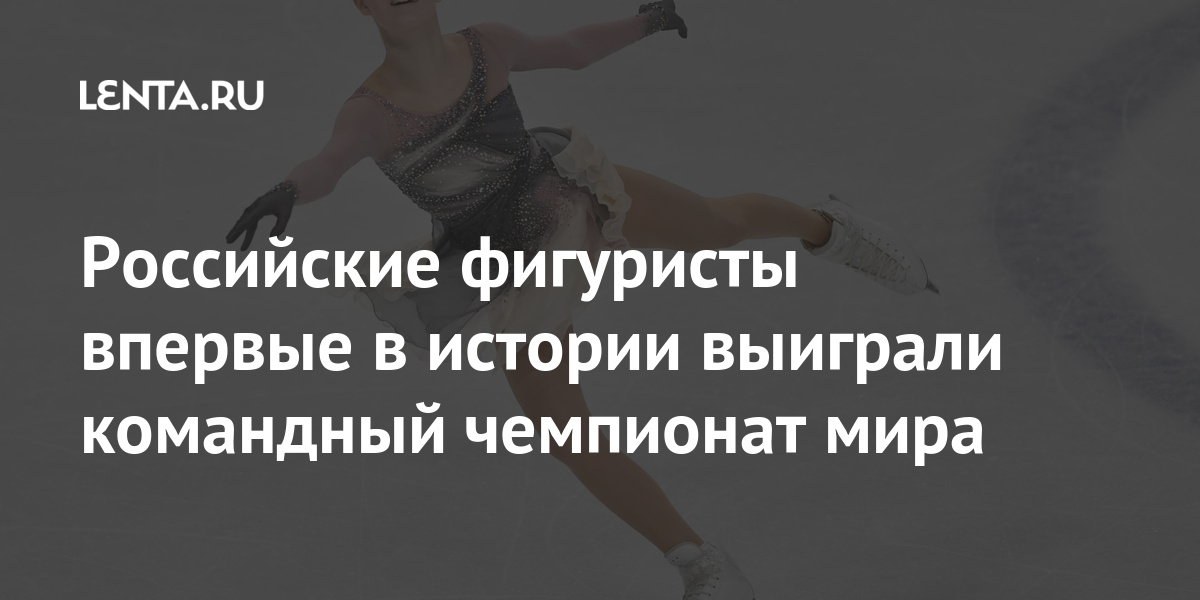 The Russian national figure skating team won the World Team Championship in Osaka, Japan. The correspondent of “Lenta.ru” informs about it.

Anna Shcherbakova and Elizaveta Tuktamysheva, who took first and third places, respectively, in the free program, brought the decisive points to the team’s piggy bank. The athletes scored 22 points in total.

After performing in eight types of the program, the Russian team scored 125 points. In second place in the overall standings is the US team with 110 points. The hosts of the tournament, the Japanese, round out the top three with 107 points.

The six best countries according to the rating of the International Skating Union (ISU) are invited to the World Team Championship. The teams are represented by two figure skaters and two figure skaters in single skating, as well as a couple and a dance duet. Skaters receive points from 12 to 1 for the places they occupy. The Russian national team has never won a tournament before.

The phenomenon of rural tourism: what people choose