For the first time in 17 years: horror plague is imminent – “Like from another world” 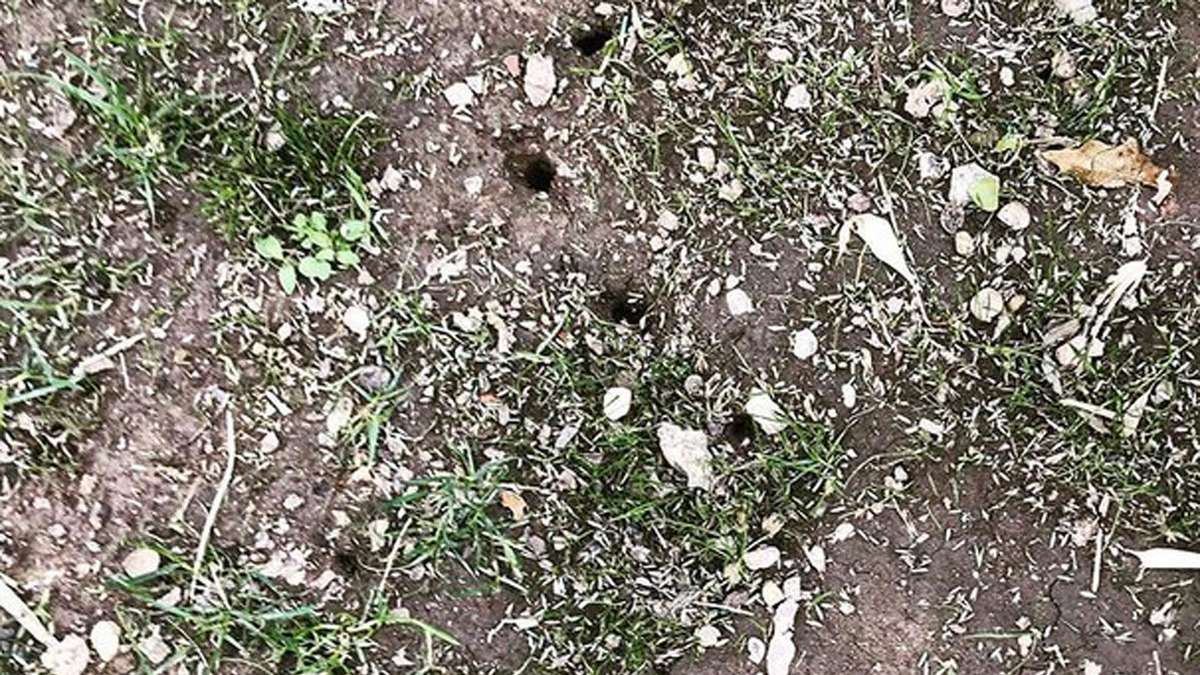 It is as creepy as it is fascinating, like in the film: A plague that only occurs every 17 years is imminent in the USA.

Washington – The United States is facing a spooky plague: every 17 years billions of cicadas hatch in the United States at the same time. In a few weeks it will be that time again.

“It was like a science fiction movie. Eerie, like from another world. ”Melanie Asher still remembers the cicada invasion she experienced as a child in 1987 in the Washington suburb of Bethesda. Soon it will come back to that.

Brood X: Cicada Invasion of the US – They only come every 17 years

The larvae live in the ground for almost two decades before they emerge en masse and fill the air with deafening noise – in a vast area that stretches from Washington in the east to Illinois in the Midwest to Georgia in the south. Their above-ground life is short – just long enough to mate and lay eggs. “Brood X” is the name of the group of cicadas – that sounds like a horror film.

For anyone wondering where #BroodX will visit, they’re yellow. Details and source from https://t.co/c5I26c9hpS pic.twitter.com/41gL37YZm7

The “Brood X” cicadas are expected in May 2021, and earlier depending on the weather in some regions. The arrival of the thumb-sized insects with the red bulging eyes is as spectacular as it is rare. Melody Merin was last invaded in 2004 in Washington. “They just flew everywhere,” says the 46-year-old. It was difficult to escape them. Driving with the window open – unthinkable.

Peter Peart from the Washington district of Columbia Heights has already seen the “Brood X” cicada spectacle twice. “It’s loud, all the time,” remembers the pensioner. Nevertheless, he looks forward to the cicadas – especially the astonished faces of those who meet them for the first time.

“It’s really quite unique,” said evolutionary biologist John Cooley of the University of Connecticut at Hartford, according to an AFP preliminary report in March. “The cicadas simply have a 17-year life cycle.” It always runs the same way. “As soon as the soil reaches a certain temperature, around 17 degrees Celsius, the larvae emerge from the soil and shed their skin,” explains the biologist. “Then they hang around in the vegetation for about a week.” Then they begin their “adult behavior”, as Cooley calls it. You could also call it a gigantic insect orgy. Because that’s what it’s all about: reproduction.

“The noise you hear is that of the males attracting the females,” says the scientist. The females lay their eggs on trees and die shortly afterwards. The ground is then littered with dead insects.

Brood X: Cicada invasion of the US – billions and maybe even trillions expected

After six to eight weeks, the larvae hatch and dig into the ground, where they feed on the sap of the tree roots for 17 years before the cycle begins again. This spring, “billions and maybe even trillions” of cicadas are expected, says Cooley.

By appearing en masse and only at great intervals, the cicadas can escape predators. Because even if squirrels, birds, raccoons and dogs fill their bellies with the insects for days, enough cicadas will still survive.

Some are fascinated by the spectacle – for example the writer Carl Hoffman: “They were underground, unseen, unheard, for seventeen years, and then one day they come out in unison and hear the same strange internal clock,” he writes on Instagram. “I can’t wait either,” and “Really amazing,” says his photo post. He shows several pictures with holes in the ground – “They came out,” he writes, which of course has not been confirmed in the specific case. But lots of Brood X cicadas will come.

Unlike a locust invasion, the swarms of cicadas do no harm. Only the spring, long awaited after a year of pandemic, could the insects spoil the people in the USA a bit. Together with thousands of noisy cicadas, a picnic in the park is only half as fun. “Some develop a real phobia and at times like this do not dare to go out on the streets at all,” he writes Daily mirror about. After all, many are in the home office anyway. You can read the current corona developments in Germany here. (AFP / lin)

Florentino Pérez: "We make the Super League to save football"

In the United States, vandals painted a swastika on the Holocaust memorial