For the first time … a “vehicle” dazzles the world with surprises from Mars! 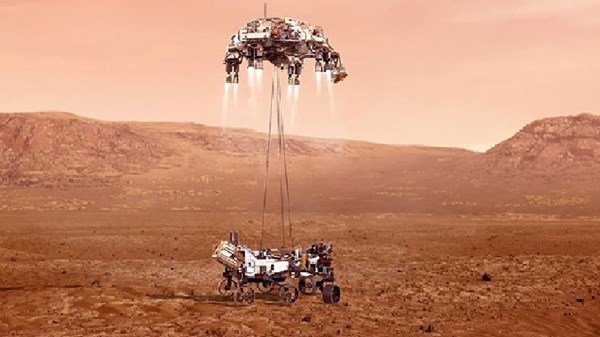 “Perseverance Mars” transmits sounds from the surface of Mars
The US Aeronautics and Space Administration (NASA) stated that its Perseverance Mars spacecraft recorded sounds of its movement on the surface of Mars for the first time.
The Perseverance microphone recorded more than 16 minutes of sounds generated by its movement of 27.3 meters on March 7. The voice of the action was released to the public on Wednesday.
NASA said in a statement that the microphone was installed at first to hear the landing craft, “but the mission members were keen to hear the sounds from the surface as well.”
The spacecraft, which weighs about 1,000 kilograms and is the size of a small car, landed on the surface of the Red Planet in a precarious landing maneuver on February 18 after a journey of about 480 million kilometers through space.

Putin instructed to monitor the income and expenses of officials