For the Christmas crib at the time of Covid-19, a santon by Professor Raoult made in Saint-Cyr-sur-Mer, in the Var 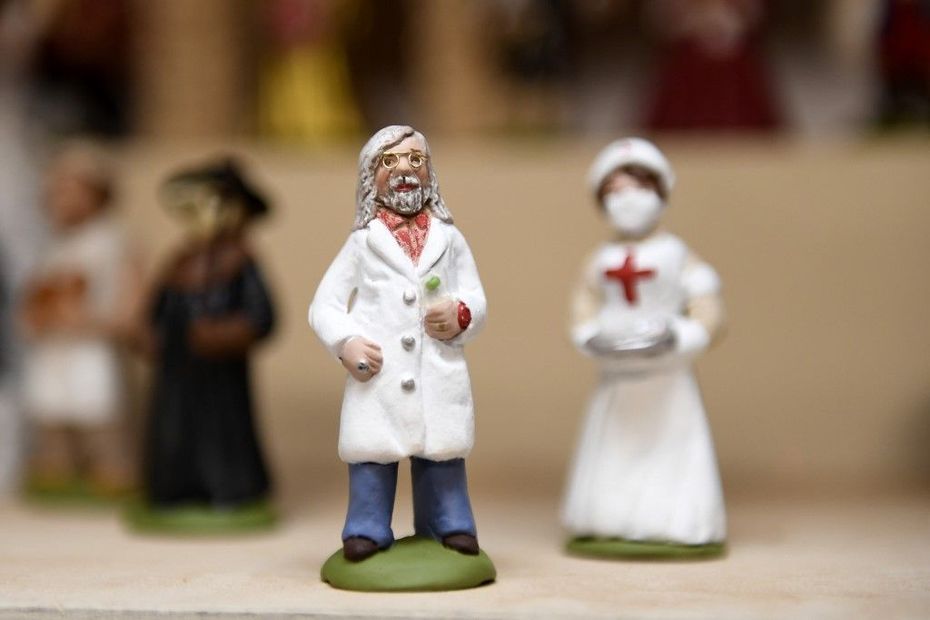 To put the Christmas crib at the time of Covid-19, a santonnière from Saint-Cyr-sur-Mer (Var) has created a figurine bearing the effigy of Professor Didier Raoult, the controversial director of the University Hospital Institute Méditerranée Infection, great defender of hydroxychloroquine.

“He imposed himself on me, it’s still a character that marks 2020”, explains to AFP Fabienne Pardi in her workshop, while she puts the last touch, with a brush, on one of these Raoult santons : long white hair, metal glasses, everything is there, including, in his test tube, a tiny SARS-CoV-2, the virus that causes Covid-19.
“Professor Raoult symbolizes the hope of a treatment, but that only commits me!”, She confided to the newspaper Provence.
In total, of the approximately 1,800 figurines that she produces each year, Fabienne Pardi, “master craftsman of art”, this time added about fifty “Raoults”.

“He imposed himself on me, he’s still a character that marks 2020”

From the height of its 7 cm, with its white blouse, the Santon Raoult requires 3 hours 30 of work, for a selling price of 35 euros. And all the production was torn off in a few days.
The santon with the effigy of the Marseille professor Didier Raoult next to one of the famous blue chairs from Nice, the two pieces produced by Fabienne Pardi and published on his Facebook account. A nurse by training, Mrs. Pardi plans to sell her Raoults with two other figurines from the health world: the first nurse of the Red Cross, from 1890, and the plague doctor from 1720, with his stick to ward off the patients, his protective cape, and his mask, ancestor of modern FFP2.

Russia imposed sanctions against the British in the “Magnitsky case”

Chema Núñez: “the team is trained to change the situation”

Chema Núñez: "the team is trained to change the situation"

VIDEO. Increase in poverty in France: “It is not a shame to be in a difficult situation”, affirms Véronique Fayet, president of Secours Catholique