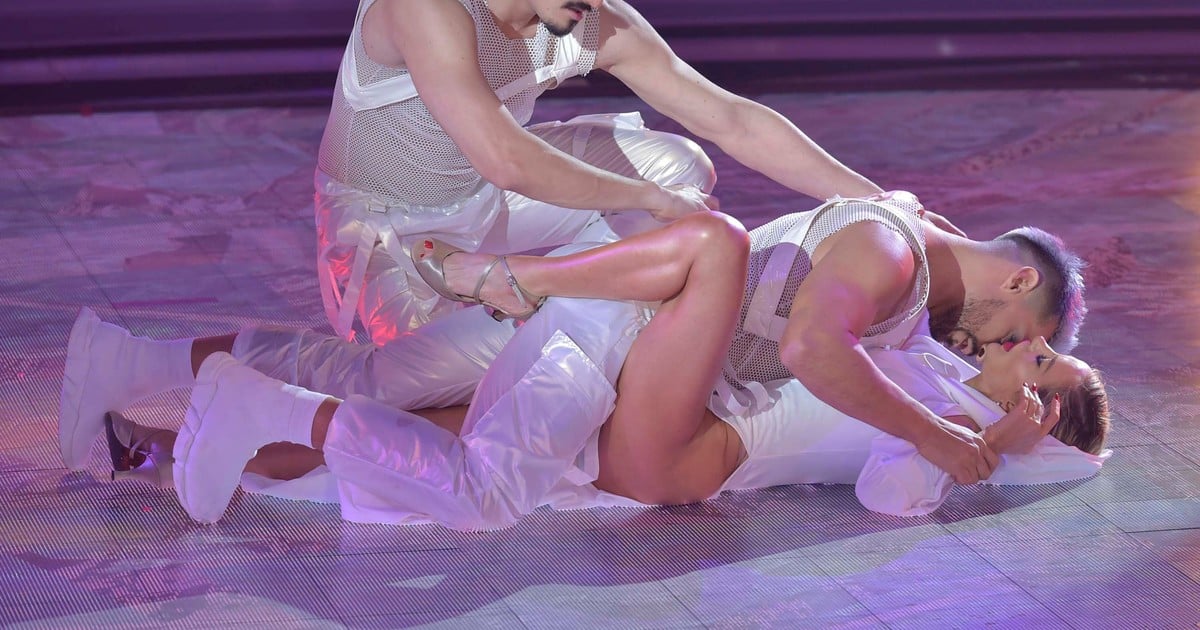 Luciana Salazar played Kylie Minogue in La Academia de ShowMatch (El Trece, at 21). The participant made a performance of pure sensuality in the round where the challenge is to imitate famous singers.

In the preview, Marcelo Tinelli asked him about the reasons why he chose to play the Australian singer and Luli replied: “Because my friends like her.”

During the performance she did with her partner Jorgito Moliniers and the dancer Uriel Sambrana, Luciana Salazar had to remove part of the wardrobe with which she entered the scene.

At the time of the criticism, the jury made up of Ángel De Brito, Carolina Pampita Ardohain, Jimena Barón and Hernán Piquín pointed out that this extra difficulty prevented the musical number from flowing seamlessly.

Before giving her return, De Brito asked the participant about the conflict she has with her former partner Martín Redrado. “Did you win against Redrado?” He shot, and Luciana was shocked.

Without much desire to answer, Luli limited himself to saying: “No, I don’t know. What he asked for in a criminal case, in the sentence, did not come out.” And he demanded that the member of the jury had brought up that issue because he “lowers it,” he said.

Lapidary, De Brito retorted: “You were with him for ten years, he would raise it for you. And now, will you lower it?”

Regarding performance on the track, By Brito He stated: “Luciana does not surprise me. It was very well done, but I feel that she and Jorgito do not evolve.”

“When the participants were on the track a lot, they don’t bring great news,” he commented. “But the work was very good.” Her score for Luciana Salazar and Jorgito Moliniers was 6.

Pampita Ardohain, whose vote is secret, said: “I liked that they did several different ones. It made me nervous that you had to remove your clothes during the choreography.”

As advice to the couple in competition, Pampita stated: “You have to stretch your feet on tricks and your knees on walks. Be careful with that, because they make the choreography look washed out.”

For its part, Jimena Baron stated: “Luli is an absolute bomb and the character Kylie Minogue, so sensual, was very good. But I’ll be honest: I feel that Luli has all the ingredients to make it spectacular, but it is not spectacular. The combo does not explode. The reason I dont know it”. He put them 6.

Hernán Piquín said: “They bring a lot of joy to the track.” Turning to Luciana, she pointed out: “Being an actress, you would have to exploit acting more. The character they chose is strong, but at times, you did the steps that are comfortable for you. I saw untidiness when you took off your suit.” He rated them 5.

Thus, in total, Luciana Salazar and Jorgito Moliniers obtained a total of 17. She promised Marcelo Tinelli that in one of the next galas, she will take her daughter Matilda to the program.