For justice it is not clear how the vaccines were distributed, and he gives as an example the case of El Calafate 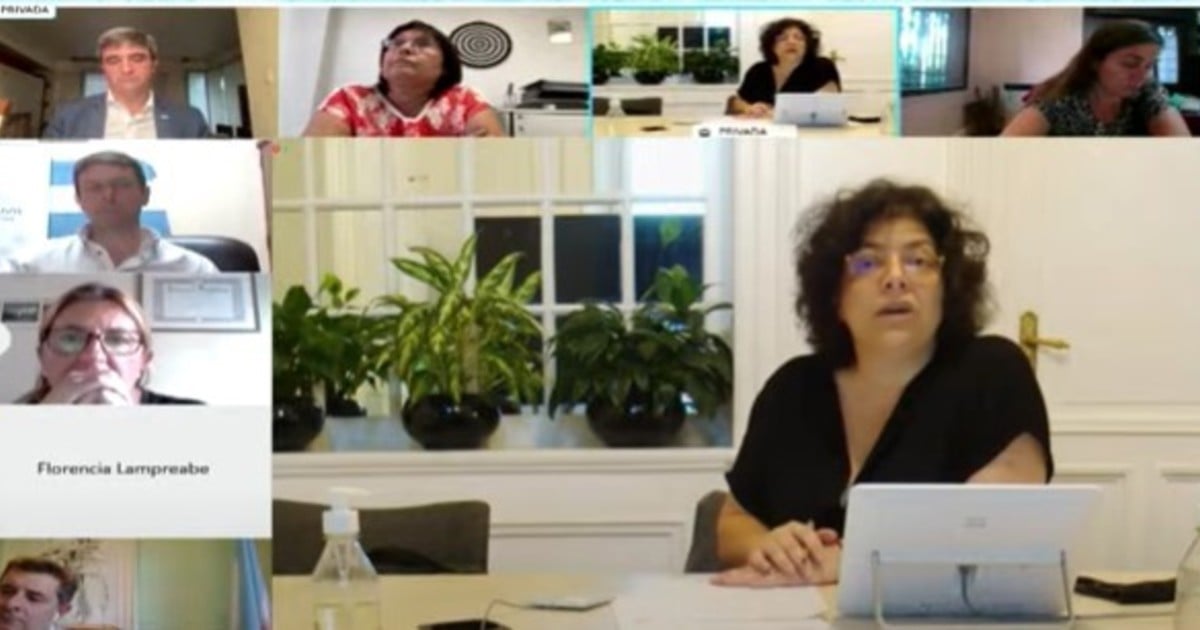 In addition to the 385 people vaccinated at the Posadas Hospital whose registration is under suspicion, such as the transfer of Covid vaccines from the health institution to the Ministry of Health – where fifteen people were inoculated on February 18 – the Office of the Procurator for Administrative Investigations (PIA) ) by the attorney general Sergio Rodriguez, made other observations. I consider that the vaccine distribution system is not clear by the portfolio led by Ginés González García, and gave as an example the case of the batch of doses sent to El Calafate and the few explanations formulated by the government.

The investigation into the VIP Vaccination scandal that forced Ginés to resign from his position added a report that the PIA delivered to the prosecutor Eduardo Taiano and the judge Maria Eugenia Capuchetti. The case seeks to clarify the circuit that made it possible for politicians, leaders, trade unionists, family members and friends linked to political power to be inoculated outside the guidelines established by the Government in its vaccination plan.

How was the distribution made to the provinces, CABA and how many doses were maintained in the scope of the Nation? was one of the questions formulated by the Office of the Attorney for Administrative Investigations (PIA) in the context of the file that began when the scandal over the VIP vaccination broke out.

That was the first number observed by the PIA. In the report he released Clarion, he maintained: “as can be seen, there is a difference between what is indicated by the aforementioned Castelli (1,708,290 doses distributed) and the total number of doses delivered to the country (1,800,540 doses).

In Health they explain this disparity because “Castelli made reference to the doses distributed throughout the country, not counting those that were differentiated as doses sent to institutions belonging to the Nation in the Province of Buenos Aires (7,500 doses), the Autonomous City of Buenos Aires (2,825 doses) and the critical stock (81,925 doses) ”.

However, the explanations were not enough for the Attorney General, which stated in the report that “beyond the fact that the numbers between doses received and doses distributed have a correlation with what was analyzed by the PIA, the truth is that the detail of information regarding the distribution of doses (either at the provincial or national level) would NOT be the most appropriate”.

For researchers, such a distinction is relevant, since it would contribute to having a “more precise picture of how many vaccines were distributed to national institutions based in the provinces and which ones to meet the needs of the provinces”.

In a more forceful way, the PIA indicated that “such a problem causes that -so far- it cannot be established, what was the amount of actual doses distributed to certain provinces”.

At this point, they focused on the case of the province governed by Alicia Kirchner. “It was reported that the doses distributed to Santa Cruz amounted to 13,000; in the province of Santa Cruz there is the SAMIC Hospital “El Calafate” (national institution); In the distribution table by province, it is not observed individually how many of those 13,000 doses were distributed to the SAMIC Hospital “El Calafate” and how many to the province itself. “

It was by order of the Attorney General’s Office that the Ministry headed by Carla Vizzotti had to expand the administrative summary already initiated and include the alleged diversion of vaccines to the town of El Calafate.

In his request, the head of the Attorney General’s Office requested that the object of the investigation be expanded and that the reasons for which sixty doses assigned to the “Professor Alejandro Posadas” National Hospital be reported They were transported on January 23 on a commercial flight of Aerolineas Argentinas to the Santa Cruz city of El Calafate.

This fact was denounced by the deputy Graciela Ocaña, who maintained that the crimes of public action could have been committed “by officials of the Ministry of Health of the Nation.” It seeks to know lthe reasons “why the remaining critical stock was not used and if the distribution of doses between hospitals is legitimate and not a violation of the criteria used for its original distribution ”.

The explanation of how the Covid vaccines were distributed – maintains the PIA – “does not allow to corroborate whether the province of Santa Cruz actually received 13,000 vaccines to distribute among its provincial centers or, on the contrary, their doses were the difference between the 13,000 indicated and those that were sent to a national institution in that province ”.

If it turns out, the court document continues, “such a circumstance would expose that the provinces did not receive the reported net total, to distribute among their population, but a smaller amount of doses”.