For Joe Biden, the evidence against the cop in the George Floyd case is ‘overwhelming’ 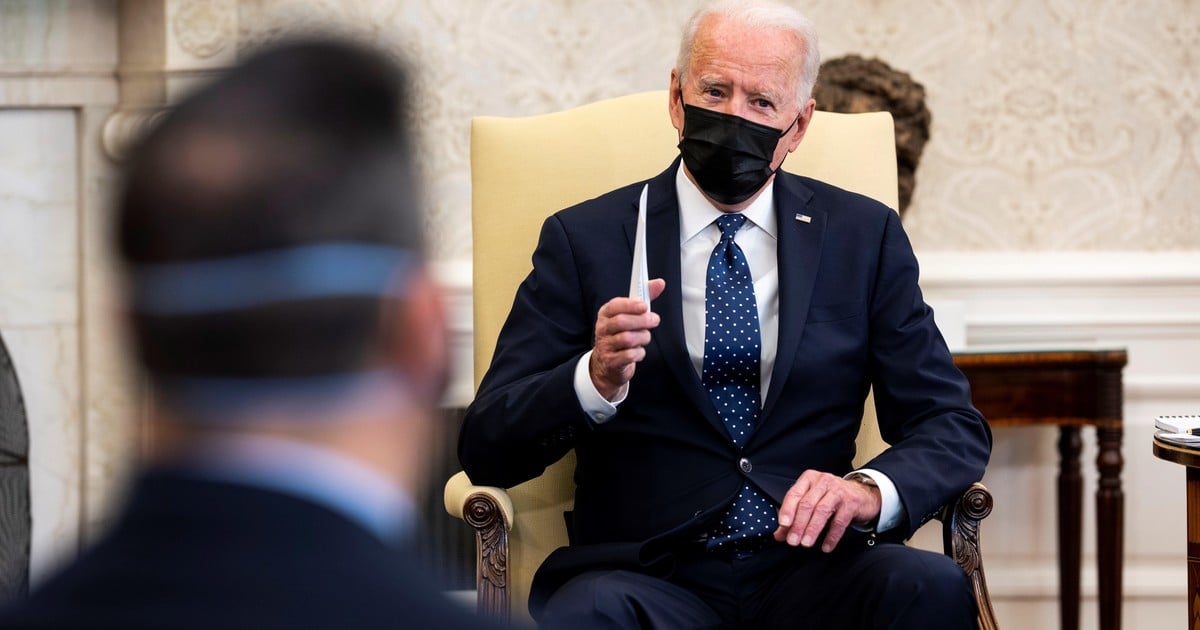 US President Joe Biden said Tuesday that the evidence against Derek Chauvin, the former police officer accused of killing George Floyd, is “overwhelming.” He added, in turn, that he hopes the verdict at the trial is “correct.”

Speaking to the press in the Oval Office, Biden made his clearest statements so far about the process against Chauvin and assured that he had waited to pronounce until the jury was “isolated” and deliberating on the case.

“I am praying that the verdict is correct. The evidence, in my opinion, is overwhelming,” the president said. On Monday, the president had already called Floyd’s family to tell them that “he had them in his prayers.”

George Floyd’s family, outside the court where the trial against former police officer Derek Chauvin is taking place. Photo: REUTER

On this call, Floyd’s younger brother Philonise Floyd explained that Biden “you know what it’s like to lose a family member and he knows the process “through which the family of the African American, presumably murdered by Chauvin last May, is going.

Philonise was referring to the fact that Biden lost, when he was 29, his first wife, Neilia, and his daughter, Naomi, in an accident. And also another of his children, Beau, in 2015, because of a brain tumor.

“He was letting us know that he was praying for us, hoping that everything would work out,” Floyd’s brother added in an interview with the US television network NBC.

Biden made this call the day that the final arguments of the Prosecutor’s Office and Chauvin’s defense ended and with the beginning of the deliberations by the jury.

The final stretch of this trial comes in a context of growing tension in the country after the death by police shootings of the African-American Daunte Wright, 20, in Brooklyn Center (Minnesota) and Adam Toledo, 13, in Chicago, both occurred in recent weeks.