For Honor: release date and trailer for Season 3 Year 5 Tempest 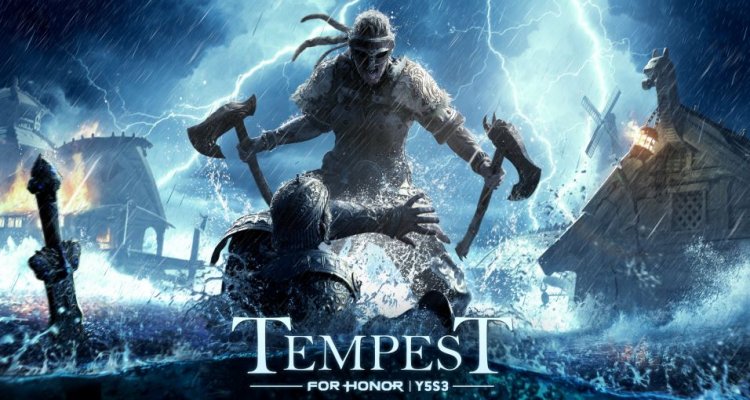 Ubisoft announced the For Honor Year 5 Season 3 release date: September 9, 2021. The season is titled “Tempest”. You can see the presentation trailer above, through the official Italian video shared on YouTube by the French company.

Cinematic Trailer Doesn’t Give Great Information About What We Expect In For Honor Year 5 Season 3 – Tempest -, but that’s no surprise since its main goal is to expand the lore of the game and give us just a taste of what lies ahead. We can say that there is a great emphasis on the Viking faction, as the video focuses on the hero Berserker.

There official presentation of For Honor Tempest states: “Starting September 9, A5S3 Tempest will bring drastic changes to the world of For Honor, closing the chapter made up of A5S2: Mirage.”

“Under a scorching sun, the Heathmoor factions struggled for a long time to secure water supplies. But what was first in short supply then came in exorbitant quantities. The unbearable heat of the drought melted the Valkenheim glaciers, causing the river to rise dangerously. Water level. Torrential rains and violent winds lashed Heathmoor, and the storm seemed destined to never end. When the world they knew was engulfed by the waters, the warriors found themselves bewildered. All but the Vikings, so storms brought about rebirth … and the opportunity to reign unchallenged. ”

“The above themes are heavily represented in the game by the A5S3 Storm and seasonal customization. For more information about the season, read on. We will be talking about the Tides of the Storm event, the Battle Pass of the season, all the news regarding Terrain and more. Stay tuned to learn more about the new armor variants and other possible surprises planned for the second A5S3 update. Finally, we are happy to announce that, for this season, all heroes will be receiving immediately an exclusive execution. ”

The Battle Pass Season 3 Year 5 of For Honor will include 100 ranks of rewards for all heroes. Premium rewards include Storm-themed appearances, effects and weapons, a battle point bonus from completed encounters, 11,000 Steel, and more. The A5S3 Battle Pass will be available from the launch of the season until December 6.

Finally, from the launch of the new season until September 30, all players will be able to participate in Storm tides with the free Event Pass and get various rewards, including a new battle appearance, effect and ornament. Also, for the duration of the event it will be possible to find new weapons as loot.