For Elisa Carrió, Cristina Kirchner is the one who drives the alliance with Russia because ‘she works for Sputnik’ 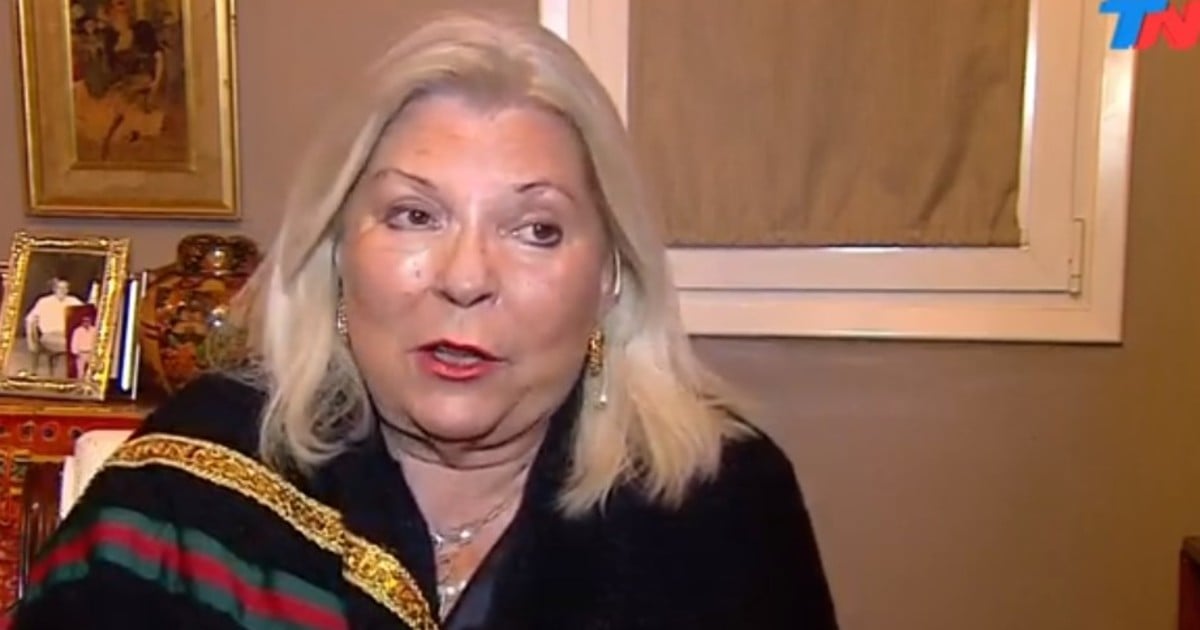 The head of the Civic Coalition, Elisa Carrió, once again questioned the policy of the national government in the purchase of vaccines against coronavirus, spoke of a geopolitical alliance with Russia linked to Iran and assured that Vice President Cristina Kirchner “works for Sputnik”.

On the eve of the videoconference that President Alberto Fernández will hold with his Russian counterpart, Vladimir Putin, to announce the start of production of the Sputnik V vaccine in Argentina by the Richmond laboratory, Carrió presented a vademecum that would explain the underlying issue of the relationship with Moscow.

“This alliance with Russia is made by Cristina, to the point that it makes an exchange alliance with Russia. She works for Sputnik, that’s why Richmond, who is the husband of her close friend who is going to manufacture Sputnik in Argentina, “revealed the former deputy. The reference has to do with the pharmaceutical businessman Marcelo Fuigeiras, who will be in charge of the production of Sputnik VIDA, the national version of the Covid vaccine.

When explaining how she reached that conclusion, the representative of the Civic Coalition indicated that “there is a geopolitical reason” that justifies the lack of an agreement with the North American laboratory Pfizer, which generated so much controversy between the ruling party and the opposition in a context of scarcity of vaccines.

“There is an explanation, especially from Cristina Kirchner, but it is a geopolitical explanation that explains why is there no Pfizer with a degree deeper than simple negotiation, “said Lilita.

In statements made in the program We Are Already Big led by Diego Leuco in TN, Carrió retraced the situation to the moment that the current vice president was in charge of the Executive. “When Cristina makes an alliance with Iran, she also does it with what is called in the Middle East, the Shiite Crescent“said the former legislator, referring to the imaginary geopolitical entity made up of Bahrain, Iran, Iraq, Syria and Lebanon, a group that also included Russia.

According to her interpretation, Cristina Kirchner signs the memorandum with Iran to ultimately leave without defendants to trial for the attack on the AMIA and thus guarantee that “no Iranian comes to testify to Argentina.” “There is also a triangulation, as I stated in the case for the assassination of (Alberto) Nisman, so that through Venezuela, Argentina can help with human capital (to Iran) in the development of enriched uranium,” he added.

“The geopolitics to come has continuity with the pact with Iran“Lilita warned, to specify later that” Russia played with Iranian intelligence, those who are Shiites, to enter the crescent. ”

At this point he recalled that in principle, President Alberto Fernández, had agreed with the businessman Hugo Sigman, CEO of the INSUD Group, to which the mAbxience laboratory belongs, the provision of vaccines against Covid developed by the University of Oxford and AstraZeneca.

“The business at the beginning was with Sigman, a close friend of Alberto Fernández, who is the one who begins to produce the AstraZeneca vaccine, which is an authorized vaccine,” Carrió indicated. However, this agreement generated “Cristina’s anger with Sigma”, since according to his interpretation the intention was to bring only the Russian vaccine.

Meanwhile, the then Minister of Health, Ginés González García was negotiating with Pfizer. “Cristina, who is angry with Ginés, told her here is Sputnik,” Carrió added to insist that behind the vaccine controversy there is a geopolitical issue. “What Cristina is doing is an alliance with the autocracies,” concluded the former deputy, who pointed out that “the geopolitical struggle made many people die due to the lack of vaccines.”

Finally, Carrió also charged the Russian president. “Putin is a psychopath who poisons his opponents, violates human rights, is cruel,” he accused.