For Daniel Gollan, it would be ‘an aberration’ for the Court to rule in favor of the City for face-to-face classes 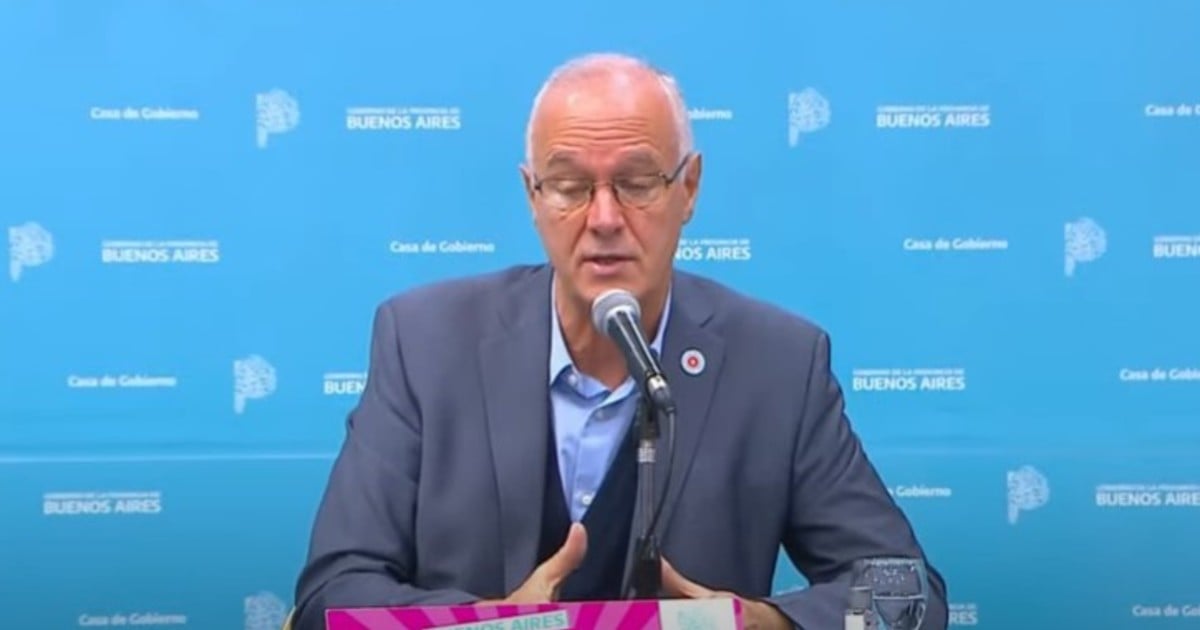 Buenos Aires Minister of Health, Daniel Gollan, described as “an aberration” the possibility of the Supreme Court of Justice ruling in favor of the City of Buenos Aires on face-to-face classes.

“It would be an aberration to decide on health issues by separating the jurisdictions as if they were autonomous things,” argued the official, during the weekly health report.

“This is not a tax that will affect the City, the province or a municipality. What happens in that place does not affect only that place. We believe it is essential that it be taken into consideration that the virus does not respect political jurisdictions“he added.

The provincial chief of Cabinet, Carlos Bianco, agreed with Gollan and said that when the two jurisdictions (Nation and City) have jurisdiction, “the one that should prevail is the federal one.” And he pointed out: “We hope that this is the ruling, that national competition prevails, what the national government established on a health situation.”

Carlos Bianco pointed to the City for the face-to-face classes.

“We have to try that the same measures are fulfilled on one side and the other of General Paz and the Riachuelo, because if not what is going to happen is that Buenos Aires will end up making an additional effort to what the Buenos Aires do, “he concluded.

Bianco said that at all times they will comply “to the letter” the decree signed by Alberto Fernández and that they will evaluate the steps to follow once it expires: “I hope the cases continue to fall, I hope it will be faster. I like to give classes by Zoom, I prefer a projector, a chalk, look the students in the face. No one doubts that face-to-face is the best form of teaching, nor does anyone doubt that we are in a pandemic and that certain measures must be taken to lower infections, hospitalizations and deaths “.

The Chief of Staff stated that the Province “is not going to plunge into anarchy” and quoted Governor Axel Kicillof: “Within the law, everything; outside the law, nothing.”

Although both officials said they did not know what the decision of the highest court will be, in the last hours it emerged that the Court would support the autonomy of Buenos Aires, which would imply the continuity of face-to-face classes in the district.

On Monday, four of the judges of the Court presented their votes at the Secretariat for Original Proceedings. Elena Highton de Nolasco will abstain because it already considered, when Horacio Rodríguez Larreta filed the appeal, that it is not the jurisdiction of the Court to be directly involved in the disputes between the Nation and the City.

The five members of the Supreme Court of Justice of the Nation.

According to judicial sources, Horacio Rosatti and Juan Carlos Maqueda gave the same arguments to rule on the autonomy of the City of Buenos Aires.

Rosatti and Maqueda were conventional constituents in Santa Fe, where in 1994 the constitutional reform was sanctioned. In article 129 – which both courtiers supported at that time – it says that “the City of Buenos Aires will have an autonomous government regime, with its own powers of legislation and jurisdiction, and its head of government will be elected directly by the people of the city. “

Ricardo Lorenzetti and the President of the Court, Carlos Rosenkrantz, also presented their vote in the Secretariat. It would go in the same line of defense of autonomy although it could contain different arguments.