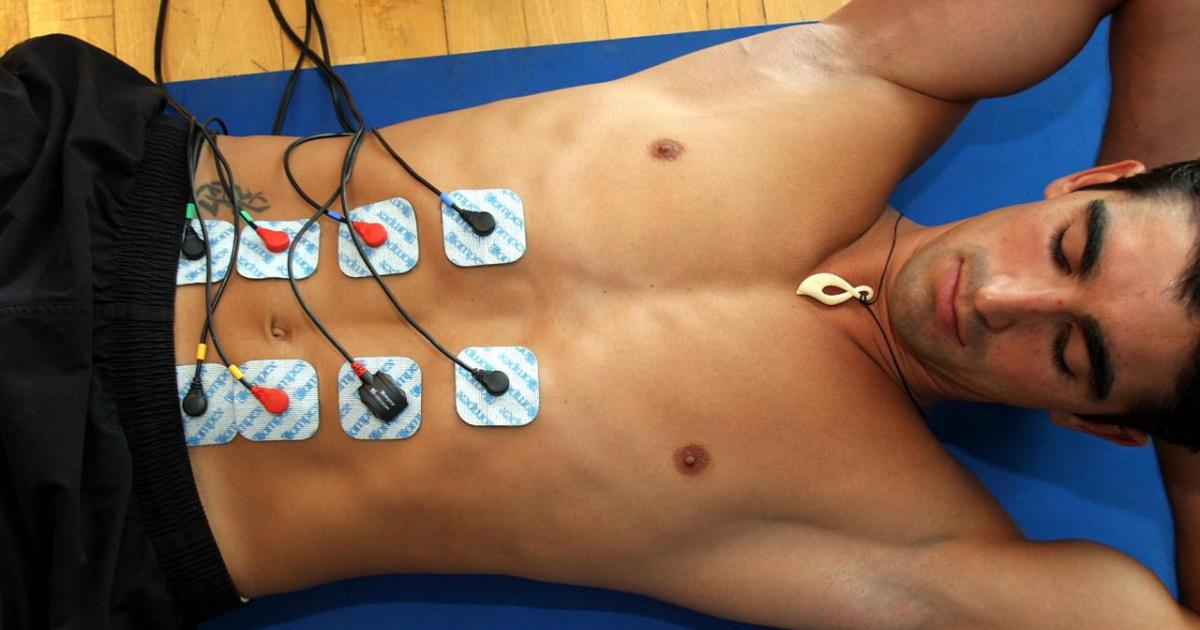 There’s a Speed ​​Fitness Boutique in Portals Nous. You go in, put on a fancy jacket, do a few lunges and bicep curls and then leave, supposedly with the benefits of a 2-hour gym session. Sounds wonderful, doesn’t it? As somebody who makes a living motivating his clients to do some proper exercise, the twenty-minute whole-body electric muscle stimulation workout (WB-EMS) offered by Speed ​​Fitness sounds like an overpriced con. I wondered; does one of the fastest-growing fitness trends really provide an effective workout? And, if so, is it safe?

Electric muscle stimulation has been around for a long time. The ancient Egyptians used the shock from the electric catfish of the Nile to treat pain from arthritis. In 1745, German physician Altus Kratzein asserted that electrical currents could manipulate muscles. Soon after, the Italian physician and pioneer of bioelectromagnetics, Luigi Galvani, provided the first scientific evidence that current can activate muscle in 1761. He passed an electric current through a frog’s spine to control muscle contractions in its legs. The new technology suggested that electricity could restart life, fueling fantasy and providing a storyline for Mary Shelley’s 1818 novel, Frankenstein.

Today, electric muscle stimulation helps immobilized patients, such as those with spinal damage, to maintain muscle mass. Top athletes, such as Usain Bolt, Cristiano Ronaldo and Rafael Nadal, use EMS to repair injured muscles. Being low impact, the whole-body electric muscle stimulation workouts offered by boutique fitness centers, like Speed ​​fitness, provide an alternative for those suffering from sore knees or shins or for post-partum mothers with diastasis recti (abdominal muscle separation) or a prolapsed pelvic floor. But is WB-EMS really a replacement for anyone who says they lack the time, enthusiasm or ability for a more traditional gym workout?

The problem I found researching this topic is that most reports on the effectiveness of WB-EMS are by those either offering the service or selling the relevant equipment. Those looking to make a profit from the practice most likely fund the studies assessing its efficacy, too. Unbiased opinion was hard to come by. WB- EMS is hot right now, and in the fancy and persuasive world of boutique fitness, I found myself drinking the cool-aid.

Theoretically, the treatment works. Muscle growth, also known as muscle hypertrophy, occurs when muscle fibers sustain damage or injury. Regularly increasing muscle load, resistance and strain achieve this the old fashioned way. The body then repairs damaged fibers by fusing them, increasing the mass and size of the muscle.

EMS impulses mimic the electrical activity that comes from the central nervous system, causing muscles to contract. EMS puts so much additional strain on the muscles that whilst doing bicep curls in a WB-EMS electrode jacket, 4lb dumbbells feel like 20lbs dumbbells.
Sounds great, but I suspect there might be some downside to increasing muscle strength without simultaneously preparing joints and ligaments for greater loads.

The patient receives minimal muscle contraction at ten milliamps and 35 volts, benefiting only the fast-twitch fibers and surface muscles. At ninety milliamps, treatments are excruciating, and physicians reserve such intense treatment for paraplegics and quadriplegics since they generally have no sensitivity.

Overuse of EMS may also have adverse effects on the body. Too much muscle activation causes excess muscle damage. Broken muscle fibers release the protein myoglobin, along with the enzyme creatine kinase, into the bloodstream. The kidneys filter these particles out of the blood. But excess myoglobin and creatine kinase can cause kidney failure leading to the condition known as rhabdomyolysis.

In 2012, two professional football players were diagnosed with rhabdomyolysis after training with EMS. Anyone looking at regular WB-EMS workouts as a gym substitute should consider assessing their kidney and thyroid function. And if they become symptomatic for severe muscle weakness or notice dark discolouration of their urine- both symptoms of rhabdomyolysis- they should stop the training and contact their physician.

So, is whole-body electric muscle stimulation a way to skip the gym and cheat our way to the body of our dreams? Perhaps. But as with any fad, time will tell. In the meantime, proceed with caution.