Footballers and padel, what a passion. Zambrotta: “I’ll explain why it is successful” 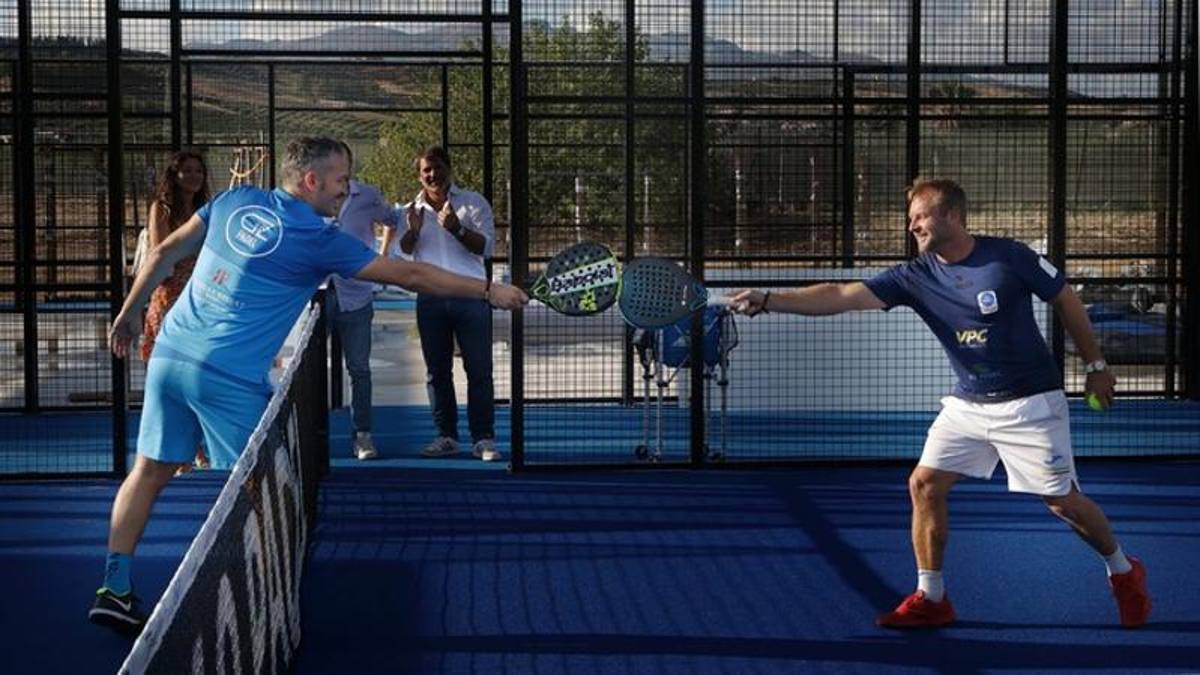 The 2006 world champion became an entrepreneur in this sport, like Ibrahimovic, Albertini, Casiraghi and others. And how many former champions compete on the pitch: from Totti to the Azzurri coach Mancini

More than fashion, it is now a reality, a waiting game that no longer waits. You write padel and you read mania, because now if you don’t make two exchanges you are out of the loop. Especially among former footballers. Everyone plays padel: Ibra has opened a center in Sweden, Albertini and Casiraghi have done it in Milan, Zambrotta has several projects, while Totti has built a field in his backyard. Fun in friendship, competition between those who have won everything, but also investments.

The growth of the padel you see from the increase of the fields. In 2019 there were a thousand, now they are more than three thousand. Today there are more than 60 thousand members, two years ago there were about 7 thousand (and in 2014 only three hundred …). Some centers, then, are dismantling the tennis and soccer fields to add a couple more for padel. Rome is the city with the most fields in Italy, just take a ride along the Tiber to notice the boom: from Parioli to Magliana it’s padel-mania. “It is an intuitive, socializing, aggregative sport. And then the post game recalls the atmosphere of the locker room: teasing, comments, analysis. We have fun”. Word of Gianluca Zambrotta, 44, a life on the wing between Milan, Como, Bari, Juve, Barcelona and the national team, World champion in 2006. Full wing winger, first winger and then full-back, today he covers the field from ” defender”. He plays right and runs: “What I did before”. Padelist from the first hour, he has several projects in his hands.

In 2014 he opened one of the first fields in Italy in Como, his hometown (Eracle Sports), and today he is about to inaugurate another couple of fields. Then there is the “Z padel Club”, inaugurated in Piazza Gae Aulenti in Milan a few weeks ago. From 1st July to 23rd August there will be two temporary camps. The latest project bears his initials and his old number, GZ19 Padel, aimed at bringing this sport to luxury resorts. “On 18 July we inaugurated two fields at the Verdura Resort in Sciacca, Sicily, in collaboration with Rocco Forte Hotels and Marcelo Capitani, one of the strongest players in Italy and Italy Under padel coach. The idea is that of create ad hoc Academies, in order to bring even the youngest players closer. The average age of those who play remains high “.

Why is the padel successful? Zambrotta says his: “Learning is easy, especially at an amateur level. You can play at all ages. Then you have fun, there is competition. It is a game of waiting and control. Much easier than tennis”. Discovered in Spain 15 years ago: “I was playing for Barcelona, ​​a friend took me to try and I have never stopped. There I am 10 years ahead of us. In Italy the explosion was also facilitated by the pandemic: for a long time it was possible playing only padel. Now there is also excellent media coverage. Sky has bought the rights of the World Padel Tour, a turning point “. In 2023 it will be one of the sports disciplines at the European Olympic Games in Krakow. “The response is enormous – says the former full-back – FIT is understanding the extent of the thing. It is a boom in subscribers”.

Almost all of the 2006 world champions play, often against, so as to write some mockery messages in the historic chat: “Materazzi and Barzagli are opening a center in Perugia, then Grosso, Zaccardo, Barone, Totti”. And again Marchegiani, Fiore, Di Canio, Marcolin, Mihajlovic, Di Vaio, Vieri, Mancini, Di Biagio, Candela, Cassano. Some have turned passion into entrepreneurial activity. Albertini and Casiraghi, for example, have opened a nice center in CityLife, Milan, one of the most important in the tour. Even the former Milan midfielder discovered it in Spain: “I had just arrived at Atletico, I looked out of the hotel window and noticed dozens of fields. I didn’t know what sport it was, but there was a bustle every night of players “. Finally, Ibra has 5 centers scattered around Sweden (Padel Zenter). The latest in Uppsala, “The Coliseum of Padel”: 9 indoor courts. After Spain and Italy, Sweden is the European country with more structures. Reality there too.