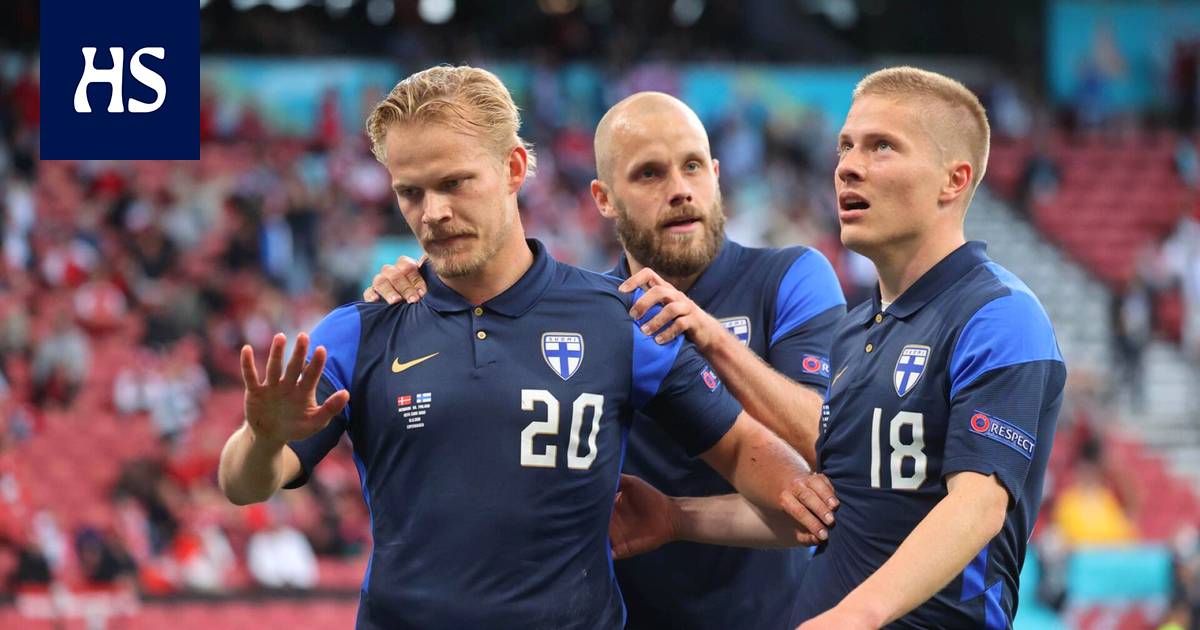 Joel Pohjanpalon the low-key ventilation in the Owls Denmark match was a stylish gesture Christian Eriksen towards.

There was a desire to respect the opposing player who had experienced the accident. His health took precedence over everything else – even past the first national team goal.

Football is basically a gentleman’s game, although filming and crashes make it difficult for that image to emerge at first sight.

The game has its own code of ethics. There are many unwritten rules, and often the boundary can be very volatile. Opponents must not bow down, but they must be respected. They are two different things. This is taught to players from an early age.

So what does the code of ethics for football include?

The most common the gentlemen’s rules seen within the game include, for example, playing the ball out of the field when one of the players is injured and returning the ball to the team that controlled it when the treatment measures are over.

These situations happen at almost every football match, regardless of level. Sometimes gentlemen’s rules even decide matches. Sometimes series worth millions.

In 2019, England’s Leeds United played the last matches from a direct promotion to the Premier League. The match against Aston Villa was 0-0 when the player was injured. Leeds did not play the ball out, but attacked and scored.

Proponents of passionate Leeds had been waiting for the rise for 16 years. The goal confused the fans.

Coach Marcelo Bielsa however, gathered the players together and ordered them to let the goal in front of thousands of spectators. The rise of Leeds was a dream.

Read more: Leeds’s personal manager made a surprising snatch: donated a goal to an opponent in the name of a sports spirit

“It was quite incomprehensible. Get a world-class coach and then when you’re on the rise, he decides about that. The start came, and the players stood and let Villa score a goal. It muted the auditorium and the whole football world. It was a tradition of ethics, ”Malinen sums up.

The code of ethics is not black on white. Still, everyone working in the sport knows it.

“They are rules that are not recorded anywhere. From an early age, regardless of country or citizenship, there are certain things, ”says Malinen.

No goal is scored against the former club. No killing orders are distributed in practice games. The adversary is not unnecessarily humiliated. All are good guidelines for those intending to pair the sport.

“If a player is broken, it is important to apologize and often players go to give up or lift a fallen player off the field. And if a team is already playing against a team that has secured a championship, honors are often formed and the opponent is valued through it, ”Pihlaja lists.

Sometimes there are completely unexpected situations on the ground where practices are less well established. They measure the situational awareness of players.

“Once upon a time, there was one player wearing a hijab scarf who fell off that scarf in the middle of the game. At the same time, both his own and his opponent’s players made a protective wall around him so that he could put the scarf back on his head in peace behind the wall. It was a great, quick response, ”Pihlaja praises.

In the Football Association Pihlaja, who works, emphasizes the importance of role models in maintaining football ethics. He cites the longtime captain of FC Barcelona and the Spanish national team as an example Carles Puyolin.

Carles Puyol didn’t watch the filming of his own players on the field. Picture: Eloy Alonso / Reuters

“He was a really great leader and role model. He could go pull his own team player off the field if this one was left to film. Or if someone celebrated the goal too expressively, he could order him to stop and continue playing. And if his own player mumbled to the referee, he often went to pull this out of there. ”

Football should respect not only its own and the opponent’s players, but also other people working in the sport. Especially in junior teams and lower league levels, activities are based on volunteering. So the backgrounds of the clubs also deserve the respect of the players.

“The backpacks have to be put in a row, the vests have to be collected in a bag and the guardians have to say thank you. In a way, they are just basic usages. We value that activity and other people, ”Pihlaja guides.

Juha Malisen According to him, the ethical side of Finnish football is at a good level. He has also seen many other cultures in his career. Although Finland is not perceived as a football nation, at least the values ​​are right.

“Finland is an obedient and well-educated nation. We respect the opponent and everything is done on top of the last one. When I was in Kazakhstan, I noticed that there is an awful lot of difference between the nations, ”Malinen updates.

A few aspects of the culture came as a particularly big surprise to the coach.

“For example, ethical issues, the reliability of referees, trust in players and the use of various performance-enhancing substances. They were a shock to me. I have never come across one in Europe, ”he says.

Read more: How is it possible that Eriksen’s heart stopped in the middle of the match? This is how Finland’s top doctors respond

Read more: The Italian media reports from Christian Eriksen: “Thank you all, I will not give up”

Read more: The spectator was seriously injured after falling out of the Wembley stands in the middle of the English European Championship match