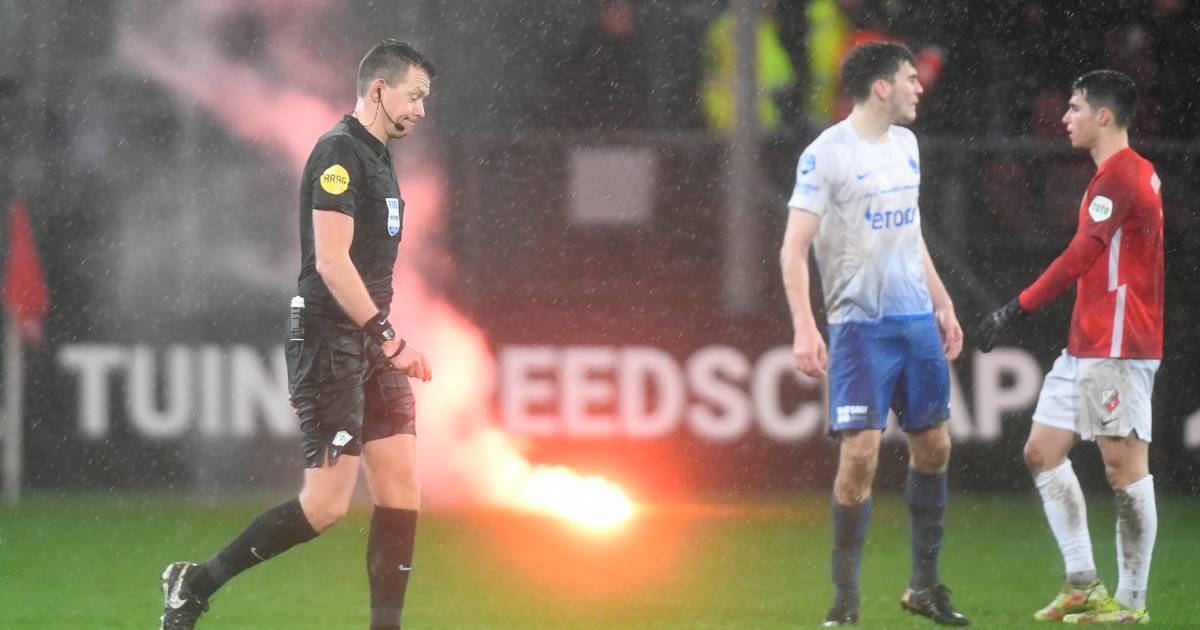 Two tons in fines and more than fifty stadium bans. That is the sad balance that Vitesse has made after the umpteenth match with football riots.

In a long message on its own site, Vitesse an interim score of all the misery that a small part of its own supporters caused last season. ‘s match last Friday against Sparta, which involved beating a flight attendant and throwing fireworks and beer, was the latest in a series that went awry in the stands. There were also skirmishes at FC Utrecht, Tottenham Hotspur and Stade Rennais FC.

Vitesse is disappointed that the club is getting a worse name with UEFA, KNVB, but especially with its own supporters. The fine for the many incidents is expected to rise to 200,000 euros this season. Police, justice and mayor Ahmed Marcouch demand that Vitesse take firm action against the offenders. “But perhaps the worst thing is that a number of supporters no longer feel safe or comfortable in the stadium. Families and children sometimes even prefer to stay at home. That cannot and should not be the case, can it?’, writes Vitesse.

Fireworks dogs at the entrance

For the match against AS Roma next Thursday, Vitesse again calls on the supporters not to throw anything. The club will engage additional security personnel and firework dogs will be deployed at the entrances of the sold-out Gelredome.

The fans of AS Roma will be received on Thursday at the Rijnkade, where a meeting point has been set up.