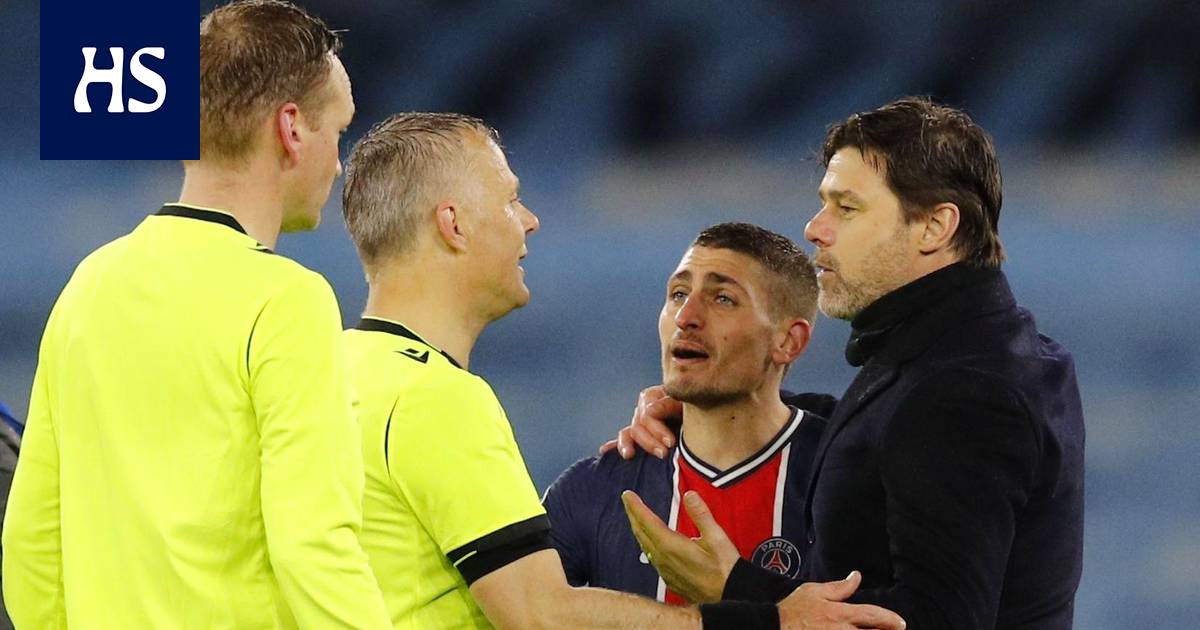 Paris The Saint-Germain players went hot after a semi-final loss to the Champions League on Tuesday night. In addition to the defeat, at least two players claimed the match to the Dutch referee Bjorn Kuipers would have verbally insulted them during the match, according to Reuters.

PSG: n Ander Herrera told reporters after the match that his teammates Leandro Paredes was the target of the referee’s insult. According to Herrera, Kuipers cursed Paredes.

“We’re talking about respecting the referees. If we say this [solvauksen kohteeksi joutumisen], we get a three- or four-match ban, ”Herrera told French RMC Sport, according to Reuters.

Also another player on PSG Marco Verratti said after the match that he was insulted by match officials.

PSG: n head coach Mauricio Pochettino stated to the media after the match that he believes his players’ claims. According to Pochettino, the European Football Association (Uefa) needs to look into the matter.

“I didn’t hear anything on the edge of the field. If there was something and so, as the players said, maybe Uefa will investigate the case, ”Pochettino said.

“But that’s not an excuse I can mention now. The most important thing is that we are not in the final and that is why we are really disappointed. ”

Elections in Madrid: Iglesias resigns, Ayuso and the PP win | results and winner of the 4M |