Football Minna Kauppinen demands, but does not blunt – The Stadi Cup, led by a former national team keeper, has zero tolerance for shouting 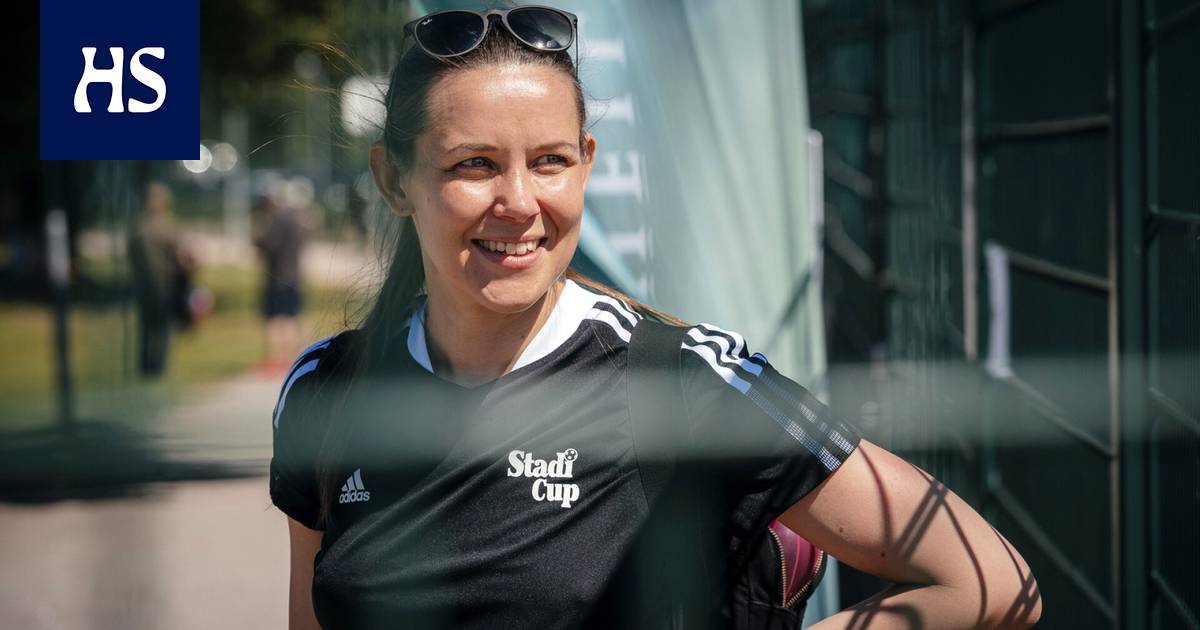 Chop Fans blaze in the sunny grass, behind the fence, incentive forces have sought shade from the trees to watch the games. The girls’ football tournament Stadi Cup is in full swing.

At the information point, the executive director of the tournament Minna Kauppinen negotiates with the company delivering the handicrafts on site.

Last year, the traditional tournament was missed due to the coronavirus, but now the event was held. Of course, taking health safety into account.

The Stadi Cup plays an important role in promoting football culture for girls and women. Encouragement and encouragement are important values ​​for the tournament.

“Experiences and fire for football are sought here. At these events, girls can be given such a feeling that they really want to invest in football, ”Kauppinen says.

Kauppinen, a relative of his own, Meriluoto, is a former goalkeeper. He played 64 A national matches and ended his playing career in the fall of 2018. In the same year, he started as the Executive Director of the Stadi Cup.

Minna Kauppinen followed when NJS’s Super Flashes met IHK’s Blues. Last year, the tournament was missed due to the corona. “You see that the team is pretty excited to get back on the field again.” Picture: Antti Yrjönen

Girls football has been in good spirits and new enthusiasts have come in constantly, but lately in times, there has also been nasty news from women’s playgrounds.

The whore cry used by the Ilves coach in the women’s football league team is currently being considered by the Football Association’s Disciplinary Committee.

Earlier, the board ordered the guardian of the same club to ban the three-match steward from shouting “fucking lesbian” in the futsal league.

Kauppinen does not understand or accept such. The shouts are mostly stale breezes from some completely foreign world.

“Such shouts don’t go into my own head in any way. It’s so far from your own way of thinking. ”

In Kauppinen’s opinion, it is really good that things have been reported so that such activities can be eradicated from the species as quickly as possible.

“Sure, it would be nice if the games interested the media as much.”

If improper use is detected in the Stadi Cup, it will be addressed immediately. According to Kauppinen, cases are rare, but they are taken seriously.

“Situations are passed on to tournament assistants and judges. If there have been any shouts, then we are in touch with the clubs. We are very careful with that. ”

An umbrella protected the player from the sun in a hot tournament. Picture: Antti Yrjönen

Offensive shouts are of no use to anyone, one should rather consider how players could be encouraged and their self-confidence built.

Kauppinen, who serves as HJK’s B-girls goalkeeper coach, maintains a positive atmosphere in his coaching. That doesn’t mean he wasn’t demanding.

“It can be demanding in many ways. During gameplay, I’ve demanded a lot from my teammates, but never in the way that you really do? Some may want tighter speech, but then you need to know that the player wants one. Some people just lock up from shouting. ”

Kauppinen himself states that he is quite sensitive, but points out that the trait should not be nailed to sex.

“Just as women are stubborn, that doesn’t mean we’re all somehow sensitive, and nothing should be said. You can still think about what to say. ”

Most importantly Kauppinen considers it a characteristic of a coach that the coach knows his player.

“If there’s nothing to worry about, what that player thinks or wants, or how to get him to play his best, then it’s time to play.”

In addition to club activities, Kauppinen wants to develop girls’ football activities more widely. She is involved in the girls’ high school camp at the Tanhuvaara Sports College in Savonlinna, which began last year.

During the camp, the aim is to create professional conditions for young people to practice.

“At that age, young people were wondering if they would go to a sports high school or what they would do. We want to confirm that sport is one possibility. During the camp week, they will see what it could be like. ”

Minna Kauppinen describes herself as “quite sensitive”. It has helped to understand the feelings of the trainees. Picture: Antti Yrjönen

Games rotating in hot weather. Edges at the edge of the field Peppi Pallaste, Pihla Nikula and Kiira Jäderholm enjoy the sun. The trio will play in HJK, but their own team will not be in the tournament this year.

However, it’s nice to come to the tournament, so now the 17-year-old football players are there for the job. Pallaste is happy that the girls’ football will be at the center of the tournament.

“It’s nice that this is just for girls, highlighting girl football and giving it a spotlight.”

Officials describe the tournament atmosphere as relaxed. That’s what sets the Stadi Cup apart from foreign tournaments. There, players face expectations and games can be exciting.

“There’s a good mood here, it’s a little tighter abroad. When you go abroad, you have to make a profit. It’s just nice to play here, ”says Jäderholm.

Kiva has not ruled out good football, as the Stadi Cup has generally gone better than foreign tournaments.

“Probably just because it’s more fun to play here and not so serious,” Jäderholm continues.