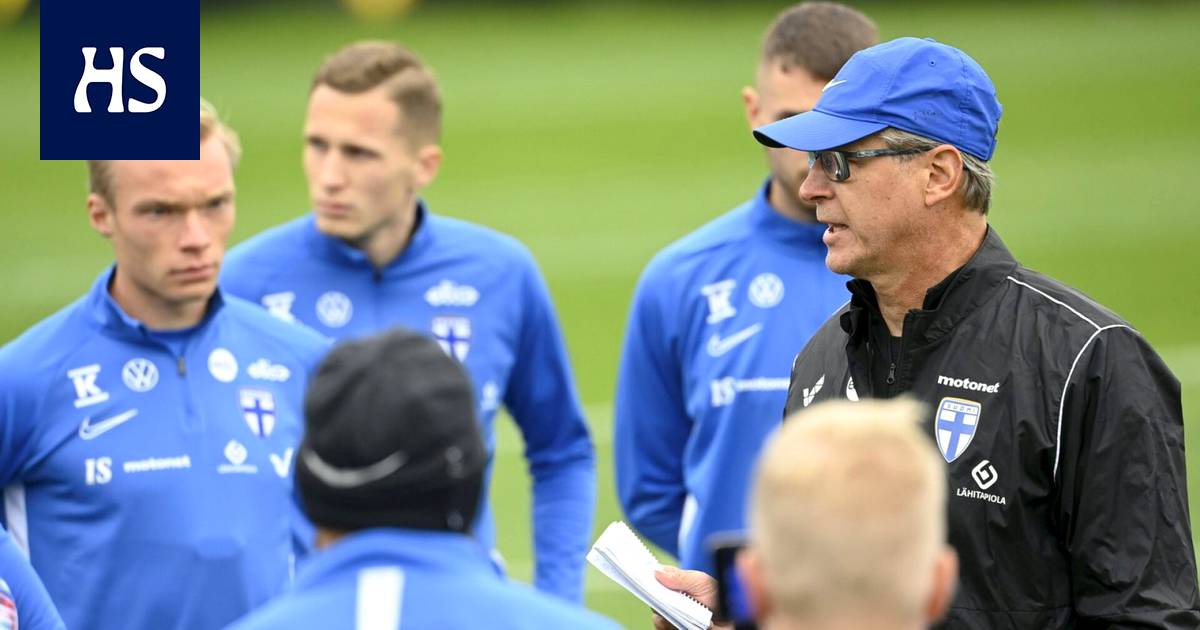 The head coach of the Finnish national football team, Markku Kanerva, would prefer to skip the meeting between Norway and Sweden in the European Championship qualifiers, which the Huuhkajat can enter from the second draw.

Screamers head coach Markku Kanerva watched closely on Tuesday evening how Huuhkaji is doing in terms of the best group second place in the Nations League.

First, Kanerva followed the match between Norway and Serbia, but with Serbia leading 2–0, the game changed to the game between Armenia and Ireland, where Armenia came back two goals behind.

Armenia’s victory would have meant a change of group jumbo, which would have mixed up the deck also in the comparison of the runners-up.

“There was a bit of tension. If Armenia had taken care, it would have been a disaster. It was interesting. Have we ever been in second place?”, Kanerva thought to HS by phone.

Along with Finland, Austria, the Czech Republic, England, Wales, Israel, Bosnia and Herzegovina, Serbia and Scotland are in the second basket of the European Championship group draw. These teams cannot therefore be in Finland’s group.

“Yes, quite challenging teams can come, but it makes it easier if you think that France and England can’t come and you don’t have to go to Zenica anymore. It’s a familiar enough place.”

Bosnia and Herzegovina plays its home game in Zenica. Finland has played in the same qualifying group in the last two qualifiers and this time in the Nations League.

Barely in the day after finding out the result, a block of wishes has also formed in Kanerva’s mind. The first basket is full of tough teams, but Kanerva’s choice would fall on Hungary.

In the second basket, Finland is itself, so the next team would be from the third basket. Both Norway and Sweden would be available there, but Kanerva’s choice would go elsewhere.

“I would take Armenia from the triple basket,” Kanerva reveals.

“Even though Sweden was relegated, it’s a good team. Similarly, Norway is bad. If coming from the Nordic countries, then Iceland.

From the fifth basket, the best option in Kanerva’s opinion would be Gibraltar, from the sixth, San Marino. As an alternative to Gibraltar, Kanerva offers Malta.

The Nordic topic of the Nations League has been Sweden’s relegation from the B-League one step lower. When evaluating blue-yellows, you shouldn’t let it fool you too much.

“Sweden has played at a very high level in recent years and the expectations are really high. It’s been harder now. These always happen from time to time, when everything is not quite right. From our point of view, it was a good result, but I believe that Sweden will still come from there”, says Kanerva.

“They have a good team and some absences. Will certainly be analyzed carefully. I believe that they will turn the course around.”

Finland in the last decade has sometimes even had four baskets in value competition draws. Compared to that, the second basket is a clear development. The League of Nations has been played for three seasons now, and Kanerva is satisfied with the fresh competition for Huuhkajie.

“In the Nations League, you can play against teams of your own level. When we got to the B-league, we got even tougher games. These have stakes and are high-quality games. This is a very welcome competition that has served us very well.”

The European Football Championship will be played in 2024 in Germany.

Correction 28.9. 17:58: Denmark is in the first basket of the group draw, not in the second basket with Finland, as was reported earlier in the story.