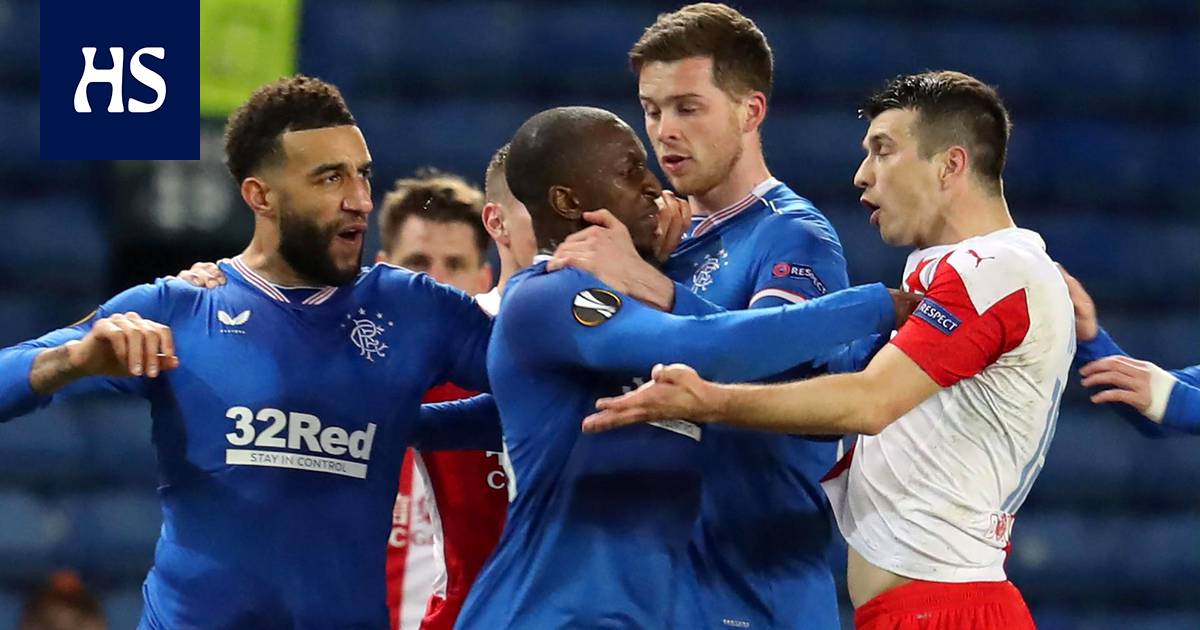 To the midfielder of the Glasgow Rangers and the Finnish national football team Glen Kamaraan was subjected to racist insult in Thursday’s Europa League match against Slavia in Prague, he says BBC.

At the end of the match, Slavian’s Czech defender Ondrej Kudela covered his mouth and said something to Kamara that angered the Finnish player. It also infuriated other Rangers players. Also Rangers manager Steven Gerrard was angry.

“Kamara told me he was insulted racistly. I am angry. I know Glen and I trust him 100%, ”Gerrard said after the game.

Slavia Prague published bulletin soon after the match, where it vehemently denies racist shouts on the field. Yes, Kudela admitted that he had lost his temper.

“I said you damn dude. I was in a state of emotional turmoil, but I vehemently deny that there was anything racist in those words, ”Kudela commented.

“The responsibility lies with Uefa. I hope it is not swept under the rug. ”

Gerrard said he asked Kamara on the sidelines whether he wanted to continue or leave the game. Kamara continued to play.

The match after Gerrard chats with Slavian Manager Jindrich Tripisovskyn and representatives of Uefa. Gerrard was not very confident that Uefa would react very strongly.

“I’m terribly afraid that what I hope will happen will eventually be different from what’s going to happen. This is still evident too much in games. A lot of work is being done to make it disappear from the species. I feel anger and disappointment myself. ”

Slavia Praha advanced to the European League semi-finals with a total of 1-3 goals.