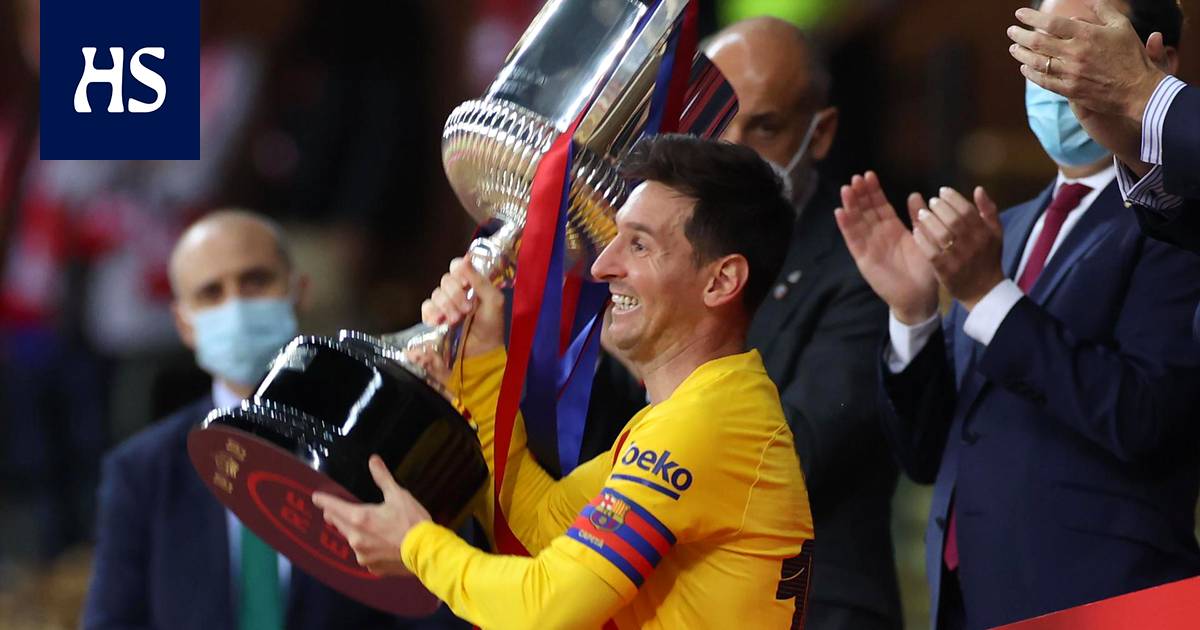 Barcelona won its first trophy under head coach Ronald Koeman when it knocked down the Athletic Bilbao crushing score of 4-0 in the Spanish Cup final.

Saturday’s late-night match was settled in just 12 fatal minutes with Barca scoring four goals into the tube in the second half.

Team superstar Lionel Messi scored two goals. Messi was involved in winning the Spanish Cup for the seventh time. The goals of Mess, who had a plush beard, were born within four minutes of each other.

“It is quite special to be a captain in the team, where I spent my whole life, and it is very special to get to the lift this trophy,” commented Messi.

The team’s other goal scorers were the French striker Antoine Griezmann and a Dutch midfielder Frenkie de Jong.

Bilbao the loss was particularly stinging because the team had also lost just two weeks ago to the finals carried over from last year to Real Sociedad.

“In both finals, we played well below the level we are capable of,” said the team coach Marcelino Garcia Toral.