Football and superstition, the ritual of Italy: Vialli and the gag of the bus 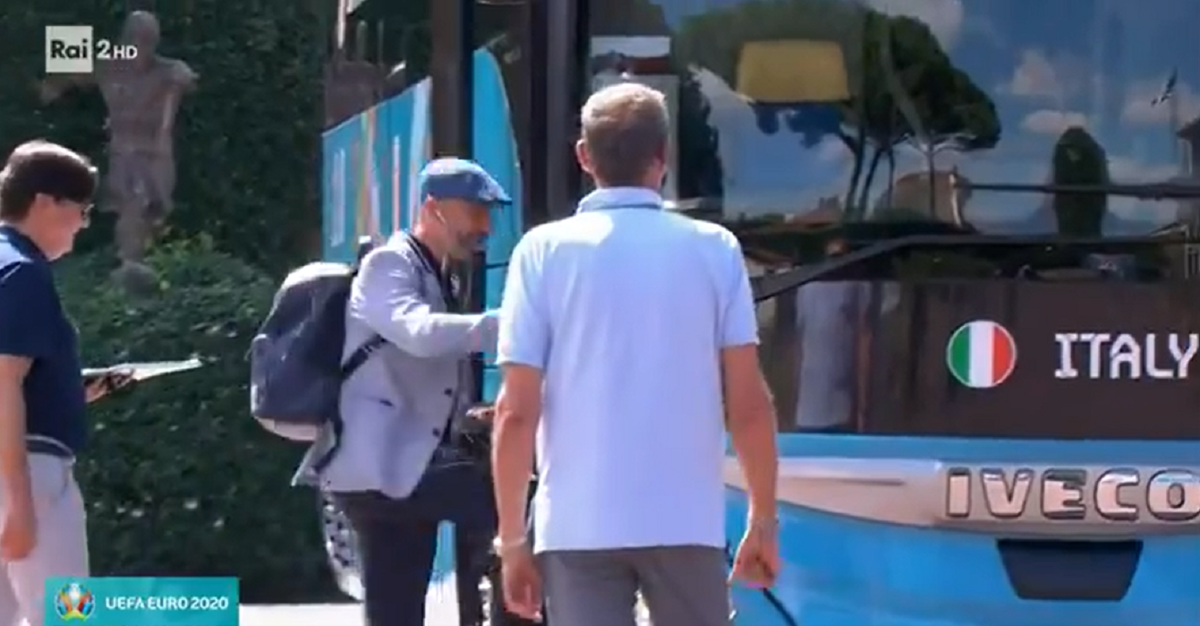 Football and superstition: Italy at Euro 2020 adopted the rite of letting the head of delegation Vialli get on the bus last

Italy is preparing to face Spain tonight at Wembley in the first semifinal of Euro 2020 and like every match the head of delegation Gianluca Vialli will be the last to get on the bus that will take the Azzurri to the stadium. The national team has in fact adopted a strict pre-match ritual that provides for a very specific order of entry on the bus. The first is Mancini and the last one is Vialli. Among the players, however, the first to climb is Acerbi with Donnarumma last. This curious ritual arises from the fact that before the match with Switzerland the bus was leaving without Vialli but, realizing his absence, he stopped to make it go up after a few meters. With the continuation of the competition, the nice curtain has become a superstitious ritual.

Football and superstition: all the strangest ball rituals

The Azzurri aren’t the only ones who don’t try their luck. There are many players who often follow absurd rituals to ensure victory. Laurent Blanc during the France 98 World Cup had got into the habit of kissing goalkeeper Barthez’s head every time he entered the field. Tomáš Rosický who never sang the national anthem after he noticed that the Czech Republic lost every game.

Kolo Tourè, former Arsenal and Manchester City, always had to enter the field last. Curiously, his superstition once cost him a warning. In 2009, during the interview of the Champions League match between Roma and Gunnes, his teammate Gallas was still on the pitch receiving treatment for an injury. Tourè therefore could not enter. The referee then whistled the start of the second half with Arsenal in nine. Gallas eventually entered the field followed immediately by Tourè. The Ivorian, however, had not asked for the referee’s ok and for this he was given a yellow card.

Coaches are also the first to make extensive use of superstitious rituals. Famous is the bottle of holy water that the national team coach Trapattoni always had with him at the World Cup in South Korea in 2002. Domenech, on the other hand, when he was coach of France did not hide the choice of who to call on the basis of astrology.

Even the great strikers have their own rituals to propitiate the goal. Cristiano Ronaldo, for example, to prepare for each game puts his cleats in hot water and always puts on his right sock first. Dele Alli, on the other hand, wears the same shin guards as when he was 11 years old. Cruijff when he was at Ayax used to slap goalkeeper Gert Bals on the stomach and spit gum in the opponents’ half before the kick-off.

Many follow a particular diet. Pippo Inzaghi ate a packet of plasmon, always leaving two at each game. Jami Vardy instead drank half a bottle of Porto the night before the match and three Red Bulls in the morning. Despite not being a very healthy diet, the striker celebrated his Premier League victory with Leicester and the title of top scorer that year.