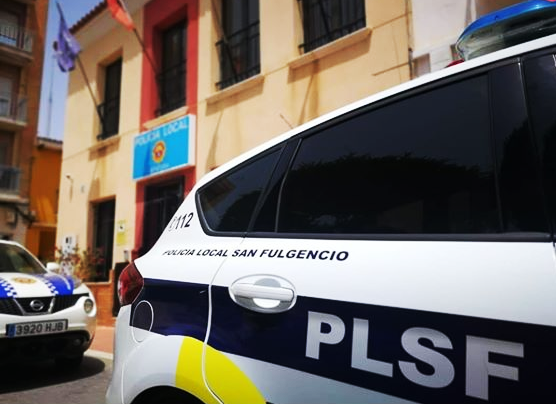 SAN FULGENCIO local police caught a hooded car thief that had been spotted by shoppers at a local retail complex.

Additional street patrols and checkpoints had been set up after car thefts had been reported within the municipality.

But it was the intervention of witnesses reporting suspicious circumstances at one of the La Marina shopping centers that led police to the perpetrators.

A car was seen with a person inside waiting for another, presumably to aid in an escape from the commercial area located next to the N-332 on Tuesday, March 9.

Police officers turned up and immobilized the car, arresting the occupant who was identified as a known thief.

His hooded accomplice took flight and was chased on foot, eventually being apprehended and arrested.

The stolen car was recovered, and is awaiting for the owner to collect it.

Police had had a busy day as that same afternoon, a suspiciously parked vehicle in La Marina urbanization was spotted.

That also turned out to be stolen, and was returned to the rightful owner.

The mayor of San Fulgencio, José Sampere, recognized the involvement of civilian witnesses, saying it is, “always an invaluable help for the exercise of our work.”

The number 966 79 44 52 has been made available to anyone wishing to report any sign of suspicious activity.

Another category of Russians decided to provide a tax deduction