Food has risen in price in the world 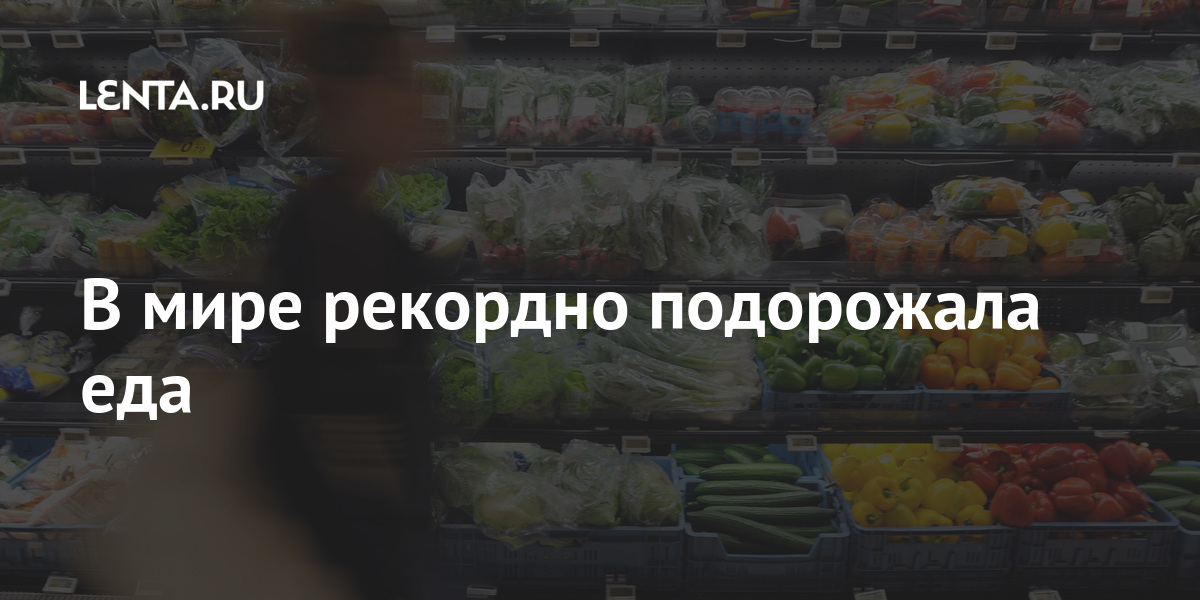 World food prices have risen at a record, with food prices peaking since July 2014. This is stated in report Food and Agriculture Organization of the United Nations (FAO).

Prices have been rising for ten months in a row. In March, the FAO index jumped to 118.5 points, up 2.1 percent from February. Vegetable oil has risen in price the most. In March, its price index increased by eight percent and reached its highest level since June 2011.

Also, prices for dairy and meat products increased significantly (by 3.9 and 2.3 percent, respectively), this is explained by a surge in demand ahead of the Easter holidays.

Compared to February, the cost of cereals and sugar has decreased. Wheat prices fell the most due to its large reserves in the world and expectations of a good harvest this year. Sugar has fallen in price by four percent, but prices for it remain 30 percent higher than last year.

Food prices in Russia soared 8.2 percent in January 2021 compared to the same period last year. The country is almost eight times ahead of the European Union in this indicator (in the EU, food prices increased by 1.1 percent).

Earlier, Bloomberg listed the countries in which the rise in prices for food could lead to dissatisfaction from citizens and social tensions. Russia was also assigned to them.