Following the US exit from Afghanistan, the Taliban seized five provincial capitals in one week 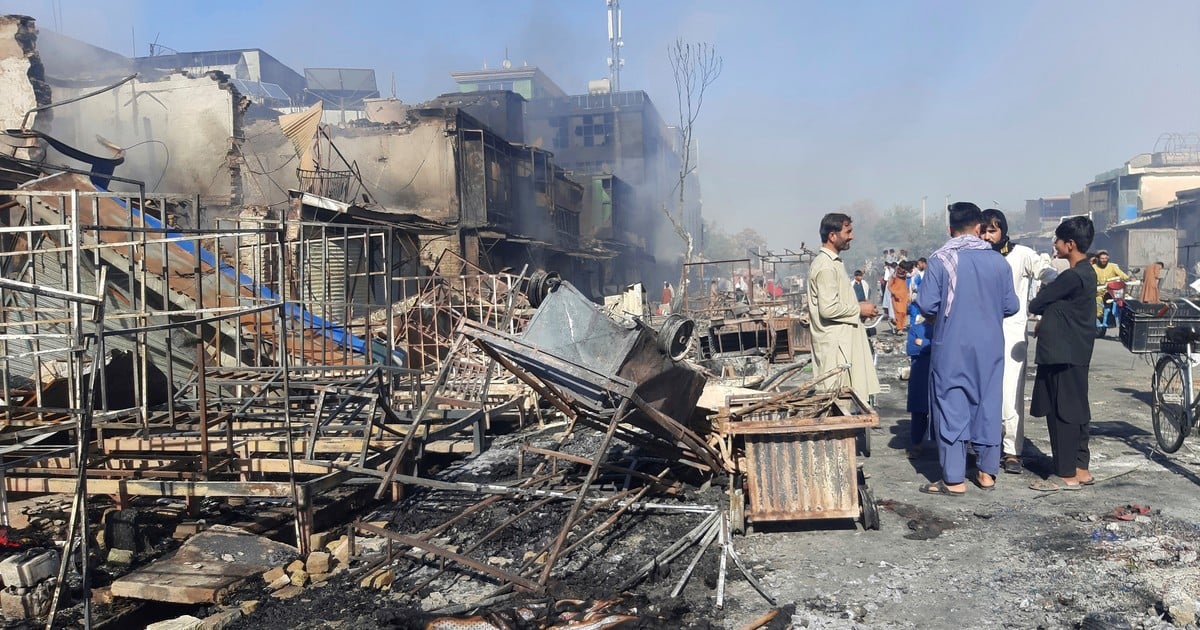 After the withdrawal of the United States, the advance of the Taliban in Afghanistan continues unstoppable with the taking of three other provincial capitals, thus bringing to five the regional centers that fell under insurgent control this week, in their greatest achievement in 20 years of war.

After days of heavy fighting, this Sunday captured the northern cities of Kunduz and Sar-e-Pol, capitals of the homonymous provinces, and the northeastern Taloqan, capital of Takhar, the last to fall in an unfortunate day for the Afghan security forces.

“After a month and a half of resistance on the outskirts of the city, and as the fight with the Taliban intensified today fighting street by street, (…) it was decided to evacuate (Taloqan). The city has now fallen under the Taliban“Deputy Ashraf Uddin Aini, who represents Takhar in Parliament, assured Efe.

Before, first thing in the morning, the security forces they had also left the city of Kunduz to entrench themselves in the provincial airport, while the Taliban took the opportunity to tear down a prison wall and thus free hundreds of inmates, including insurgents.

The headquarters of the governor, police and other government buildings they are “for now in the hands of the insurgents,” and most civilians remain in their homes or wander from one place to another towards the safest areas, Nelofar Koofi, a member of parliament for Kunduz in the national lower house, explained to Efe.

Malik, a resident of the city, assured Efe that the capital is in chaos and “heavy fighting” is taking place. In addition, a textile market has caught fire, he noted, something that was confirmed by the images that were arriving from the city published on social networks.

The Army, in a statement, however, has assured that the special forces are carrying out an operation to “clear” the city of insurgents, in which they have managed to recover a roundabout and the National Radio Television building.

The Taliban had already taken Kunduz in 2015, of great strategic value by connecting several provinces and bordering Tajikistan, managing to stay two days in it, an unprecedented achievement then since the fall of his regime with the US invasion in 2001.

Another of the capitals that fell under Taliban control this Sunday after fighting heavy fighting all night It was Sar-e-Polthe deputy for the province Aziza Jalis explained to Efe.

“The Taliban captured the entire city” and now the security forces and provincial officials meet “at an Army base in a corner “ from the capital, remarked the parliamentarian.

Insurgents they also took jail, although the prisoners have not yet been released, he said.

The population, meanwhile, It is trapped between the two fires.

“We don’t know what to do, we are being held in our homes And we only hear the gunshots and the explosions The city is empty, “Farooq, one of the residents, told Efe.

Sar-e-Pol province it is one of the least developed regions of the country and much of its territory was already under Taliban control, but its capital had never fallen in the last 20 years of war.

The main spokesman for the Taliban, Zabihullah Mujahid, celebrated in several statements the capture of Kunduz, Sar-e-Pol and Taloqan, and He also assured that they have obtained a large number of weapons.

“All government employees, activists and other civil society groups they must live in peace, no one is under threat“the Taliban spokesman remarked, an announcement that is nevertheless seen as a ploy for his quick arrest.

This new achievement of the Taliban It comes after the capture on Saturday of Sheberghan, capital of the northwestern province of Jawzjan, bordering Turkmenistan, after a day earlier they seized control of Zaranj, capital of southwestern Nimroz, which borders Iran.

The five provincial capitals are the first to fall into the hands of the Taliban since the beginning of their great offensive, which coincided with the beginning on May 1 of the final phase of the withdrawal of foreign troops from Afghanistan. It is also the greatest Taliban achievement in the country in two decades of conflict.

The Afghan Army, with the punctual support of the American aviation, is intensifying its fighting to regain lost territory, with clashes in at least 19 of the 34 Afghan provinces, which have left at least 572 insurgents dead and 309 wounded in the last 24 hours, according to the Defense Ministry.

Meanwhile civilian deaths continue, like the 12 members of the same family, including six children, who died last night after the explosion of a bomb while their vehicle passed in the province of Paktia, in the southeast of the country.

Vaccination pass for catering and attractions in Rome: ‘Ridiculous’