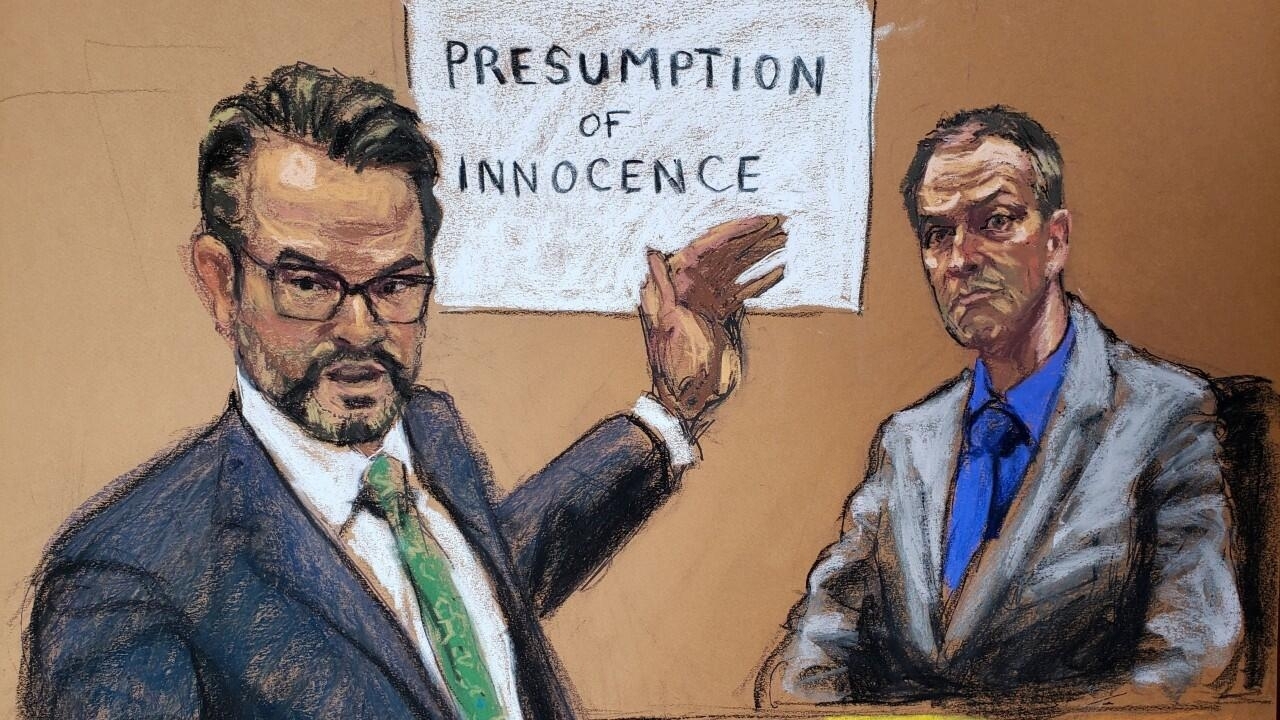 The attorneys, both for the defense and the prosecution, focused on persuading the jury by presenting their rationale around the case and the verdict of the jury is now awaited, a decision that is followed by millions of Americans. For a part of the population, the process is presented as a reckoning around the broad struggle for racial justice.

After three weeks of sessions, in which testimonies from witnesses and specialists were heard, a part of the process in the trial against Derek Chauvin, accused of the death of George Floyd, came to an end to give way to the period of deliberations of the jury .

Prosecutor Steve Schleicher is giving closing arguments in the trial of former Minneapolis police officer Derek Chauvin, who is accused of killing George Floyd. Schleicher is part of a team of prosecutors who took turns presenting the state’s case. https://t.co/dG1NsOztGR


On the day of April 19, the prosecutor Steve Schleicher offered his last arguments and took the opportunity to denounce a lack of common sense on the part of the now former police officer.

“Use your common sense. Believe in your eyes, in what you saw, ”said Schleicher referring to the video, recorded by a passerby, in which George Floyd, a 46-year-old African-American citizen, is seen being immobilized by Chauvin through a maneuver in which he pressed the Floyd’s body against the pavement as he held his knee to his neck for over nine minutes.

Citing the Minneapolis police motto (“protect with courage and serve with compassion”), the prosecutor tried to show the jury that Floyd did not pose a threat and the use of force by the police, in which in addition to Chauvin three other officers were involved, it was irrational.

“George Floyd was not a threat to anyone … Facing George Floyd that day did not require an ounce of courage. All it took was a little compassion and nothing was shown that day,” added Schleicher.

Jerry Blackwell, another member of the prosecution, also offered his last arguments. In his words, he dismissed the argument of Chauvin’s defense that supports his actions due to the distractions produced by the presence of civilians around him.

“Chauvin had all the power at that time, he had bullets, weapons, the club with which he threatened passersby, he had reinforcements, he had the badge (…) If the crowd was a threat to Chauvin and he wanted to intervene, they could have dominated him. , but it wasn’t like that (…) The fact of the matter, ladies and gentlemen, is that there can be no excuse for police abuse, “Blackwell said.

Blackwell also emphasized the officer’s common sense and appealed to sentiments, especially during the closing of his testimony.

Eric Nelson, defense attorney for former police officer Derek Chauvin, again exhibited his closing statements that, beyond policing, there were a number of factors that could have influenced Floyd’s death on May 25, 2020.

“Prosecutors contend that Floyd died from lack of oxygen, because Chauvin kept his knee on his neck for nine minutes and 29 seconds, but there is no evidence of any brain injury consistent with a death from suffocation,” Nelson told the jury.

Additionally, and referring to the forensic report, he maintained that a confluence of factors, including Floyd’s health problems and drug use, could have been the cause of death.

On the other hand, he referred to the actions of the paramedics who arrived at the scene of the incident and who, in his opinion, did not act in the correct way.

“The paramedics did not move earlier with the resuscitation efforts, nor did they give him Narcan, a drug that is administered during a suspected opioid overdose,” he explains.

The defense attorney also stated that Chauvin was exposed to a situation of high stress and that this could have been a distracting factor around the use of force. “Just because someone doesn’t stab, hit or shoot you, it doesn’t mean you can’t use force (…) You have to keep in mind that officers are human beings capable of making mistakes in high-stress situations,” Nelson said.

Jury isolates himself to begin the deliberation process

After hearing the final arguments of both parties, the members of the jury retired to a hotel where they will remain isolated until they have a unanimous decision regarding the accusations against the former police officer, Derek Chauvin.

The events for which Chauvin is accused occurred in a sector of the city of Minneapolis on May 25 when George Floyd was denounced by a store manager for paying with a false $ 20 bill after buying cigarettes.

Floyd’s death generated a protest movement in the United States, and other parts of the world, against what they define as systemic racism in the police forces and the world.

The decision on the case comes amid tension in the city due to the death of a 20-year-old at the hands of a police officer while on trial for a traffic violation. For this reason, National Guard troops were deployed in the city to avoid new outbreaks of protest.

Columns Chinese celebrations cannot be prevented, but they are not forced to go

Elon Musk announced work on the development of Dogecoin cryptocurrency

Relaxation of lockdown restrictions imposed to combat Corona in Scotland, Wales and Ireland