Florencio Randazzo, hard against Cristina Kirchner and Sergio Massa: ‘Did they lose their common sense or their heart?’ 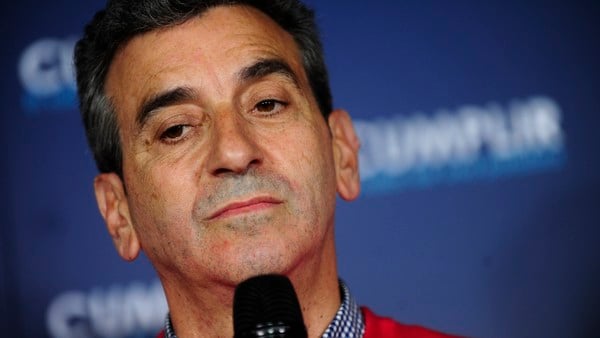 In the midst of his electoral assembly, Florencio Randazzo reappeared this Friday with a strong message against the salary increase approved by the head of the Senate, Cristina Kirchner, and her pair of Deputies, Sergio Massa, to whom he warned: “Did they lose their common sense or their heart?”.

“With more than 70% of child poverty in the suburbs, businesses and SMEs that close and millions of workers who do not make ends meet and will now pay retroactively. With that reality, the policy increased their salaries by 40%“complained the former Minister of Transport and Interior of the governments of Cristina Kirchner.

The Chivilcoy leader thus criticized the decision to unfreeze the allowances of senators and deputies with an increase of 40% that will be applied in four sections.

The percentage of the salary improvement is 11 percentage points higher than the inflation target that the Minister of Economy, Martín Guzmán, raised in the 2021 Budget, and with which the national government seeks to coordinate expectations of prices and salaries.

Followed, through his Twitter account, he targeted national legislators by suggesting that they “lost common sense or heart.”

With more than 70% of child poverty in the suburbs, businesses and SMEs that close and millions of workers who do not make ends meet and will now pay retroactively. With that reality, the policy increased their salaries by 40%. Did they lose their common sense or their heart?

Randazzo’s public reappearance is part of his movements to constitute an alternative electoral front against Together for Change and the ruling Front of All.

One of his last movements was the meeting he held with the former mayor of Rosario and current president of the Socialist Party (PS), Mónica Fein.

“With Mónica Fein we work together in the management to give concrete solutions to the people of Rosario and Rosario. Today we meet again and we agree that it is necessary to build a better Argentina together. Thanks for the visit and congratulations on the new challenges!”, He wrote Randazzo on his Twitter account and accompanied the message with a photo of the meeting in the Buenos Aires offices of the former minister, in which the Buenos Aires reference Jorge Illia also participated.

As Clarín indicated, the bridges between Randazzo and the Casa Rosada are broken, despite the fact that some friendships persist. The former Kirchner minister showed up with Alberto Fernández in September 2019, but did not take long to question his management.