Floods in Germany claimed the lives of more than 90 people 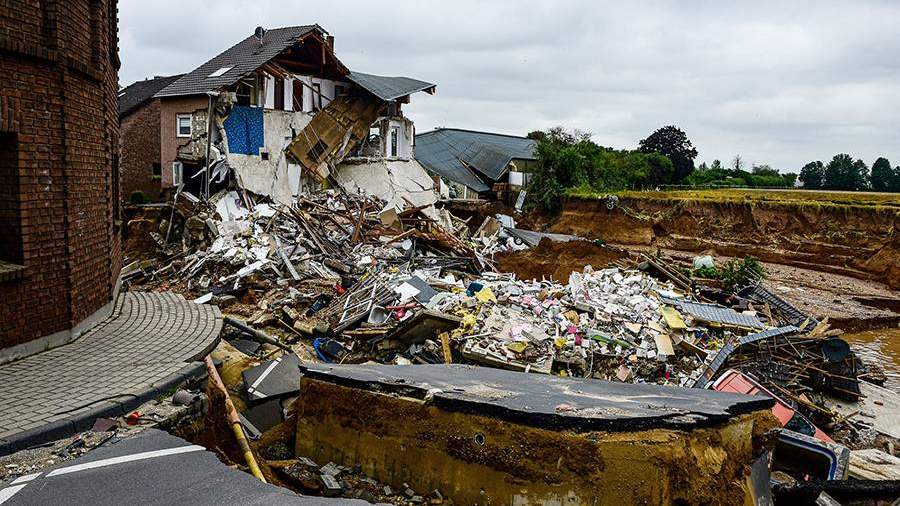 More than 90 residents of the Ahrweiler district of the federal state of Rhineland-Palatinate in the west of Germany were killed by floods. This is stated on Saturday, July 17, at website regional police.

“As of 5:00 (6:00 Moscow time) Saturday, during the hurricane killed more than 90 people,” – said law enforcement officers. They admitted that the number of victims of the elements will increase.

618 people were injured, their number will also grow, the message says.

“In many settlements, electricity and telephone networks are still not working,” the police said. A 24-hour hotline is open for relatives or acquaintances of residents of the affected region.

Due to bad weather, the roads remain closed, and the population has been urged to stop traveling to the region.

Heavy rains continue in Germany on 11 July due to Cyclone Bernd. Showers led to flooding. On July 16, it was reported that at least 103 people died in the federal states of North Rhine-Westphalia and Rhineland-Palatinate.

On July 15, German Chancellor Angela Merkel noted that the scale of the flooding will become clear only in the coming days. “Rescue services are doing incredible things in the most difficult and dangerous conditions,” providing assistance to the victims, she said.

Russian President Vladimir Putin sent condolences to Merkel and President Frank-Walter Steinmeier in connection with the tragic consequences of the cyclone.