Flood disaster: Söder admits his own climate problem – and Baerbock shows him the difference 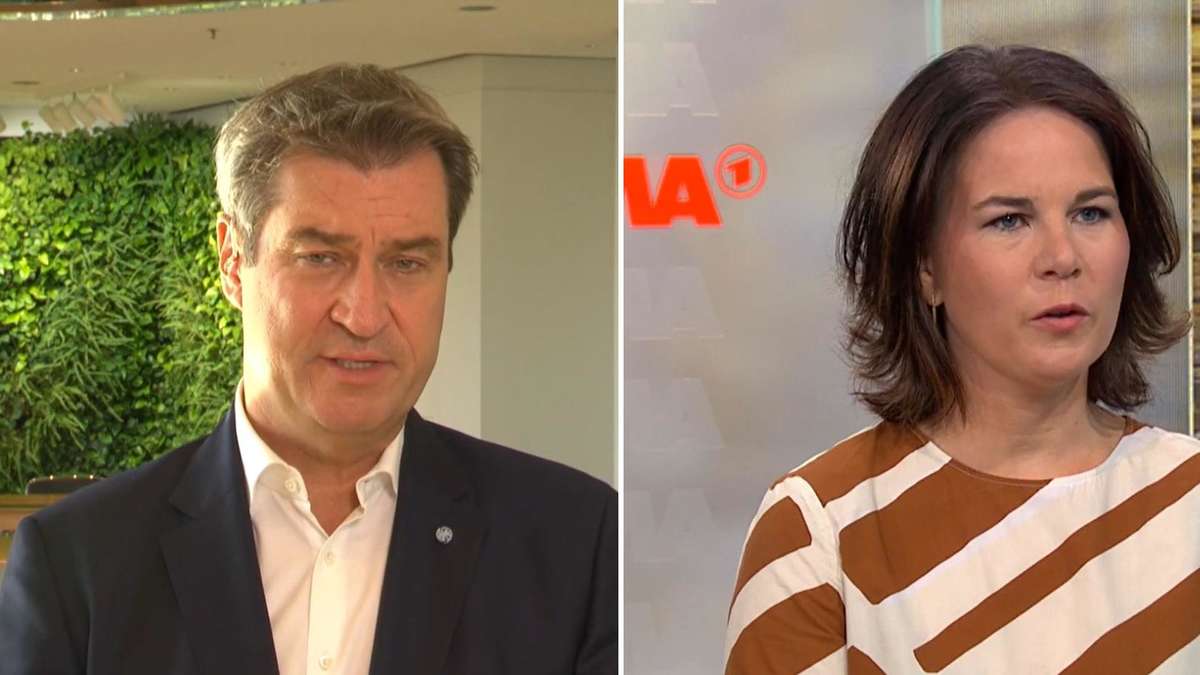 What happens after the flood disaster? Annalena Baerbock calls for a “new authority”. Markus Söder is planning a government declaration – but has to admit a weakness.

Munich / Berlin – The devastating July floods shocked Germany. In the meantime, the political reappraisal has started: How should things go on in terms of climate and disaster protection? On Monday morning, two party leaders, Markus Söder * (CSU) and Annalena Baerbock (Greens), spoke up – and revealed some programmatic differences. Söder also made people sit up and take notice with an indirect scolding for the previous CSU climate policy.

Söder announces climate declaration for Bavaria – without new content: “The whole thing is the ‘more speed'”

The Bavarian Prime Minister praised the Free State in the ARD “Morgenmagazin” on the one hand as better “than most countries” in terms of renewable energies, CO2 emissions, the number of organic farmers and electrical shop points. At the same time, however, he stated: “But none of that is enough. These tables to which we refer are of no use to us. We need a climate change in Germany. “

Söder announced – like the day before in the crisis area of ​​Berchtesgadener Land – a government declaration on the subject. This will not only deal with the “relatively simple” definition of goals, but also with financial programs. However, Söder did not name any new plans in addition to a climate offensive presented in May. “The whole thing is the ‘more speed'”, declared the CSU politician. “We are now just adding to it, we invest more than others. It is important to us that we want to protect our homeland more locally. ”Söder indicated that a stricter schedule is not necessary – Bavaria and the neighboring state of Baden-Württemberg already have the most ambitious plans with climate neutrality by 2040.

At the same time, Söder made it clear that the 10H rule *, which was also questioned by the coalition partner Free Voters, to restrict the possible locations of wind turbines will not fall. “My answer is that we leave 10H, but that we will modify it to create more possibilities,” he emphasized when asked. The Bavarian Greens had already criticized Söder’s original climate program.

Baerbock explains climate plans after the flood: “That is the difference to Mr. Söder”

Green chancellor candidate Annalena Baerbock * also commented – after her vacation – on the flood disaster and the consequences. She declared an “immediate climate protection program” as a goal for the period after the federal election. What is needed is a program that “does not describe goals in the distant future, but actually acts now in the present”. With a view to climate protection, a massive expansion of renewable energy is necessary, including wind power: “That is also the difference to Mr. Söder,” emphasized Baerbock. According to the election program *, the Greens want to designate two percent of the area nationwide as construction areas for wind power.

The Greens demanded a “triple national effort”: It is essential to massively increase risk precautions, to take climate adaptation measures on site and to “saddle up” with the planned measures against global warming. It is a “triad that has been decided in all of the climate protection treaties around the world”. Baerbock had spoken to flood victims in Rhineland-Palatinate at the weekend – but, unlike Prime Ministers Söder and Armin Laschet, they were not accompanied by cameras and media representatives.

In the ARD interviews, Söder and Baerbock also commented on the loud criticism of the federal government’s warning and emergency management. The question, “How can we improve the warning chains, how can we ensure that helicopters arrive as quickly as possible so that people who have been waiting for days on the roofs can now be discovered earlier” is crucial, explained Baerbock.

The chancellor candidate demanded – also with a view to the lessons from the Corona crisis – a stronger role for the federal government in supraregional crises. What is needed is “an authority that bundles all forces that can bring together helicopters or special equipment from all over Germany or neighboring EU countries as quickly as possible”.

Söder remained more cautious in his assessment of the crisis management. “It is always worthwhile to think again about what may have gone wrong, what can be done better,” he judged – also with a view to the “warning chains” * that were in doubt. In his impression, however, everyone in all parts of Germany “did what was humanly possible”. (fn) *Merkur.de is an offer from IPPEN.MEDIA