Flip the calendar: Belarus decided to celebrate the anniversary of the invasion of Poland 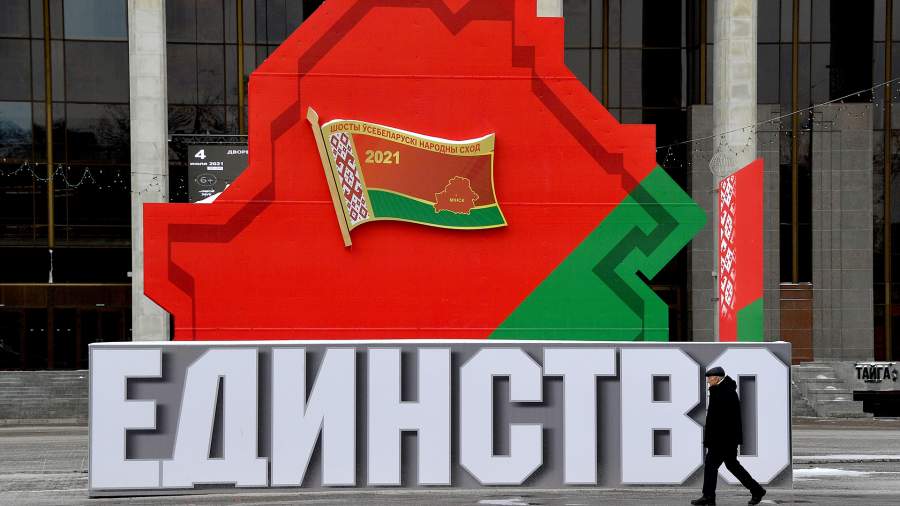 A new holiday has appeared in Belarus – National Unity Day. It will be celebrated on September 17th. On this day in 1939, the Red Army entered Poland during the liberation campaign and annexed the lands that were part of the Polish-Lithuanian Commonwealth to the Byelorussian SSR. In Warsaw, this day is considered a sad date, but President Alexander Lukashenko is sure that the holiday “underlines the continuity of generations, the inviolability and self-sufficiency of the Belarusian nation and statehood.” What goals does Minsk pursue by adding a new holiday to the calendar – in the material of Izvestia.

“A state holiday has been established in the Republic of Belarus – National Unity Day. The corresponding decree No. 206 was signed by President Alexander Lukashenko on June 7 “, – reported in the press service of the head of state. The festive events will take place on 17 September. “This day became an act of historical justice for the Belarusian people, divided against their will in 1921 under the terms of the Riga Peace Treaty, and forever entrenched in the national historical tradition,” the message says.

How exactly the Belarusians will celebrate this day is not specified. It is only known that it will not be a day off. “The choice of the date underlines the continuity of generations, the inviolability and self-sufficiency of the Belarusian nation and statehood,” the press service stressed.

This day is treated quite differently in Poland. On September 17, 1939 – 16 days after the start of the German invasion of Poland – the Red Army’s military operation began in the eastern regions of the Polish Republic, as a result of which they joined the Ukrainian and Byelorussian SSR as Western Ukraine and Western Belarus. Formally, the USSR did not declare war on Poland, the Polish ambassador to the Soviet Union Vaclav Grzybowski was read and handed over a note in which the introduction of Soviet troops was explained by “the need to protect the lives and property of the population of Western Ukraine and Western Belarus.”

Lukashenko’s press service said that “the restored unity allowed Belarus to withstand the Great Patriotic War, take an honorable place in the international community, and become one of the co-founders of the United Nations.” Polish media in turn claimthat “September 17 was really the day when key events for world history took place” – on that day “the USSR occupied half of the country and began brutal repressions, the symbol of which was the Katyn execution and deportation of hundreds of thousands of our compatriots.”

Recently, Alexander Lukashenko has been talking more and more about the need to unite the nation. In January, he signed Decree No. 1, in which he declared 2021 the Year of National Unity in Belarus. The document says that this was done “in order to consolidate society based on the ideas of the country’s sovereignty and independence.”…

The decree also repeated Lukashenka’s initiative, which he made during the New Year’s address to the nation. Then the head of state said that “we need to send 2020 into history, but not forget its lessons.” “Let’s turn the page of the past and together we will write a new chapter of independent Belarus. Let’s make next year the year of national unity ”, – proposed then the Belarusian leader.

In 2020, Lukashenko also often spoke about national unity, repeatedly hinting that Russia could pose the main threat to the country’s independence. After the presidential elections in August last year, which were followed by massive protests, he accused the West of aggression, which did not recognize his victory, primarily the Baltic countries and Poland.

President of Belarus Alexander Lukashenko at the inauguration ceremony in Minsk

Warsaw not only immediately supported the Belarusian opposition, but also provided shelter to some of the protest leaders, and also helped coordinate the actions of Lukashenka’s opponents. In addition, Poland lobbied for the introduction of EU sanctions against Belarus, and also offered Brussels to create a fund to help Belarusian activists.

In Minsk, Poland is considered one of the organizers of the political crisis. “You see these statements that if Belarus disintegrates, the Grodno region will go to Poland. They already openly talk about it, sleep and see. They will not succeed in this regard, I know this for sure, ”- stated on this occasion the Belarusian leader… In early October last year, Minsk recalled its ambassador from Poland for consultations, and also proposed to Warsaw to reduce the diplomatic presence in the republic. In response, Poland recalled part of the diplomatic staff from Belarus for consultations.

Minsk’s relations with Warsaw began to deteriorate for a long time. The Belarusian authorities are unhappy with the fact that Poland is actively using the instruments of “soft power” on the territory of their country. how write Polish media, over the past 14 years Warsaw has spent about € 140 million on promoting “soft power” in Belarus. With the help of cultural projects and scholarship programs, young Belarusians receive free education in Polish universities, study Polish in private schools and lyceums sponsored by Warsaw.

Action in support of the current government in Minsk

In addition, there is the Belsat TV channel, which harshly criticizes the Belarusian and Russian authorities. In addition, Warsaw began to distribute Pole cards – a document of belonging to the Polish nation, which gives great benefits and privileges to its holders: a long-term visa, the opportunity to study free of charge and receive emergency medical care, buy train tickets at a large discount, conduct business on the same rights. as Polish citizens, and much more.

The Belarusians are the most active in receiving the cards of the Pole. Minsk fears that this will give Warsaw an effective tool for influencing the Belarusian society. Last fall, Lukashenka said that “the country’s authorities should not calm down, because the Poles need the whole of Belarus.” “You know, even if all NATO enters Belarus, they will not be able to do it,” – reported then the head of state.

History also darkens the interaction between Minsk and Warsaw. This spring, a Polish school in Brest hosted an event dedicated to the Day of the Damned Soldiers – anti-Soviet underground fighters whom Minsk considers war criminals responsible for the massacre of Belarusians during and after World War II. Schoolchildren, dressed in the uniform of Polish scouts, sang songs dedicated to partisan fighters. The event was attended by the consul of Poland Jerzy Timofeyuk.

The Belarusian Foreign Ministry reacted harshly, notingthat in the country “incitement of national, religious and social hatred and the rehabilitation of Nazism are a criminal offense.” “By participating in this event, the Polish representative grossly violated the norms of international law, in particular the Vienna Convention on Consular Relations,” the ministry said, suggesting that Timofeyuk leave the territory of Belarus. At the Polish Foreign Ministry snapped, declaring a diplomat from the Belarusian embassy persona non grata.

Ministry of Foreign Affairs of Poland

As for the current situation with the introduction of the Day of National Unity, in one form or another in Belarus they have always remembered about the unification, emphasizes in an interview with Izvestia a senior researcher at the IMEMO im. EAT. Primakov RAS, RIAC expert Dmitry Ofitserov-Belsky. “A new stage is starting now. Lukashenka has always adhered to a rather pragmatic policy, tried not to burn bridges behind him and preserve freedom of action, but in this situation there is a feeling that he followed the principle. The Belarusian leader wanted to somehow respond to the actions of Warsaw, because it is Poland that is one of the most active countries supporting the Belarusian opposition and demanding more and more sanctions against the Belarusian regime. Lukashenka doesn’t have many opportunities to respond. The entire Polish national identity is built on victimhood. Poles generally have a rather painful perception of their historical past. So that now it is a guaranteed point of no return in relations between Minsk and Warsaw“, – the Polonist is sure.

In turn Nikolai Mezhevich, head of the Center for Belarusian Studies at the Institute of Europe of the Russian Academy of Sciences, believes that a certain chance for normalization still remains. “Both Belarus and Poland are powerful transit corridors between Asia and Western Europe, a lot of money is involved there,” the expert believes. – Considering that now it is quite difficult to transport goods through Ukraine, the Belarusian corridor is important for Beijing, Moscow, Warsaw, Berlin, and many others. In these conditions, the confrontation between Belarus and Poland will not reach the maximum possible severity. “