Flights to bring vaccines: in 15 trips the Government spent US $ 6.4 million 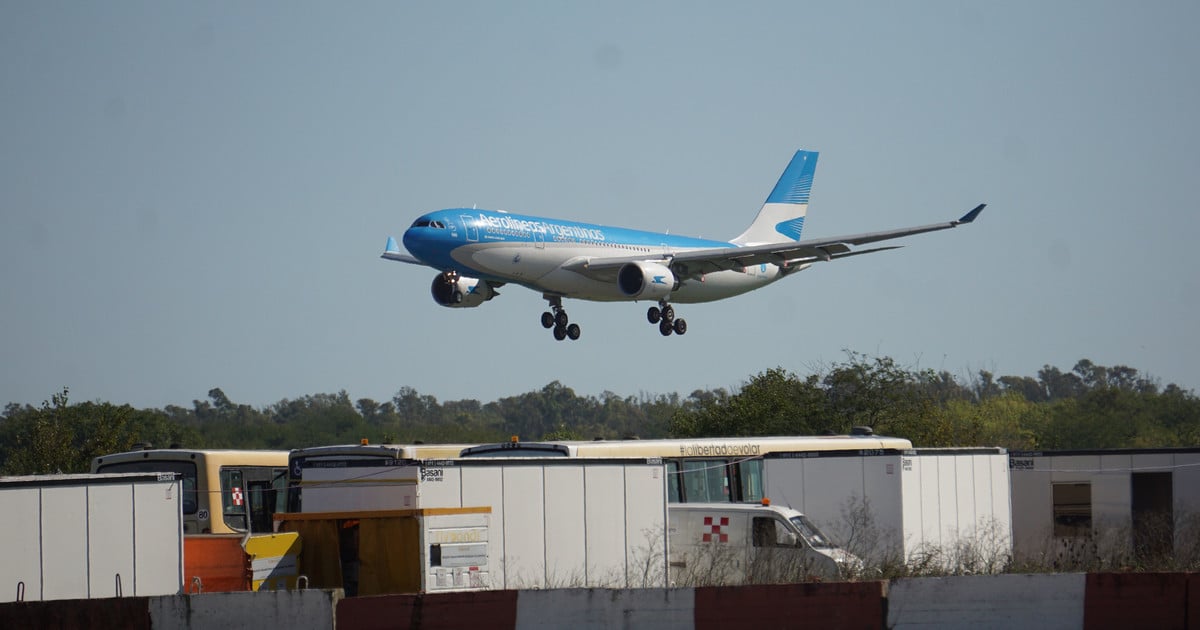 From December 23 to April 19, the government sent 15 flights to different parts of the world in search of vaccines against Covid-19. The spending was US $ 6.4 million and of the total of the trips, 12 were in charge of Aerolineas Argentinas and the rest were air freight from other companies.

To Russia, China, and India were the flights that Argentina authorized between the end of last year and mid-April. The data comes from the report presented by the Chief of Staff Santiago Cafiero before the Senate of the Nation and appear in the portal of open data from the Ministry of Health.

As in the case of the subsidies granted to Aerolineas Argentinas in the first four months, the radical senator Silvia Giacoppo asked Cafiero for the details of the flights made in search of vaccine provision and why they opted for air freight or commercial flights, depending on the case.

The plane that traveled to Russia for the first time, on December 22 last year, in search of Sputnik vaccines.

The Chief of Staff responded with data from the Ministry of Transport, which “as of May 11, it was reported that Aerolineas Argentinas carried out 20 of the 24 flights that brought to the country with vaccines“The Chief of Staff added that” 7,033,290 doses were transported from Russia on 15 flights and 3,659,200 from China on five other trips. “It is equivalent, he said, to” 80% of the vaccines that arrived in the country in these months .

In that report, the Chief of Staff made mention of the flights computed until May, while those described in the open data portal of the Ministry of Health go from December to April and that is where the amounts of expenses come from. If the May flights were added, the figure would exceed US $ 6.4 million.

Regarding the operating cost of each transaction, this record contains the 15 flights that took place from December 23 to April 19. Of that total, 12 were by Aerolineas Argentinas, while the other three were made via Qatar Arways, KLM and Air France. What’s more, a logistics service was hired and paid, in charge of DHL Global Forwarding and Hellmann Worldwide Logistics.

The first registered flight is that of December 23th, when Argentina sent the Aerolineas Argentinas plane to Russia that would bring the first shipment of Sputnik V vaccines. The invoice for that trip is US $ 305,250. The next flight to Moscow was the January 15 and it cost US $ 302,250. There was another one in January: the 29, also to the Russian capital, which caused an investment of US $ 268,655.

In February, other destinations and new companies that officiated air freight were added. Three trips to Russia are described by Aerolineas Argentinas: one on February 11th and the other two, the 27. The first had a cost of US $ 303,075; the remainder cost US $ 301,850. In addition, for logistics, amounts of 158,117 and 237,859 euros were paid, as recorded in the official registry.

The DHL company also intervened in logistics to bring vaccines from abroad.

The other flights in February were with distributed destinations and airlines. The 26 The most expensive amount was paid to go to China: 428,000 dollars, to which logistical costs of 133,783 euros and 105,084 euros were added. There was also a trip to Bombai, India, the 15, to bring the vaccine from Covishield, which was paid US $ 28,754.