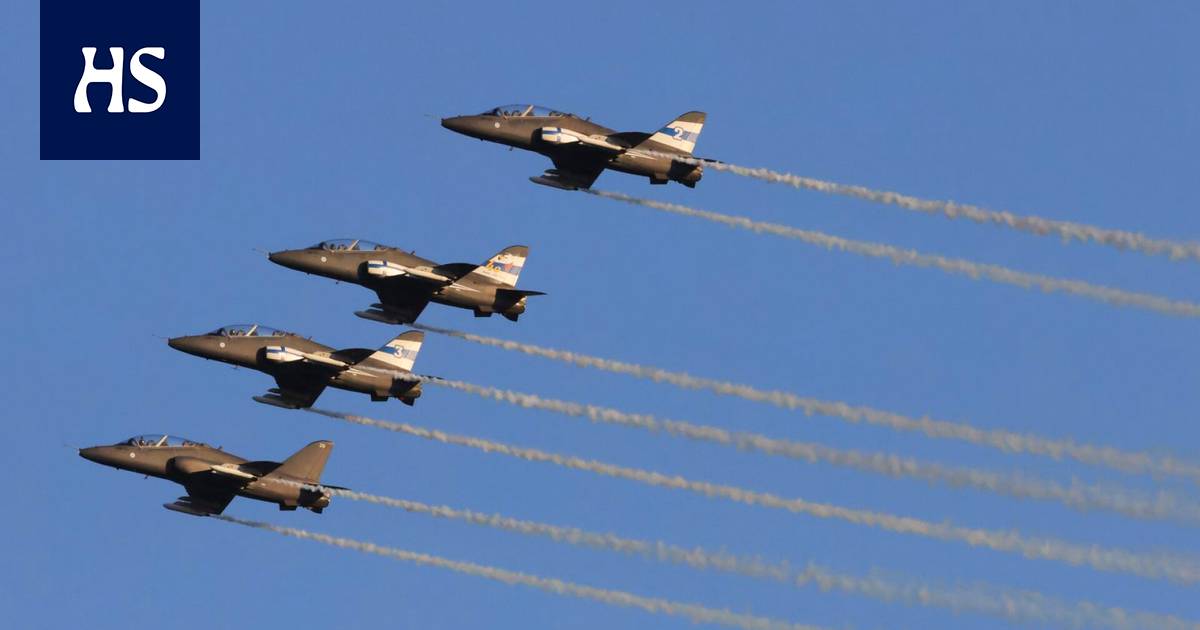 In Suomenlinna, the theater performance was canceled due to the noise caused by the event.

Finland The Finnish Aviation Association’s annual main flight show over Helsinki’s Kaivopuisto will cause a lot of noise and special arrangements for the movement of Helsinki residents on Friday.

The organizers warn of loud noise, especially from 6 pm to 9 pm. The City of Helsinki has granted a noise permit for the flight show.

Due to noise nuisances, for example, the theater performance was canceled at the Suomenlinna Summer Theater.

HS asked from the city, among other things, justifications for the noise permit. The city sent responses by e-mail, but did not state the reasons for the permit.

Team leader Jari-Pekka Pääkkönen However, the Environmental Monitoring and Control Unit for Environmental Services from the Urban Environment Division pointed out that the permission to organize the flight show itself has been granted by the Finnish Transport and Communications Agency Traficom.

The city has set noise limits that must not be exceeded. The noise limit applies to residential and recreational areas around the flight display area.

“The limit values ​​shall also not be exceeded on the islands of Haraka and Särkä if there are people in the area within the flight display area other than those belonging to the flight demonstration organization or in, for example, essential official, ambulance or rescue duties.”

The aircraft display line is located in front of Kaivopuisto on the sea. There is a safety zone in the display area where stays are prohibited.

“Noise is heard from the point of departure of the aircraft to the scene and on the way back. The duration of individual screening flights is typically 8–10 minutes, during which the noise is concentrated in the area required by the screening, ”says Pääkkönen.

Within the precincts of there are closed streets during the show, but their residents have a driving license to and from their homes also during the event.

Traffic controllers help with the flow of traffic. The organizer of the event is responsible for the costs of traffic arrangements.

All exhibiting companies, in turn, contribute to the cost of the massive show, which lasts for hours. They bear their own costs, as do the Finnish Air Force and the Finnish Border Guard.

There is also public money behind the event. Its share is very small and consists of cooperation with the City of Helsinki.

One the concern associated with the event is how the gathering of crowds will affect the spread of the coronavirus.

Head of Brand Unit Sanna Forsström The Helsinki City Office says that the city has taken the epidemic and related restrictions into account throughout the arrangements with special care.

“The event organizer is responsible for all measures related to the events, including security issues.”

“There is a strong mask recommendation at the event, in addition to other health safety measures.”