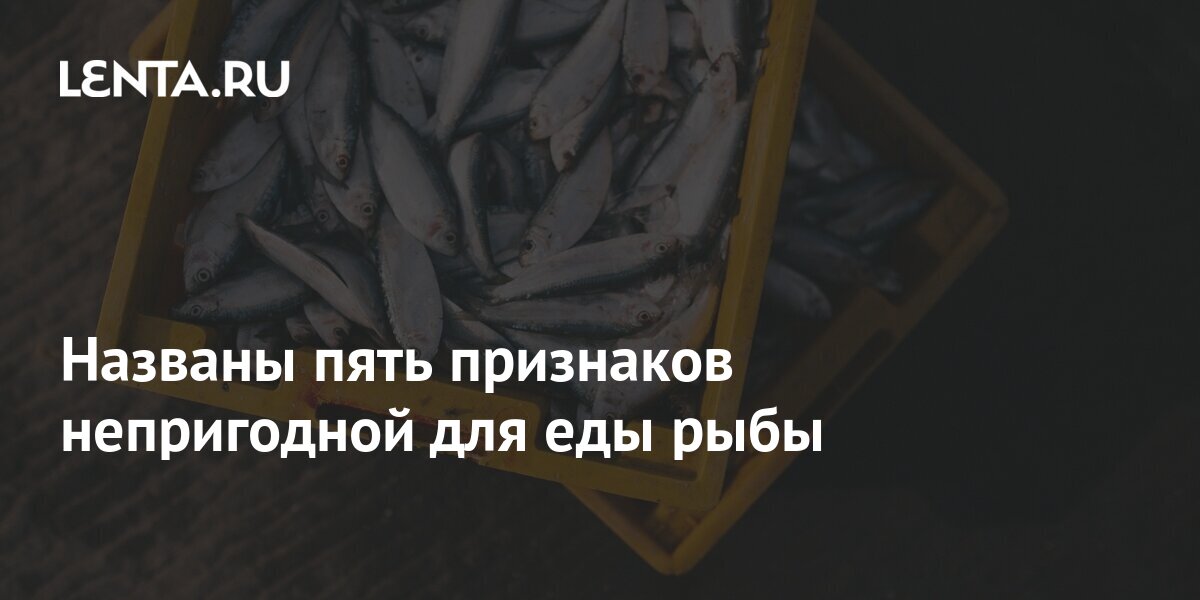 In summer, due to improper storage of fish, harmful substances can form in it, in addition, it can deteriorate in taste. Sohu experts identified five signs when a product becomes unfit for food.

First of all, you should pay attention to the freshness and abandon the marine life that has spent too long on the counter. The quality is given by the eyes of the fish, if they do not shine and look cloudy, it has already deteriorated and can be harmful to health, the authors of the article note.

In addition, when choosing a fish, you need to press on it with your finger. If it is elastic, this indicates that it was caught recently, but if the finger does not meet resistance, then such a product is already stale. It is also important to look at the gills, if they are darkened and have no shine, then you should not buy, added in the publication.

Another sign to look out for is integrity. If there is no tail or something “abnormal” is traced in it, this may indicate a disease of the marine inhabitant. Also, fresh fish has a characteristic smell of scales or mud. If it becomes specific or too persistent, such a product should not be taken, even if it is sold cheaply, experts concluded.

Previously, the Spanish edition of La Vanguardia warned that the inherent heat of the summer season increases the risk of food poisoning at this time of the year, and most often it occurs from eggs, fish, seafood and chicken, but there are other dangerous foods. Among them are cutlets, mayonnaise and other egg-based sauces, oysters and other seafood, fried potatoes, chicken, vegetables, as well as watermelons and melons.