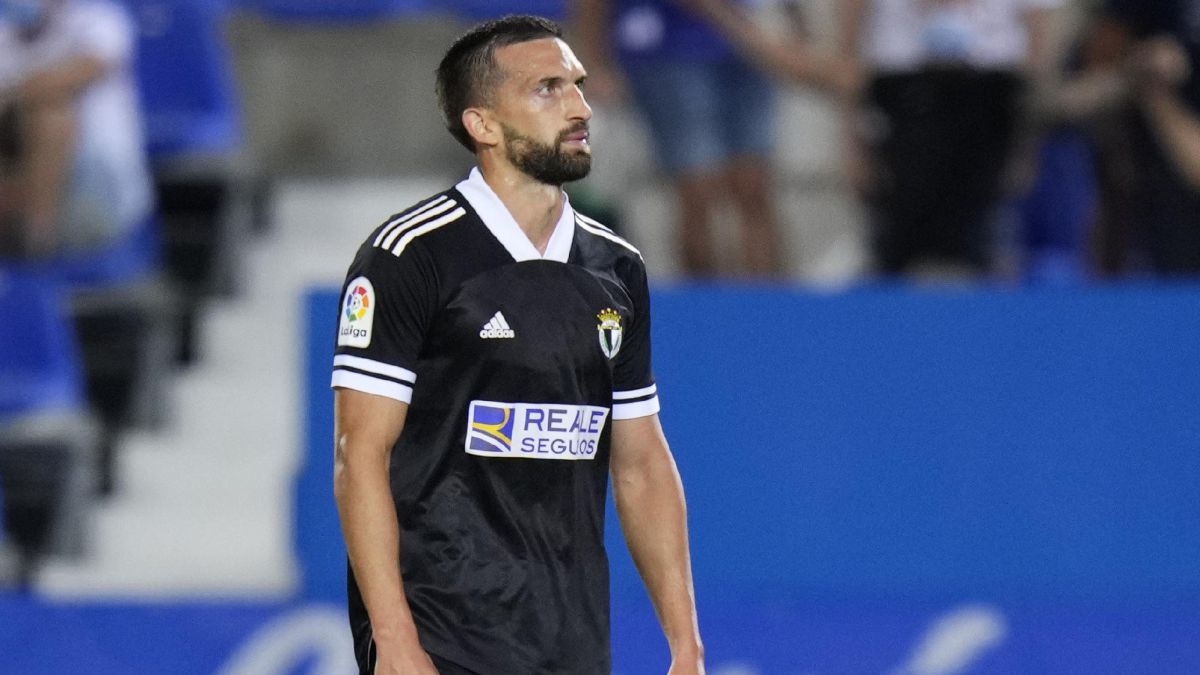 The intermittent arrival of players, the physical condition of some of them and the progressive attachment to the team have made Burgos coach Julián Calero maintain the base of the team that last year got promoted. Nevertheless, in Butarque, the coach had to count on up to five players who arrived this summer and that they had not yet made their debut on the first day to give consistency to the team against a complicated rival such as Leganés.

The Madrid coach gave gallons from the start of the game to striker Álex Alegría, who had only been training for a few days. He only played the first half, but he showed what he can offer the team. Riki, the midfielder on loan from Oviedo, played from the start, and was one of the highlights of the team at the beginning, but was the one sacrificed after the expulsion of Grego Sierra at minute 18.

The Murcian defender occupied the square of Michel Zabaco from Burgos and his debut could not have been more unfortunate after his expulsion for an elbow in the cucumber area. He was barely 18 minutes on the pitch and left the black and white team at a disadvantage, which could pay dearly for that circumstance. In the final stretch of the meeting also Matos made their debut on the left side and the newcomer Miguel Rubio, which with its size helped to shrink balls overturned by the Leganés players.

The last to join training was the goalkeeper on loan from Real Valladolid, Jose Antonio Caro, and the club is still waiting to close its squad with the incorporation of an outside player on the left wing. Meanwhile, this Tuesday the team is enjoying a day of rest and tomorrow they return to training to prepare for their debut at El Plantío against Eibar this coming Sunday from ten o’clock at night.

Memphis begins its journey in Barcelona on the right foot