Five people died in an accident with a teenager driving 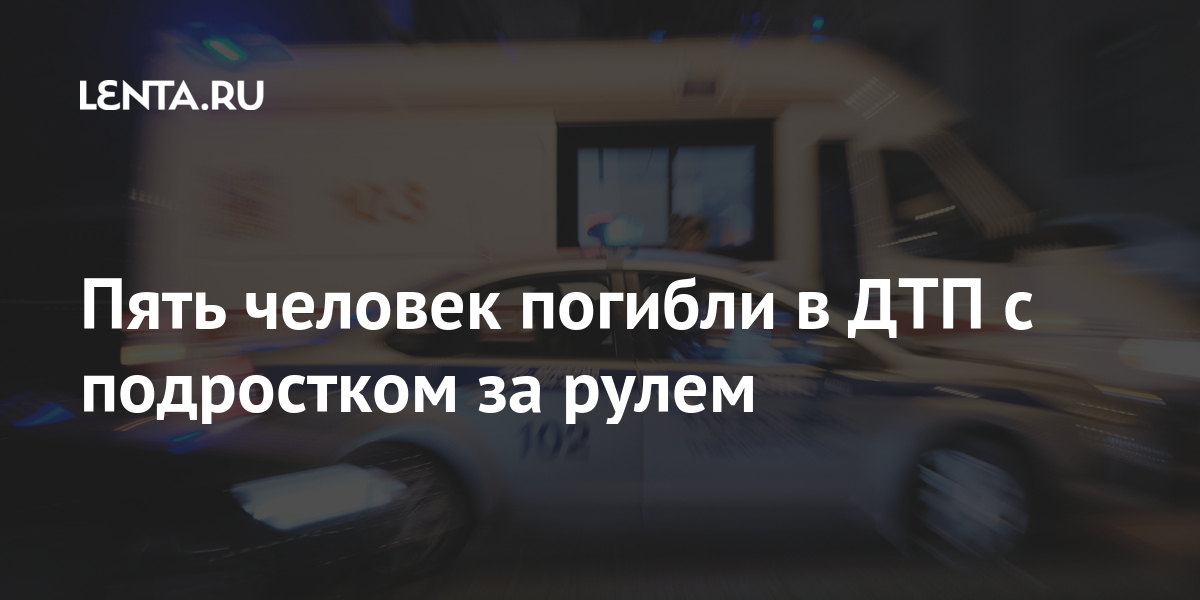 A car driven by a teenager got into an accident in the city of Novocherkassk, Rostov region. It is reported by TASS with reference to the Main Directorate of the Ministry of Internal Affairs for the region.

There were six people in the car. Five of them died on the spot, one victim, also a child, is in intensive care in a state of moderate severity, doctors do not give forecasts.

The police clarified that the incident occurred at about 04:30 Moscow time on Sunday, April 18. The car, driven by a minor born in 2007, crashed into a tree.

In October 2020, in Ingushetia, a 15-year-old teenager in a Porsche Cayenne crossover ignored the inspectors’ demand to stop and continued driving. During the chase, the driver tried to turn around and rammed patrol cars with police officers. After that, the teenager fled from the scene of the accident, and four police officers turned to doctors for help. However, soon the perpetrator of the accident himself came to the police and surrendered.

In August, in the city of Krasnoufimsk (Sverdlovsk Region), a teenager decided to drive his parents’ car. But, turning on the engine, he was confused and could not stop the car that was going back. Trying to hold the car with his hands, he fell under its wheels.

A national ceremony honoring the victims of Corona in Germany

France: try not to use mechanical respirators to save severe coronavirus patients

Working life More and more companies are planning to permanently increase teleworking, according to a survey of Finnish entrepreneurs