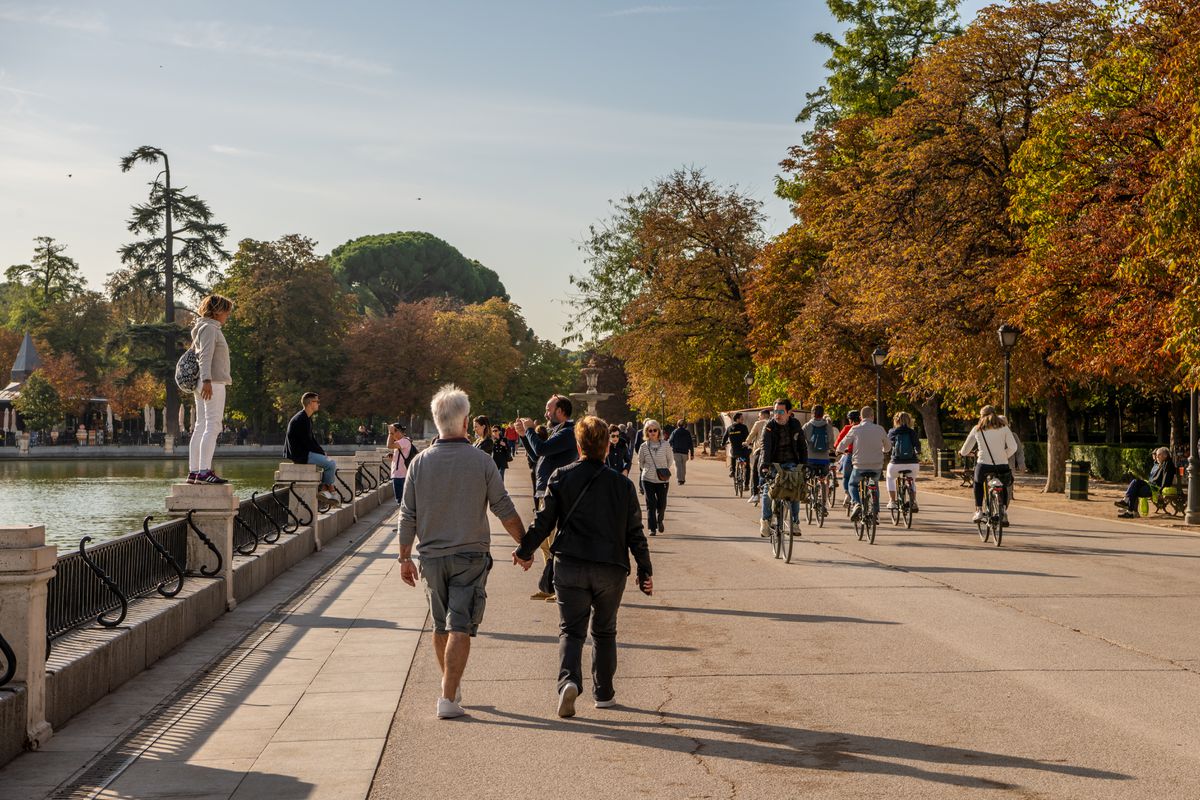 The average effective retirement age, that is, at which Spaniards actually retire, is currently 64 years and six months, according to the study Recent trends in the age of access to retirement, prepared by the Bank of Spain; while the legal is 65 years for those who have contributed 37 years and three months or more and in 66 years for those who have contributed less time. One of the objectives of the draft pension law approved by the Council of Ministers is, among others, to increase the effective age to bring it closer to the legal one.

The rule, the result of an agreement with unions and employers, is the first part of a reform that the Government has committed to Brussels within the Recovery, Transformation and Resilience Plan (PRTR). The future modification bets that the adjustment in the system falls mainly on the generation of the baby boom, those born between 1960 and 1970.

A second phase is pending in which other aspects such as the factor of sustainability, which links the pension to life expectancy and calculates the amount according to demographic statistics to estimate the years that the retiree will live and, therefore, for how long they will enjoy the benefit, and the extension of the pension calculation period .

The first part of this reform, however, has regulated important issues that must be taken into account. They are as follows.

Link the pension to the IPC and eliminate compensatory ‘payments’

Pensions will be revalued with the consumer price index (CPI) annually. The CPI is an indicator that measures the price of life based on the amounts of basic products in the shopping basket and fuels, among others. It is updated annually to serve as a reference when calculating, for example, pensions, and thus avoid that, although the citizen charges the same amount, he loses purchasing power.

Linking pensions to the CPI means that when these prices rise, the pension will do so in the same proportion. This will always be the case less when the CPI does not increase or decrease (negative inflation), in which case pensions will be frozen. With the new rule, inflation forecasts will no longer be used for its revaluation, thus eliminating the so-called paguillas compensatory. “This means that the famous compensation made by the Government at the beginning of each year will disappear,” says Rocío Gallego Losada, author of The pension dilemma in Spain (Tirant, 2016) and researcher at the Rey Juan Carlos University (URJC).

Is paguilla it is calculated based on the amount that the annual CPI rises with respect to the forecast made at the beginning of the year, explains this expert. It is a way of correcting the difference between the rise in the real CPI and the one that the Government had foreseen. But with the reform, it will no longer be done, since the forecasts will not be taken into account.

The new law aims to reduce early retirements Accessed two years before the legal retirement age if you have contributed for 35 years. To do this, it modifies a penalty that already exists, but is applied less effectively. With the reform, if a worker with less than 38 and a half years of contributions retires 24 months earlier than his due, his pension will be reduced by 21%, five points more than until now, which reduced it by 16%. Although if you do it from 22 months before, the reduction will be progressively smaller. At 12 months, for example, the decrease will be 5.5% instead of the current 8%. This encourages early retirement to be delayed for a few months.

In addition, penalties will be applied in another way. “Currently they are carried out on the regulatory basis of the beneficiary of the pension,” explains Gallego Losada. The regulatory base is a figure that is calculated according to the time a worker has contributed. The amount of the pension that you will receive will correspond to a percentage of that regulatory base.

“That means that if the salary is high and it is listed above the maximum pension [2.683,34 euros mensuales], the reduction that is applied to your base may imply that, even after discounting this percentage, the base remains above and the maximum pension corresponds to you ”. An example: the regulatory base of a worker is 3,000 euros. He decides to take a voluntary early retirement, for which a penalty of 200 euros is applied to the 3,000 euros of his regulatory base. According to this, his pension should be 2,800 euros, which means that the penalty does not work, since he will continue to receive the maximum (2,683.34 euros). The reduction for early retirement, therefore, is not real.

The hardening will be carried out by applying the penalty directly to the pension, although this cut will not take effect for another two years. In the previous case, the pension would be reduced from 2,683.34 euros to 2,483.34 euros. With this change, a loophole is eliminated that allowed future pensioners, who had a high salary above the maximum, to retire early without any penalty.

Workers whose contract has ended before January 1, 2022 and who do not return to the Social Security system for a period greater than one year are freed from this change. Also those who retire early due to an employment regulation file (ERE), due to their agreement or due to a bankruptcy procedure, among other reasons, that has been approved before January 1, 2022. In addition, if they are in any way benefits the new system, they will be able to choose it. People who retire early and involuntarily and those who have been with unemployment assistance for three months are also exempt from this correction of the maximum pension.

This will be the case in the highest pensions. But there is the paradox that in most cases, the penalty for early retirement will be lower than it is today. The coefficients that reduce the amount to retire earlier will be applied for each month that retirement is anticipated, instead of doing it by quarters as was done until now. The intention is that the penalties are more gradual so that the worker has incentives to delay his retirement. In practice they get smaller penalties even if they are more gradual.

The current scheme to extend working life beyond retirement age has not had the desired effect. Experts attribute it to a lack of financial incentives. “Hence, now we seek to effectively motivate this delay in the retirement age,” says Gallego Losada.

In the first place, upon reaching the legal retirement age and continuing to work, the Social Security contribution for common contingencies (the money that is contributed to this entity to protect the worker in case of illness or accident) will be eliminated, thereby there is an effective rise in salary of 4.07%. In addition, “three types of incentives will be offered to delay retirement, to be chosen by the worker, for each year of delay,” explains the URJC researcher.

The first option is a 4% pension increase for each year of delay. This represents an increase, since the rise varied between 2 and 4% before the reform. The second is to concentrate this benefit in a single payment (which will depend on the number of years of contributions and may not exceed 12,000 euros). Finally, the worker may opt for a combination of both incentives. “This will not affect the highly difficult professions, which include mining workers, air or rail transport personnel, among others, who maintain the advantages of retirement due to the dangerousness of their work,” Gallego Losada points out.

The reform repeals the sustainability factor introduced in 2013. This is one of the most controversial aspects. “The factor of sustainability it was never applied in practice ”, points out Ángel de la Fuente, director of the Foundation for Applied Economics Studies (Fedea). In theory, it involved a downward revision of the initial amount of the pension to offset the effects on the accounts of the increase in average life expectancy with the legal retirement age.

Instead, the reform aims to create a new intergenerational equity mechanism that will come into effect in 2027, which is still being negotiated and whose approval is expected in November, in the second package of measures. “It is not known how the new mechanism will work, but, in order to help ensure the sustainability of the system, it should resemble the one being repealed,” says De la Fuente. The fact that its launch is planned for the year 2027 is no accident. It will come at one of the critical moments for the pension system: the retirements of the generation of baby boom, especially numerous.

The transfer of expenses to the State

The income obtained through contributions will be used to pay pensions, and the rest of the Social Security expenses will go to the State, so that it will be financed with taxes. Thus culminates a process of separation of sources of financing that began 20 years ago. The State has gradually assumed the cost of some disbursements previously paid by Social Security with its contribution income, among them, the pensions received by some citizens who had not contributed enough, in addition to the supplements to go up to the pension minimum the benefits that would remain below that level.

“This process of transferring inappropriate costs of Social Security to the State is what is known as separation of sources,” says the director of Fedea. “Until recently, it was considered that the separation process was practically complete, except in regard to some bonuses of social contributions for the promotion of employment that Social Security continued to support. Now the Government proposes that there are more expenses that the State should assume ”, he concludes.