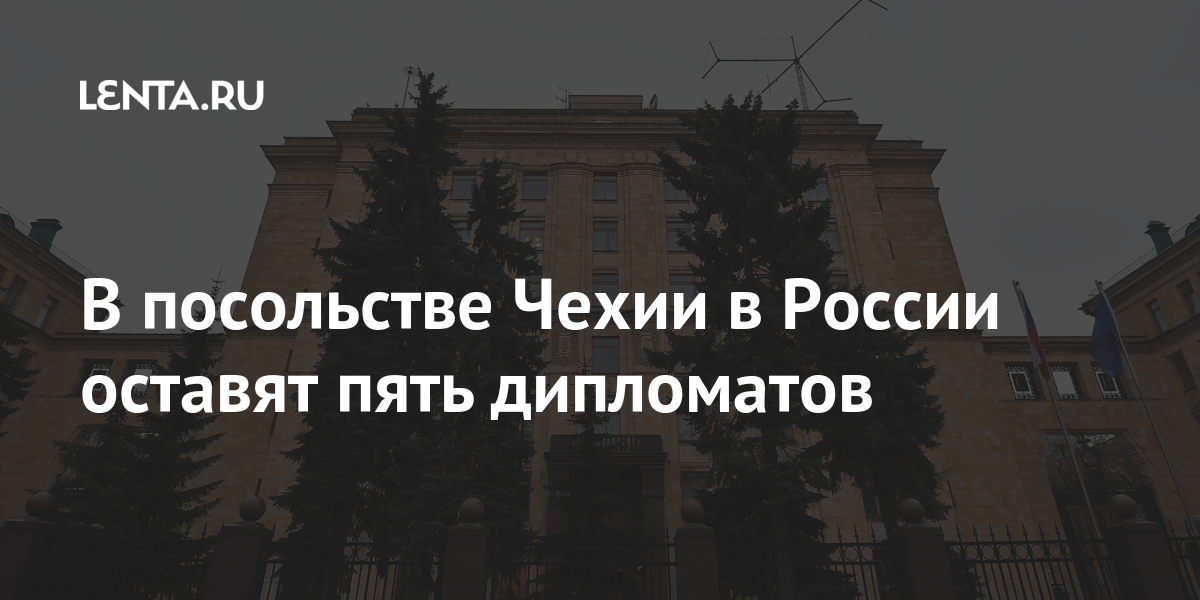 After the expulsion of 20 Czech diplomats from Russia, only five people will remain working at the Czech Embassy in Moscow. The head of the international department of the Czech presidential administration Rudolf Jindrak told about this. RIA News…

According to him, the entire political part of the embassy was expelled from the Russian Federation.

“They were given 24 hours to leave the territory of the Russian Federation, while (expelled from the Czech Republic) Russian diplomats received 48 hours,” the agency quoted the official as saying.

Earlier, Moscow declared 20 employees of the Czech Embassy persona non grata, they must leave the country by the end of April 19.

On April 18, the Czech Ambassador to Moscow Vitezslav Pivonka was summoned to the Russian Foreign Ministry. The department listed him retaliatory measures for the expulsion of Russian diplomats from the republic.

The longest "Twitter" crashes in the history of "social media"