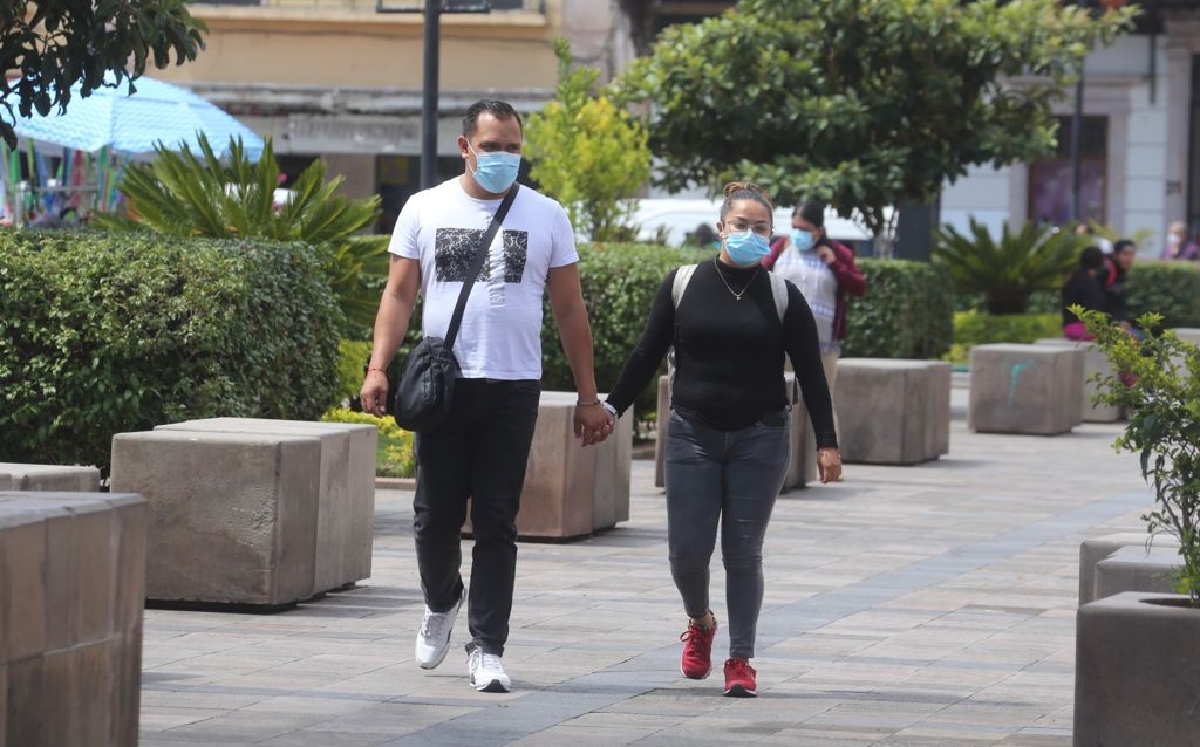 The National Health and Nutrition Survey (Ensanut) Covid 2019 reported that 25 percent of the population, that is, 31.1 million people had SARS-CoV-2, being the economically active sectors, from 20 to 39 years old and with formal work and informal, of the lowest quintiles in condition of well-being, those most affected during the first wave of the pandemic.

“What the Ensanut is telling us is that by that time (until November 2020) the level of infection was quite widespread, that is, 25 percent of our population had already had this infection,” explained to MILENIO, Tonatiuh Barrientos, Director of the Population Health Research Center of the National Institute of Public Health (INSP).

In the first wave, the National Epidemiological Surveillance System (SISVER) reported until November 2020 a total of 1,113,543 cases of confirmed infections with SARS-CoV-2, while the Ensanut (August 17 to 14 November 2021) showed that by that time the magnitude of the pandemic was 2,800 percent greater, that is, it impacted 31.1 million people positive for the coronavirus.

The survey that analyzed around 9,600 blood samples to measure antibodies (6 milliliters to measure IGGs) from more than 12,000 households and 36,000 people, establishes that one in four Mexicans had the infection. This represents 31.1 million Mexicans, but clarified that 67 percent had the disease asymptomatically.

“25 percent of the people (based on the Census of more than 120 million 843 Mexicans) at the time the survey was conducted (August to November 2020) had already been exposed to the virus. It is one in four people and the 67 percent had no symptoms, “explained the specialist.

He said that it should not be surprising that 31.1 million infected with covid-19 is a higher figure than that reported in SISVER. He added that “the SISVER is made for a purpose that is, above all, to follow the trend of the pandemic over time: if it rises, if it falls, if it remains. The seroprevalence surveys are designed precisely to be able to estimate the magnitude of the disease at the population level, that is why it is so important to carry them out ”, among other things, they shed light on lethality, health status, sectors most affected and where they should be oriented public policies.

“Although some preliminary data such as that of 31.1 million infected had already been released, the recently published Ensanut offers more details of how the pandemic, for example, affected more the lower socioeconomic and active sectors had to leave to work, every day, to look for sustenance, even when it was the Sana Distancia Day.

“The seroprevalence is higher in the group aged 20 to 39 years seroprevalence is 28 percent; compared to 22.5 percent of the group 19 years and under, or 18.6 percent of 60 years and over.” We even made a difference between formal and informal workers, and people who at this time did not report employment due to being unemployed, retired or students. We found a difference, for example, between formal workers, 30 percent had antibodies (to contagious disease) and informal workers 28 percent; unemployed people 24 percent; students 22 percent and 17 percent retired.

“Those over 60 years of age had a lower seroprevalence because that population group managed to stay home more effectively.”

“We know that there is a difference in the immune response between men and women and, of course, to this is added the prevalence of chronic diseases at different ages. In the survey we did not explore why mortality was higher in men.”

Tonatiuh Barrientos, a member of the team that carried out this survey among schoolchildren, adolescents, adults and who are preparing to carry out the next one between August and November 2021 to make a comparison, also clarified that it is difficult to determine the number of people who arrive to infect the asymptomatic, “we are trying to compare the characteristics of the households that had cases versus those that did not have cases, but this is an analysis that we have not concluded yet.”

– How long do natural antibodies to covid-19 last?

“We do not know for sure because not enough time has passed, which we do know and there are quite robust studies that indicate that the duration is at least six months, probably eight months. You have to wait a little longer to know how long they will last.

“Now, that means that the antibodies are there, how effective are they going to be specifically? That is something that is not too clear. If we know that those who have proteins against protein S antibodies are associated with a greater capacity to neutralize the virus, and the Ensanut we are also measuring the protein N, which goes against the nucleocapsid of the virus (it serves as a powerful immunogen that induces humoral and cellular immunity) “.

In the following Ensanut survey on covid-19 of 2021, the impact of the pandemic will be analyzed by distinguishing the antibodies generated by natural infection, also from vaccination, “we will ask, for example, for your vaccination certificate. The idea is know how much group immunity there is in the country. “

– In August 2021, as Undersecretary Hugo López-Gatell said, will herd immunity be achieved considering those vaccinated and those with natural antibodies?

“I don’t know what he considered. I couldn’t speak; maybe it’s related to the speed of the vaccination.

What we know is that at the end of November 2020 there were 25 percent of the population that had come into contact with the virus, and it is very likely, it is to be expected, that after the second wave that seroprevalence has increased significantly. How much precisely? I do not know. At some point we are going to achieve group immunity, that is to be expected and hopefully it can be achieved precisely through the vaccination effort that is being made. At what point is it going to happen? I do not know, I am not clear “.

The INSP will carry out the survey annually, not every six years, “in 2021 we will follow up on the seroprevalence survey, we will collect blood samples again to be able to compare how much change from August to November of last year to August and November of this year. We are trying to keep it in the same time frame, and that will allow us to make a comparison, to know how fast it grew. The idea is to delve into the impact that the pandemic has had on the health of the population and its care needs, we are also interested in nutritional aspects, we are interested in understanding what is happening with chronic diseases and having a comprehensive view of the health status of the population “.

It is not intended, in this 2021 survey, to measure the efficacy of vaccines, since “there are vaccines like Pfizer’s that create immunity in protein S and if we suddenly see a case that has protein S and not protein N, I would suggest that this person has immunity through vaccination, but beyond that biochemical effort, we are going to ask if they have already been vaccinated, and we hope they show us their proof of vaccination. And thus determine what percentage acquired immunity by vaccine and what percentage by natural infection, and surely there will be undetermined cases “.

The N is the nucleocapsid, “the virus looks like a ball: it has the spike S, which goes outside and the N is a protein that is in the capsule that surrounds the genetic material “, so the only vaccine that covers both is SinoVac, which works with inactivated virus.

“We are going to measure whether they have protein S, or S and N, because they came into contact with the natural virus or received a vaccine with inactivated virus, as is the case with SinoVac,” he explained after referring to the effectiveness requires other clinical studies.

The Ensanut also reported that 56 percent of the population was attended in private services and only a third in the place of affiliation. Despite being a beneficiary of public health services, he resorted to private services, including clinics near pharmacies.

The covid-19 pandemic not only affected people’s well-being in terms of health, it also meant adjustments to their standard of living for many households. It is estimated, for example, that two-thirds of households lost an average of 48.5 percent of their income during the months of the pandemic (percentage estimated in July 2020).