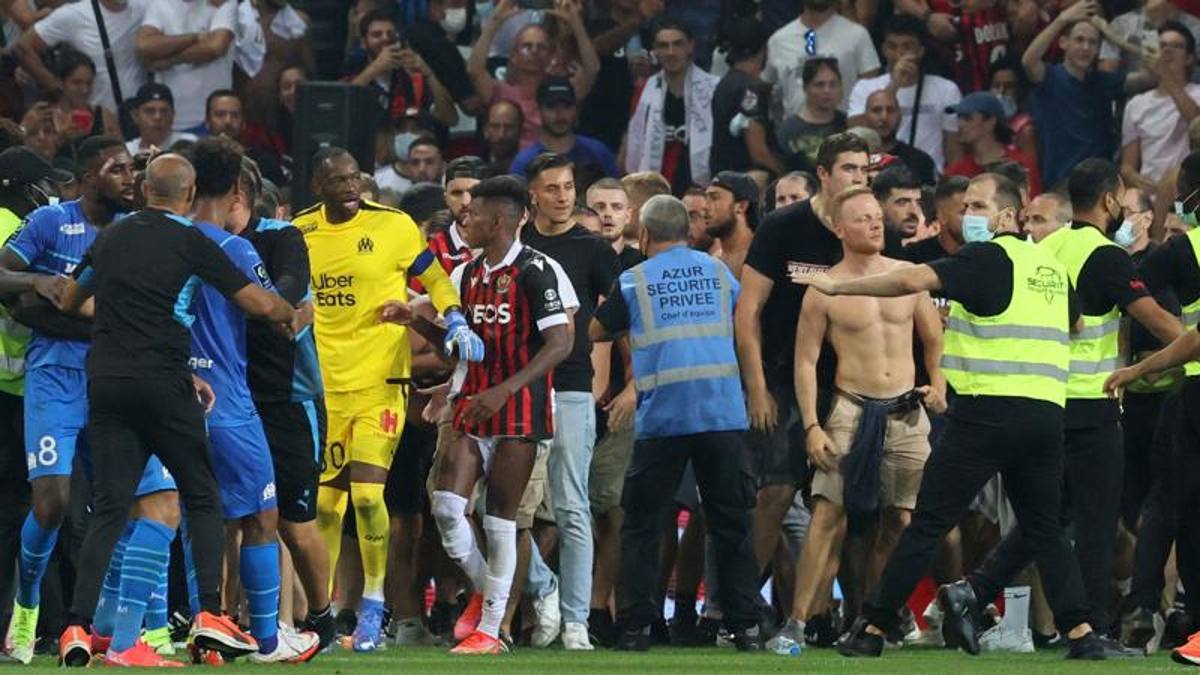 The shameful show on Sunday evening begins to produce the reactions of the authorities, other conclusions will be communicated on 8 September

First sanctions after the Nice-Marseille incidents, the match was interrupted on Sunday evening due to the invasion of the field by the ultras, the brawls between players, managers, coaches and staff of the two teams. The disciplinary commission tonight summoned the presidents of the two clubs to the League, and after the first talks and after examining the first images it decided to impose a total closed door for the next Nice match, against Bordeaux, scheduled for the 28th. August. Suspended, with prohibition to appear on the bench and to play any official role, the Marseille athletic trainer Pablo Fernandez, who sent a fan to the hospital, beating him. Other conclusions will be communicated on 8 September.

The Public Prosecutor of Nice has already decided to close the curve of the ultra Populaire Sud group for four rounds. The League has announced that the result of the match, the 1-0 frozen at 29 ‘of the second half, has not been approved for the purposes of Ranking. Which suggests that the game could also be replayed on a neutral field. (ag).