First estimate: they foresee that the wheat area will remain at 6.5 million hectares 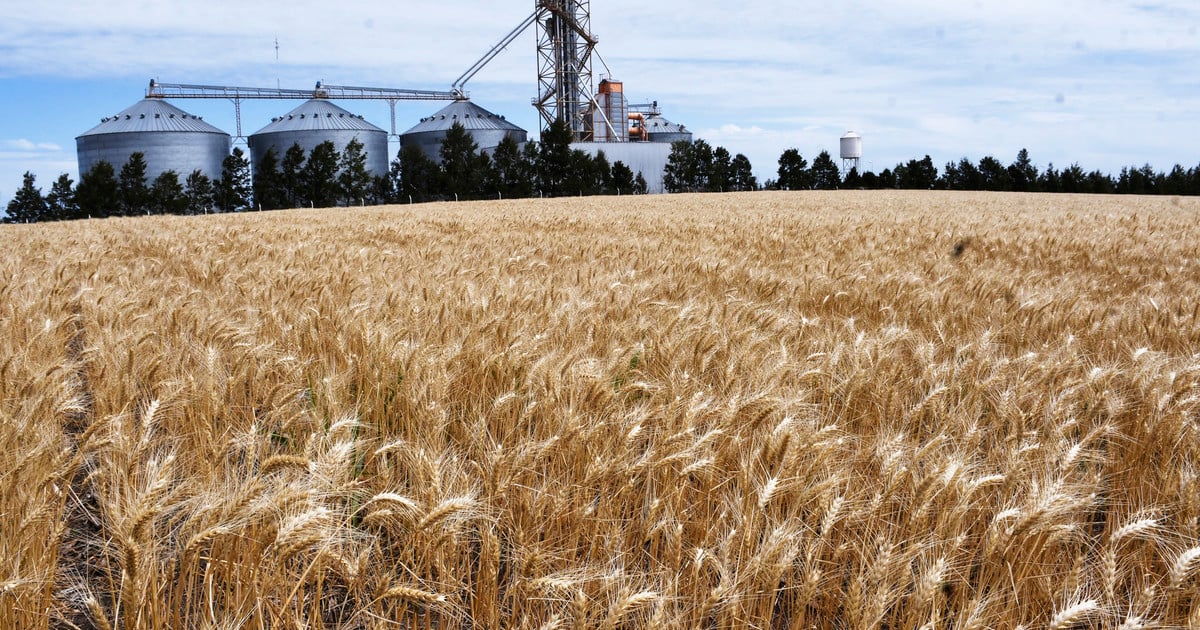 Shortly after the start of a new season, the Buenos Aires Cereal Exchange released the first estimate of the wheat season and foresees that the area will remain at 6.5 million hectares.

Once again, the scenario is uncertain about some decisive issues for decision-making, “summarized the Buenos Aires entity. As specified, the prolonged water deficit situation in some key areas for cereal production, la rise in the cost of fertilizers and the loss of competitiveness compared to other crops, such as barley and sunflower, they would limit the possibility of expansion of wheat.

“To these factors are added interrogable in relation to the rules of the game for the next campaign. However, the preliminary results of this survey indicate that the price of grain, its role as a service crop, both as winter cover or to meet rotation plans, moisture replenishment in the profile, and financial needs prior to harvesting. thick season would support a planting intention similar to that of last year.

Anyway, heThe sowing of wheat during the 2021/22 cycle reflects an increase over the average area of ​​the last 5 seasons of 6.6%, and ranks as the fifth largest surface area in the last 20 years.

During the last days of March and the first days of April, moderate to abundant rainfall events were recorded, covering almost the entire agricultural territory. These events, although they do not manage to reverse the water deficit that has prevailed during the previous productive cycle, underpin the planting intention relieved during the last month.

In the seasonal forecast, the outlook for autumn 2021 augurs a limited supply of water in the center of the agricultural region. Although the influence of the Atlantic Ocean will favor the more coastal areas with some events of greater magnitude, the rainfall forecasts for the central-west of the region during the months of May and June show a contribution of between 50 and 100 mm, accompanied cold temperatures although not as intense as in the 2020/21 cycle.

Towards winter A predominantly dry scenario would persist as usual over practically the entire agricultural area, with the exception of northeastern Argentina where a few additional millimeters would be recorded. However, with the decrease in incident solar radiation and the thermal decrease, the water use of the rainfall that is recorded will improve.

During spring, forecasts indicate moderate to low humidity inputs during October and November, on the center and south of the agricultural area. In those months, with rising temperatures and increasing hours of solar radiation, the condition of the crop could be compromised. However, for the month of December, a reactivation of the rains is forecast, which would extend to the center and southeast of the agricultural area.

Faced with this possible scenario that is outlined neutral cold, a correct implantation could be achieved with fair rainfall events during the winter so as to adapt the humidity of the surface layer and favor rapid rooting. Later, the development of the crop will be linked to the timely occurrence and distribution of rainfall during the stages of yield generation, with special attention to the agricultural southeast where the occurrence of rains could condition a good part of the cycle.

According to the report, the 2021/22 campaign is going through an economic and commercial scenario different from the one registered at the same time last cycle. While in 2020 there was a favorable scenario for wheat, which had withstood the falls that the pandemic caused to international prices, in 2021 the crop has lost competitiveness due to the recovery of the prices of the rest of the grains, especially barley, which registered higher price increases.

The harvest price of wheat, future January 2022 of the MATba-Rofex, in the pre-sowing period (March to May), is above the values ​​registered during last year and even exceeds the maximums of the last five campaigns.

However, when comparing with the evolution of the prices of other crops, a worse performance is registered. After significant growth since August last year, soybean and corn prices are also at their highest in recent seasons. One way to assess relative competitiveness is by looking at the wheat / soy or wheat / corn relationship.

In both cases, current relationships show a worsening of wheat in relation to the situation observed in the same period last year. During the first four months of 2020, soybean and corn prices were at a minimum, as a result of quarantine measures and the fall in oil. For its part, the price of wheat remained stable, due to its lower income elasticity and its lower correlation with the price of oil, due to its low demand for the production of biofuels.

This year the situation is the opposite, the recovery in world demand and the rise in the price of oil had a stronger impact on soybeans and corn. As a consequence, lThe price ratio became unfavorable for wheat, which increased but to a lesser extent.

Regarding inputs, an increase in costs was recorded that was accompanying the increase in the price of grains and oil. In the case of fertilizers, the input-output relationship shows a decline compared to the same period last year. Nevertheless, the gross margins of wheat are estimated to be higher than those registered during the previous season.

Finally, the entity argued that an iAn important factor of uncertainty indicated in the survey are the rules of the game.or under which the next campaign will unfold, especially agricultural and commercial policies. “The expectation of increases in export duties or possible closures of wheat exports could modify the behavior of producers, who have already experienced the consequences of this type of measures and have turned to planting crops with less probability of being affected by trade restrictions, “he closed.

Officials: State hospital equipment for Corona is the most modern in the world