Fireworks crowned the celebration of “Scarlet Sails” in St. Petersburg 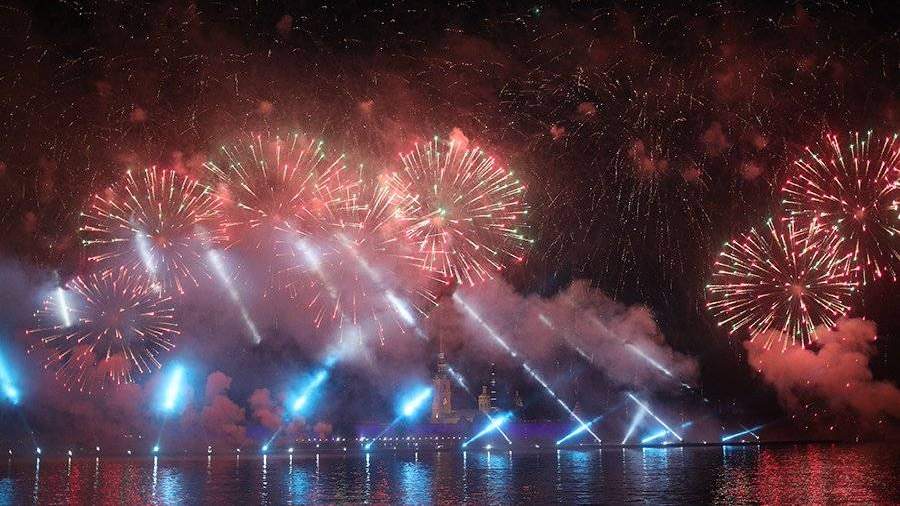 The party of graduates “Scarlet Sails” in St. Petersburg ended with a colorful fireworks. Broadcast the event Fifth channel…

A pyrotechnic show of 50 thousand volleys was accompanied by the traditional passage of the Rossiya brig along the Neva. In connection with the celebration of the 30th anniversary of the Russian flag, banners of blue and white colors were added to the scarlet sails for the first time.

The “Scarlet Sails” holiday began on the evening of June 25 with a theatrical prologue on Palace Square and continued with a show concert. Cream Soda, Irina Dubtsova, Jony, Niletto, Vanya Dmitrienko, Alina Astrovskaya and Anton Lavrentiev performed before the graduates, and Svetlana Loboda became the headliner.

Opening the event, the Governor of St. Petersburg Alexander Beglov congratulated the graduates on the “Scarlet Sails” holiday and reminded them that the future of Russia belongs to them.

On June 21, Beglov urged residents and guests of St. Petersburg to refrain from attending the holiday due to the difficult epidemiological situation with the coronavirus and watch the broadcast of the show on TV or on the Internet. This year, only graduates took part in the event.

Scarlet Sails is an event dedicated to school graduates. This is the only Russian holiday included in the register of world event tourism. For the first time the holiday took place on June 27, 1968 in St. Petersburg. In 2005, the alumni holiday was revived by the Rossiya joint-stock bank, the government of St. Petersburg and Channel Five.