Fires The fire in Hotel Hiittenharju has been extinguished in Harjavalta, monitoring continues 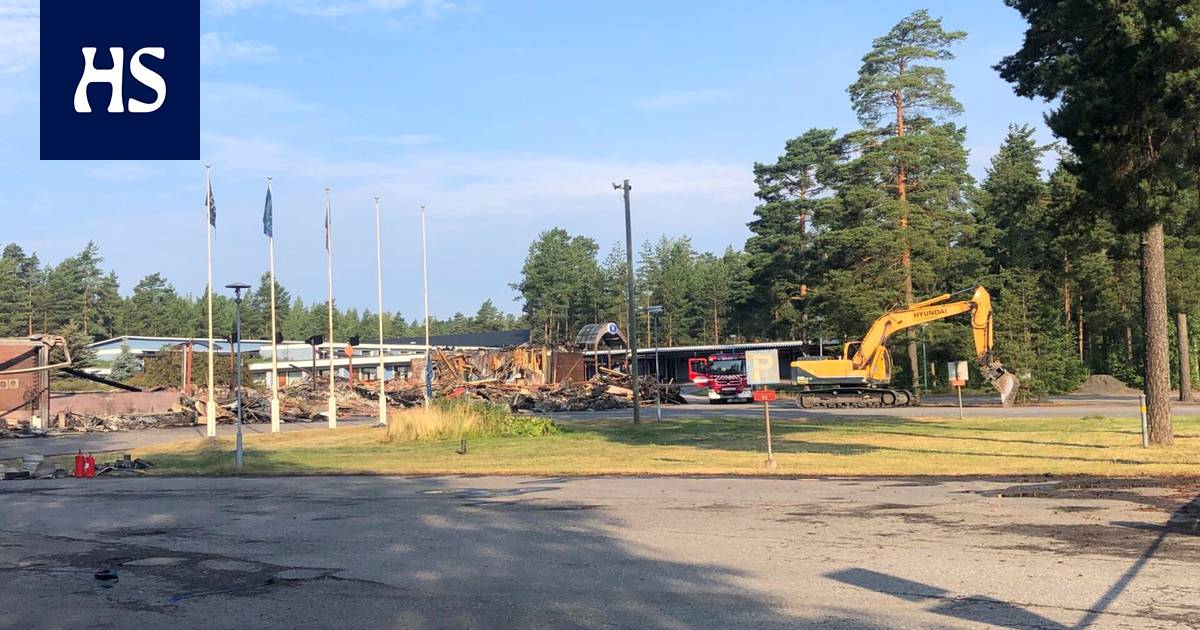 The main hotel building was completely destroyed by fire, but separate accommodation buildings and a nearby gas station were able to be protected.

Hotel The post-guarding of the Hiittenharju fire continued throughout the night between Wednesday and Thursday in Harjavalta, Satakunta, says the rescue service.

On-call firefighter Jari Enon according to the fire has been completely extinguished, but monitoring of the situation will continue on Thursday. The massive burnt building mass still requires monitoring.

The area around the hotel is a dry forest where a fire once spread while a fire was going on. However, the terrain was extinguished.

The main hotel building was completely destroyed by fire, but the hotel’s separate accommodation buildings and nearby gas station were able to be protected.

Enon according to the cause of the fire, an investigation is underway and police investigations will continue during Thursday.

The fire broke out on Wednesday night. The Rescue Department received a report of a major fire shortly after six in the evening. The area was warned of unhealthy smoke and people were urged to stay indoors and shut off ventilation.