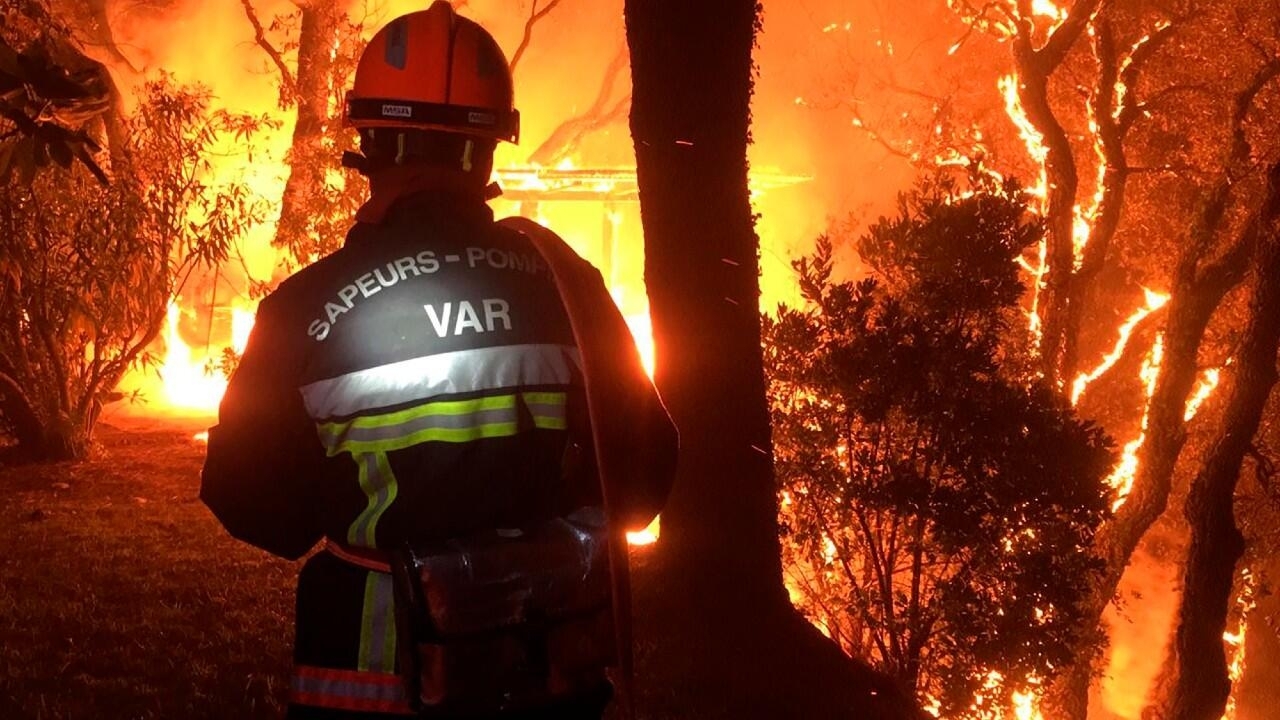 High temperatures, winds and extreme dryness have caused this tourist area to be affected by fires as well. The crisis that the Mediterranean region is experiencing this summer is one of the most serious in recent years.

The scenes lived in recent weeks in Mediterranean countries such as Greece, Italy, Spain and Turkey are now being repeated on the French coast. More than 6,000 people, mostly tourists, had to be evacuated this August 17 from their accommodations due to the rapid advance of the flames near the coastal town of Saint-Tropez.

The fire advanced with great speed during the night from Monday to Tuesday thanks to the strong winds coming from the Mediterranean Sea and the drought that reigns in the forested areas near the coast as a result of the record temperatures of the last weeks.

According to preliminary information, the blast occurred near a local highway service area. Within a few hours, more than 900 firefighters had to be mobilized and several planes with the capacity to carry water were trying to prevent the flames from invading the main tourist centers. During this time of year, most of the towns on the French Riviera multiply their population tenfold due to tourism, something that is a greater danger from the advance of fire.

Camping sites were the most affected

Up to a dozen campsites had to be vacated in the face of the rapidly advancing flames. Smoke surrounded many of these places and tourists had to leave their belongings to be able to flee to safety as soon as possible. The local authorities then closed roads, blocked access to the region’s forests and called for caution.

In a few hours an estimated 5,000 hectares burned, isolating entire villages. “We were completely surrounded by flames,” said Stephane Gady, mayor of the town of La Mole, which is located near pine forests near the French Riviera.

So far no fatality has been reported, among other reasons, thanks to the rapid action of firefighters and police. However, up to 100 houses were completely burned, several dozen inhabitants had to be treated for smoke inhalation and six firefighters were injured by burns.

Alexandre Jouassard, a spokesman for the emergency services, told Reuters that some locals were told to stay inside with wet sheets under their doors instead of fleeing to avoid chaos on the roads at night. These types of situations are not recommended due to past tragedies on the roads.

French President Emmanuel Macron said Tuesday that the situation remained worrying regarding forest fires in the hills behind the coastal city of Saint-Tropez, but added that the worst had been averted. In his statement he regretted that the “climatic problems” will get worse in the area if measures are not taken.

The vast majority of the Mediterranean basin has received little rainfall in the last two months and has endured temperatures that exceeded 40 degrees for several days.

Climate experts predict future summers that are increasingly extreme in this region due to global warming. In Algeria up to 76 people have died from the flames and in Turkey 16.