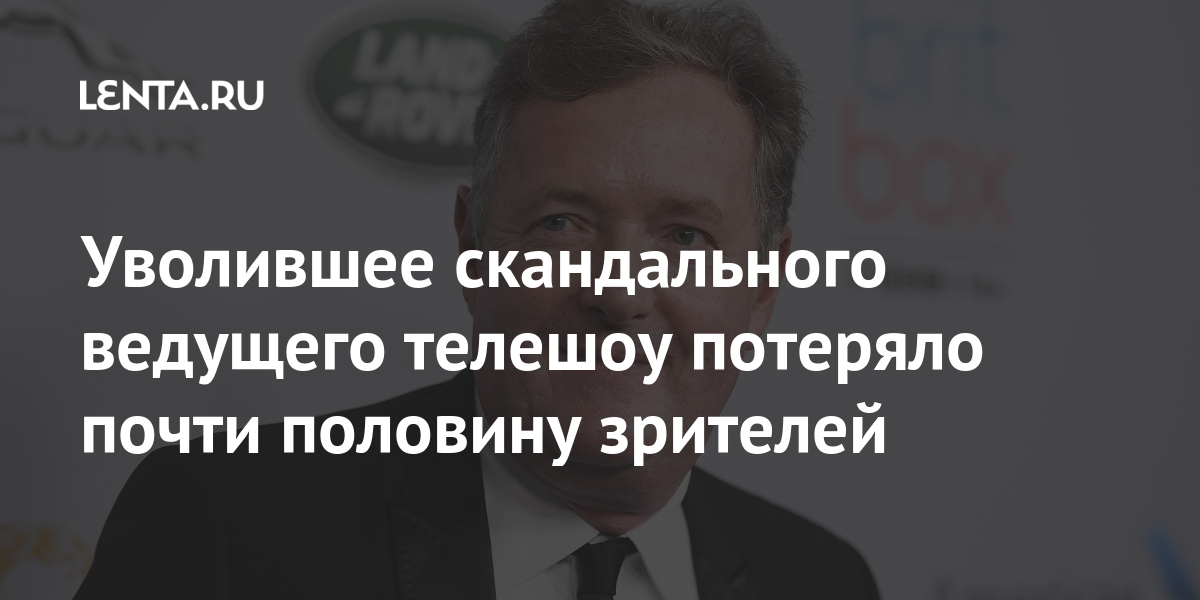 A week after the scandalous British presenter Pierce Morgan was fired from ITV, the morning show Good Morning Britain has lost almost half of its viewers. According to the Daily Mail, the program without Morgan’s participation is watched much less than the latest episodes with him.

The presenter left the channel because of his negative attitude towards Meghan Markle and Prince Harry. With criticism of the couple, he regularly spoke, including on the air of the program. According to the newspaper, the recent release without Morgan became the most unpopular in the entire March.

It is noted that about 800 thousand people watched the program – 500 thousand less than the release with the participation of the controversial presenter. Thus, the project lost almost 40 percent of its audience. At the same time, the ITV channel assured that, in fact, the audience is still growing for the show. The spokesperson said the growth was about seven percent compared to 2020.

Morgan quit after criticizing Prince Harry and Meghan Markle. The host was outraged by statements of racism and pressure from the royal family. The couple spoke about this in an interview with Oprah Winfrey for the American CBS channel. Harry remembered how some of the royals had discussed the skin color of Meghan’s first child. Markle, on the other hand, said she was contemplating suicide due to harassment in the British press.

Valverde and Carapaz will participate in the GP Miguel Indurain

Next low in the survey for CDU and Prime Minister Kretschmer: AfD pulls past Saxony

Karin Strenz: CDU MP dies on flight back from Cuba to Germany