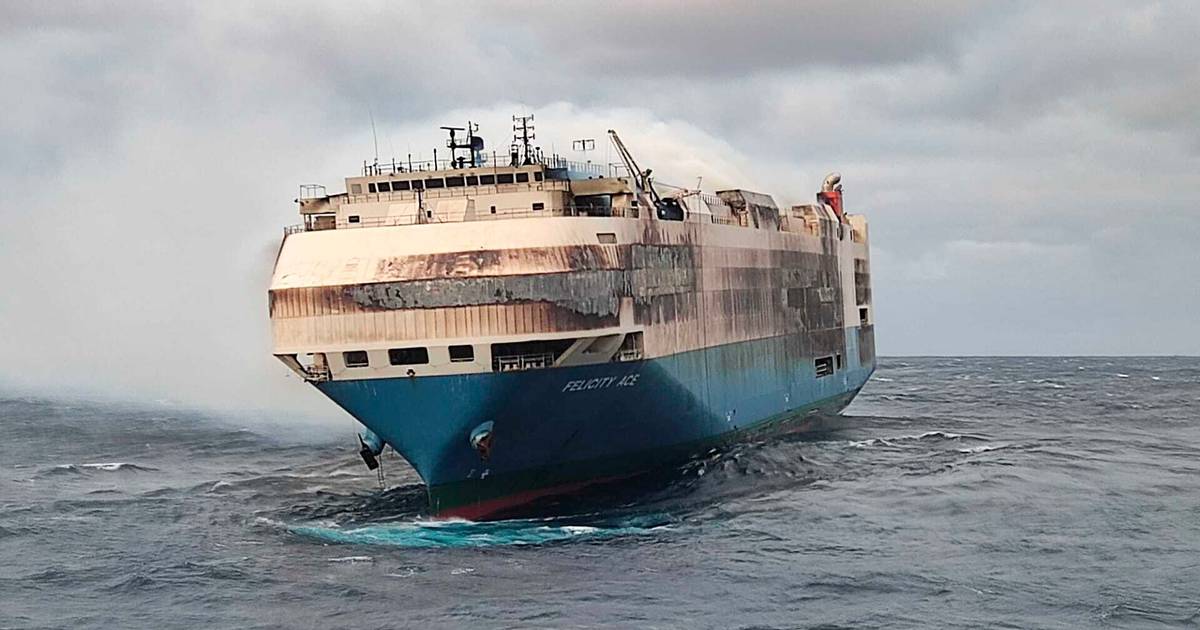 The fire on a large freighter last week, with 3965 Volkswagens, Porsches, Bentleys, Audis and Lamborghinis on board, threatens to cost Volkswagen at least around 137 million euros.

This was calculated by the specialized company Russell Group, which carries out risk assessments. The ship, the Felicity Ace, went up in flames off the coast of the Azores. It is estimated that there would have been 401 million dollars (354 million euros) worth of cars on board. According to the risk analysis, other automakers would lose about $246 million in the accident, assuming all cars were lost in the fire. Experts on site confirm that everything above the waterline has been burned.

The ship was en route from Emden, Germany, to Davisville, Rhode Island, when a fire broke out near the Azores last week. It is not yet entirely clear what caused the fire, but according to specialists there is a chance that it is an electric car that spontaneously caught fire. One thing is certain: the electric cars contribute to the severity of the fire and make it more difficult to extinguish it. There would be at least 1100 Porsches and almost 200 Bentleys on board. The cars were on their way to the United States. Duped owners have now united there on various car forums. Volkswagen is refusing any comment for the time being.

See also  Economy - Volkswagen, Audi and BMW, forced to suspend part of their production due to the war in Ukraine

According to the ANWB, electric cars can spontaneously ignite in the event of a defect, even if the chance is small. “The problem is that they are much more difficult to extinguish,” said a spokesperson. “That is because of the lithium batteries. The individual battery cells can overheat and cause a chain reaction in adjacent cells. This can make the fire appear to be extinguished. is, but the car can ignite again later. The fire service is experimenting with immersion tanks in which burning electric cars are submerged for up to 24 hours. Unfortunately, that is not an option on a rudderless ship in the ocean, “said the ANWB.”

Smit Salvage of the Dutch company Boskalis has transferred a team of sixteen members to the Azores. Large equipment from Spain and the Netherlands has also been deployed to assist in the firefighting. The Felicity Ace will likely be towed to the Bahamas or Europe.

See also  Massive protests in Spain over the rise in food, energy and fuel prices due to the Ukraine crisis