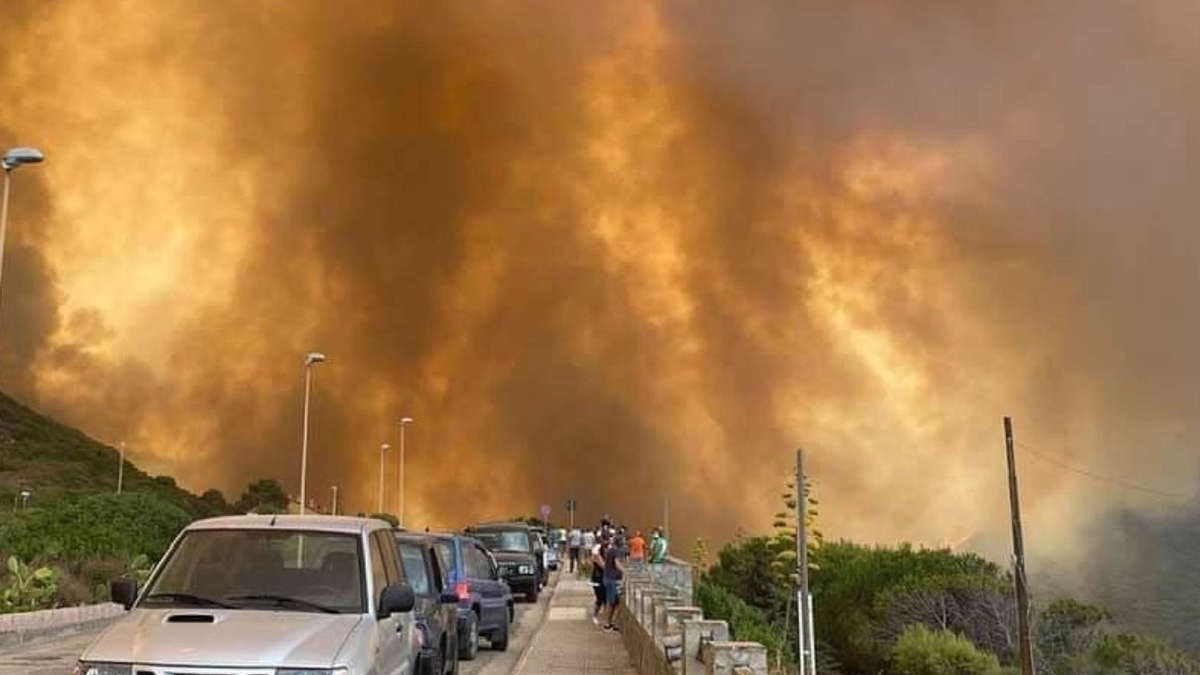 It is a hell of fire: On the Italian dream island of Sardinia, the fire brigade fighters against the flames.

Oristano – A mighty fire rages on the Italian island of Sardinia. Over 20,000 hectares are said to have fallen victim to the flames, reports the Italian news agency ansa.it.

Olive groves, forests and arable land were destroyed by the fire. Farms and houses reduced to rubble. Sheep and horses perished miserably. Shocking photos of burned animals can be found on social networks.

The gigantic fire broke out in Montiferru in the Oristano area and is eating its way through the landscape. The cause of the fire is initially unclear, but heat and wind fueled the fire. It spread quickly, according to the authorities. 200 people would have to leave the small town of Cuglieri. In other cities too, people had to be evacuated because of thick smoke. Then the fire front moved to the coastal town of Porto Alba.

7,500 emergency services fight the flames. Fire fighting planes – now also from France – are in use. Helicopters support the work from the air. The situation is difficult.

Videos and photos of the devastating fire can be found on Twitter. They show the extent of the destruction. Some suspect arson. In Italy, arsonists face four to ten years in prison. But the draconian punishments are hardly a deterrent. Fires are common in Italy in the summer. Many are laid down because of building speculation. But the state reforestation is also to be forced, experts report. Forest work required workers from the region.