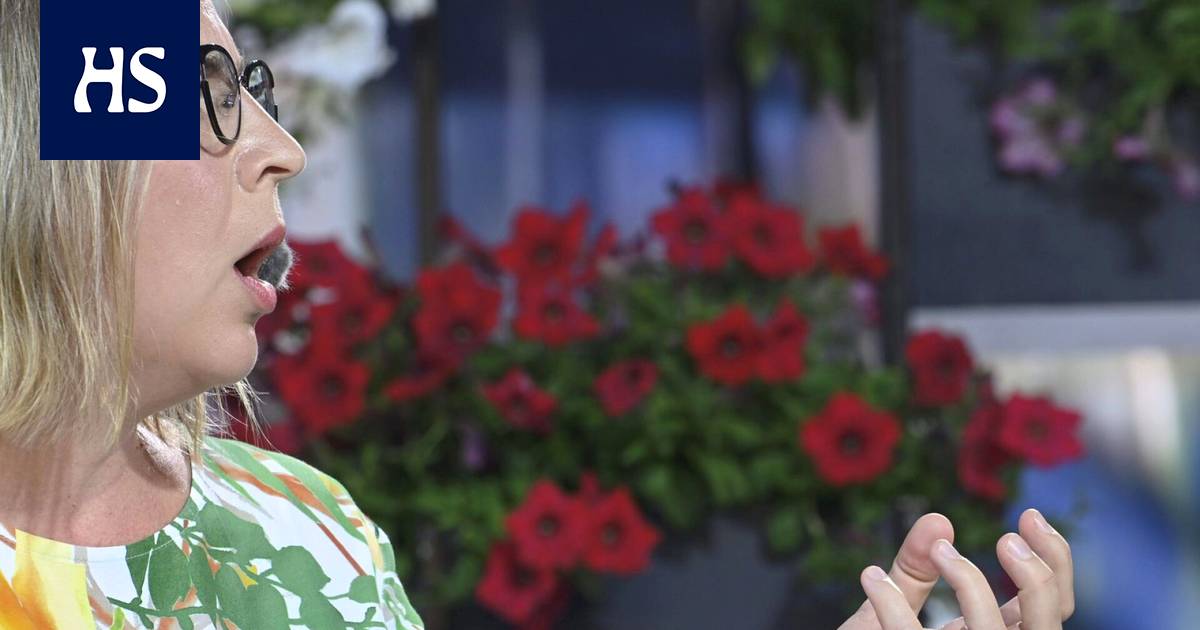 At the Suomi-Areena discussion, it was asked whether Yli-Viikari’s firings were due to female hatred or whether it was a matter of bigger hairdressing bills.

Bad communication strategy, hatred of women, one-sided narrative of the media or, after all, ambiguities in the use of airfields and an employment contract without an obligation to work?

Among other things, these reasons were listed when the communications agency Tekirin In the discussion event at Suomi-Areena, the former Director General of the State Audit Office was interviewed Tytti Yli-Viikarin case and other media outbursts.

The plenary session of Parliament fired Yli-Viikari at the end of June.

Tekirin Chairman of the Board Harri Saukkimaan The discussion that took place spoke about who will give the last judgment in Finland in the 2021s.

Among other things, Yli-Viikari was asked if he would do something different now.

Among other things, Yli-Viikari was asked if he would do something different now.

“Surely then, in January-February, it should have been understood that now the big bike is spinning down the hill and as the fool says in King Lear of Shakespeare, don’t be left ruined by it,” Yli-Viikari said.

Yli-Viikari added, however, that the matter was very difficult to see. Nor, according to him, have things been presented in a proportionate or reasonable manner, or even in such a way that the facts are correct.

He does not directly say in which matters the coverage would have been incorrect. He also stressed that his case is still pending in many respects.

Nuorgam wondered whether Yli-Viikari’s treatment was due to the fact that this was a woman. According to him, many women ministers have been in the same situation in Finland.

“Yesterday, I was still googling where this conversation about Tytti has started in the fall, and I went to check the numbers. Quite true, we have talked from the beginning about a couple of hundred euros for hairdressing visits and things like that. If we put them on a scale where they should be put, would that be news, ”Nuorgam says.

According to her, it is not news and we live in a society full of internalized hatred of women. Parkkonen was on completely different lines.

“This is not a gender issue. Two words: Ilkka Kanerva. There is no hatred of women here.

However, he said on a general level that scale and focus often leave the media out of the saucer.

Siltamäki also reminded that in the case of Yli-Viikari, it was not a question of any hairdressing bills, but of the purpose for which the flight points were used and the fact that a VTV employee had a two-year employment contract without an obligation to work.

“There have been a lot bigger things here than hairdressers. I would add male ministers who have probably, in my own opinion, become unreasonably treated in public. Alexander Stubb, Antti Rinne, Juha Sipilä and Jyrki Katainen and of course also Matti Vanhanen, ”Siltamäki said.

Parliamentary the plenary session terminated Yli-Viikari at the end of June. Irregularities related to VTV’s operations had been investigated in the Parliamentary Audit Committee since February.

The committee has stated that the activities of Yli-Viikari have significantly weakened confidence in the agency’s operations. When investigating Yli-Viikari’s operations, the Parliamentary Audit Committee asked how Yli-Viikari had used Finnair’s frequent flyer points. The committee knew that the points had not been used for missions and that their private use was prohibited under the rules of the Agency.

Yli-Viikari refused to report the use of points.

Committee also drew attention, inter alia, to the incompleteness of the travel documents attached to the Director-General’s invoicing and to individual invoicing ambiguities.

The committee found remarks on, among other things, missions, travel documents and individual invoicing, such as hairdressing and styling expenses and the agency’s well-being at work.

The committee would have liked to know more about, among other things, the increased visits of the Director-General, in particular to India and Bhutan, and their effectiveness for the Agency. However, Yli-Viikari did not give clarity to the trips.

In addition, 75% of Yli-Viikari’s travel plans have had significant shortcomings.

Yli-Viikari has denied having committed any crimes of which he is suspected.

Correction 14.7.2021 at 10.27: It was previously incorrectly stated in the story that Timo Laaninen would currently act as Tekiri’s advisor. In reality, he left Tekiri in 2018 when he was elected project priest of Malmi Parish.