Finally, Davis returns to the “Bavarian”! 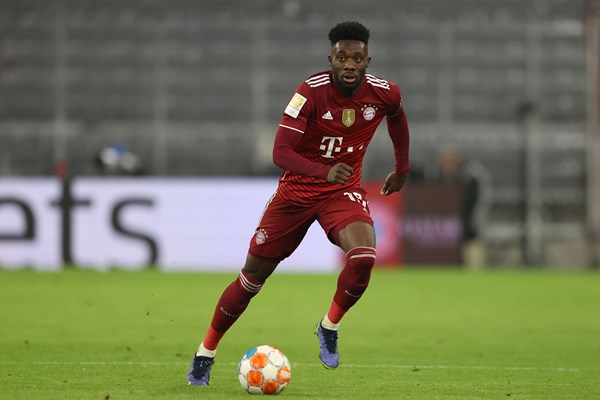 Canadian defender Alfonso Davies is awaiting his full return to the training of his German team Bayern Munich, for the first time since the beginning of last January, after suffering from heart problems that followed his infection with the emerging Corona virus.
Davies has not played in games since last December after he was diagnosed with simple inflammation of the heart muscle.
Davies, 21, participated in parts of some of the Bavarian club’s training sessions last week, but he said in an interview with the club’s website that he hopes to continue his development during training.
“My recovery is going well now, I don’t have any muscle or heart problems, but I’m not 100% ready, not yet,” Davies said.
“I’m just happy to be able to train again and be ready to work,” he added.
The Canadian defender indicated: “I do everything in my power, I work closely with the medical staff and the rehabilitation team, and I train very seriously with the ball and without the ball, I run a lot and do load training.”
“I hope to be back soon to help the team,” he said.
The return of Davies will help Bayern Munich in the crucial weeks of the season, while the Canadian defender confirmed his aspiration to win the Bundesliga title and the Champions League with the Bavarian club.
Bayern leads the Bundesliga table by six points from Borussia Dortmund, before meeting the summit that brings them together on April 23.
Bayern will resume its domestic league campaign against its host Freiburg on the second of April and then face Villarreal in Spain on the sixth and 12th of the same month in the two legs of the quarter-finals of the Champions League.

11 Things We'd Like To See In The New Witcher Game