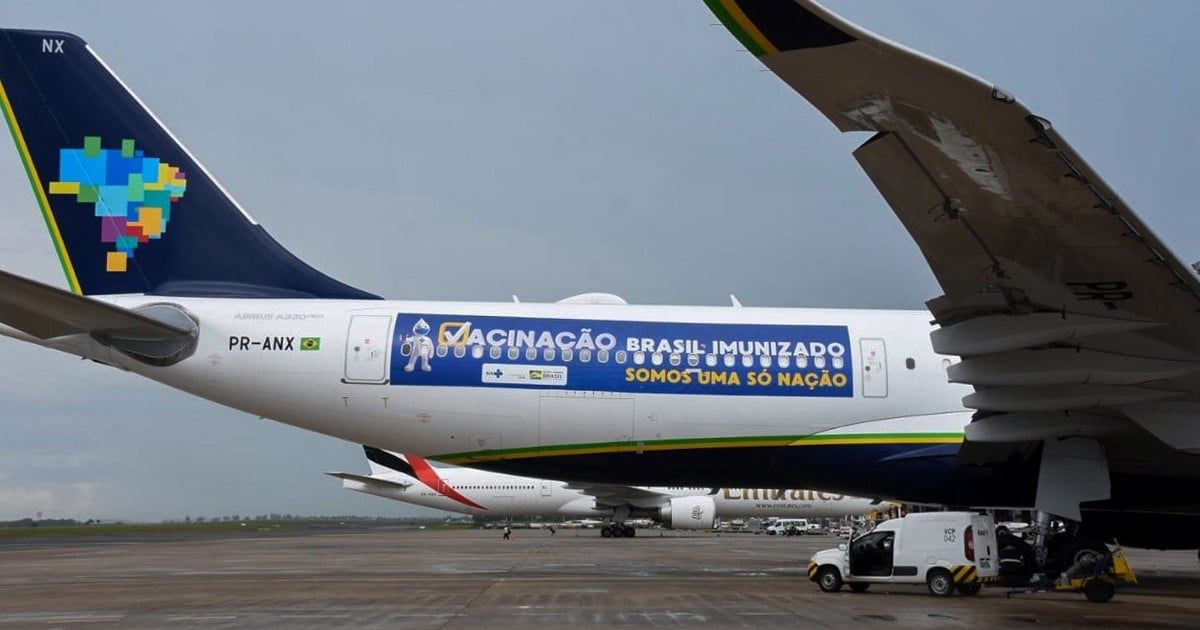 Brazil will finally receive this Friday the First shipment of Indian-made coronavirus vaccines, after the authorization of the Government of the Asian country to the first commercial export of the medicine.

The Indian Foreign Ministry confirmed the first shipment of vaccines after the government authorized their commercial export, but avoided going into details about the shipment or its departure time for the South American country.

Brazil reported on Thursday that it expected to receive this Friday from India two million doses of the Anglo-Swedish laboratory vaccine AstraZeneca and the university of Oxford, produced in the Asian country by the Serum Institute of India (SII), the world’s largest vaccine manufacturer in terms of volume, which this week suffered an impressive fire, although it did not prevent it from making scheduled shipments.

Sources from the SII confirmed that they are part of the shipment of the vaccines, but avoided giving more details since the process is being carried out through the Indian Government.

The Executive of the Brazilian president, Jair Bolsonaro, sent a plane last Friday to collect the two million doses, but the shipment was vetoed by the Indian authorities at the last minute when it coincided with the immunization campaign in the Asian country.

Brazil had also announced its interest in acquiring doses of the formula Covaxin, developed by the Indian laboratory Bharat Biotech, which received a license for its “emergency use” by Indian regulators, although the formula has not yet completed its clinical trials.

Employees of the Serum Institute of India prepare the doses of the AstraZeneca / Oxford coronavirus vaccine. Photo: AP.

Although the Brazilian drug company Precisa Medicamentos and Bharat Botech announced on January 10 the signing of a contract for the acquisition of Covaxin units, the Indian authorities have not reported whether the vaccines from the Indian laboratory are part of the first shipment.

Brazil, nails on 214,000 deaths, is he second country with the most deaths due to the coronavirus, behind only the United States with 410,102 deaths, and followed by India with more than 153,000.

Shipping to other countries

The production of India, called the “pharmacy of the world” for its manufacturing capacity and low cost, is key to immunization campaigns in developing countries and many governments have shown interest in acquiring the doses against the coronavirus in the Asian country.

“Indian vaccines are optimal for developing countries as they are safe, affordable,” he told EFE the ambassador of Ecuador in New Delhi, Héctor Cueva Jácome.

The price of Covishield and Covaxin, among the cheapest in the world, round between 3 and 5 dollars per unit, which makes them a good alternative to other formulas that can cost about $ 20 to dose.

“We must take into account that immunization is going to take some time, so a long-term vaccination plan has to be established that does not affect the economy of the countries any more,” added the ambassador. ‘The Beast’ strikes again: brutal KO of Lewis to Blaydes