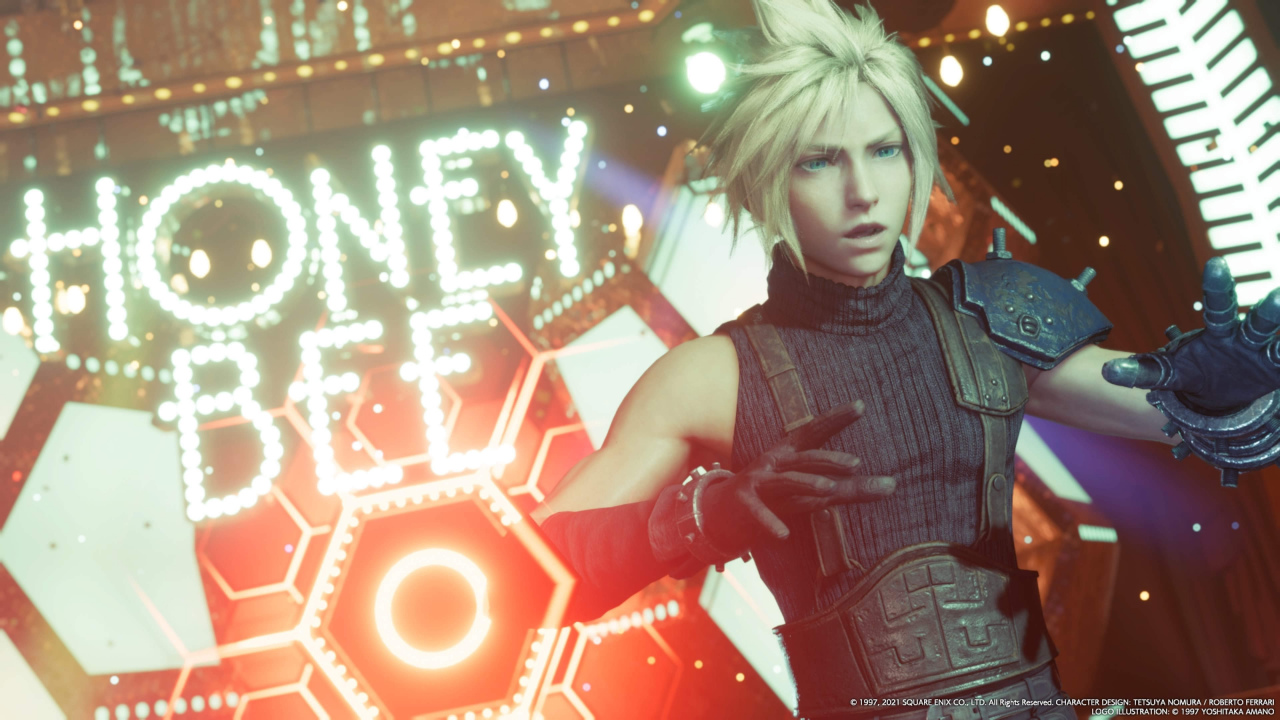 Co-director Motomu Toriyama confesses that they planned for the Honeybee Inn sequence to feature pole-dance bars.

Final Fantasy VII Remake adds and reinvents the classic Square Enix RPG released in 1997 with quite a few new sequences and a new style, without losing the essence that created its legend. The remake, originally published in 2020, includes a hilarious dance scene at Mercado Muro. And we have learned more details about that fragment from the co-director Motomu Toriyama with a shared interview by Square Enix.

The creative indicated that the musical minutes that we live in the Honeybee inn they were to be divided into five acts: “the opening show, the three dance stages, and finally the final scene.” Toriyama indicates that Mitsuto Suzuki, the game’s composer, went to Roppongi in Japan looking for ideas. And that’s when the scene of adding a pole-dance bar to the scene came about.

It’s one of the funniest moments in the Square Enix RPG“Yes, for this scene, we hired a team of professional dancers who create burlesque shows and choreography. They proposed to change the concept and choreography for each section of the dance. In fact, we went through multiple recordings and corrections when making the scene. Initially, for example, a pole dance scene was included, which meant that filming started on an elaborate setting, “says Toriyama.

Why was it finally scrapped? The creative is sincere, and it is that They were scared with the age rating of the game and that it became a title for adults. A sequence that you can relive with FF7 Remake Intergrade, which brings the game to PS5 with improvements and with InterMISSION, the new nexus chapter starring Yuffie.