‘Filomena’ fuels the debate on the energy efficiency of buildings 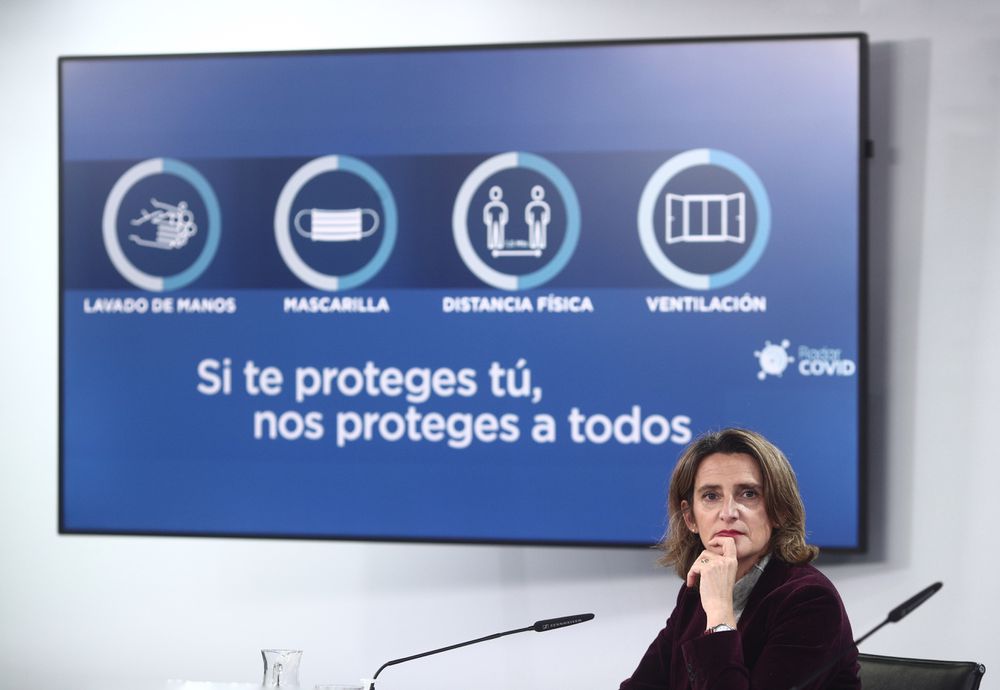 Filomena has left an open debate after passing through Spain due to the high pollution caused in Madrid by the cold wave and the lack of rainfall and wind after the Great Nevada. The phenomenon of thermal inversion, which occurs when temperatures at ground level are lower than those of the highest layers of the atmosphere, preventing upward currents of air to disperse pollutants, has caused the accumulation of nitrogen dioxide (NO2 ) and that smog photochemical known as beret. As a consequence, the Madrid city council has reduced the maximum speed of motorized traffic to 70 kilometers per hour (kmh); but the protocol has not contemplated measures on residential and commercial air conditioning, which on this occasion seems to be the main cause of this beret. And if you have contemplated them, you may have saved them for another less cold occasion.

Faced with this situation, it is convenient to stop at the data that indicate that mobility has contributed to a much lesser extent to emissions due to the fact that the snowfall greatly limited movements (as of January 16, the traffic density on the M-30 was around 50% of the usual and the airport has been closed or half gas) and that the source of pollution has been fundamentally the use of the heating boilers and hot water, which due to the low temperatures registered between the 8th and 17th of January, increased the heat produced in a range of 40% -80% compared to the usual conditions.

Therefore, it seems that, as is done with transport, the same emphasis should be placed on pollutants from residences, businesses and industries, as requested by energy lobbies. Although in recent years energy and climate change policies, both at European and Spanish level, have supported energy efficiency in buildings, it can be seen how the contribution of this sector in total NOx (nitric oxide and carbon dioxide emissions) carbon) in Madrid has almost doubled in the last two decades. In this sense, it is surprising that there are still around 200 coal boilers and more than 2,000 diesel boilers in Madrid alone. The estimate is that in the Spanish market there are approximately nine million homes pending the installation of high-efficiency gas condensing boilers, which manage to reduce NOx emissions by 65% ​​-78% compared to traditional ones.

Given this, it seems essential to financially incentivize the renewal of this equipment, which entails significant savings for the user (up to 25% of energy consumption), but requires a significant initial investment. The European Recovery Plan opens the opportunity to channel the aid that comes from Europe and the public-private collaboration in that direction without forgetting the renewal of the automobile fleet. It should be noted that the destination of the aid must calibrate whether it is aimed at still immature technologies, in this or other sectors, which make the spending of public money inefficient and end up being diverted to segments of the population with high incomes, as occurs by example with the electric vehicle, whose cost is quite exclusive today.

For its part, the renewal of the car park, which is essential for reducing emissions, is another pending issue that is also key to supporting the economic and industrial recovery due to the COVID crisis. In this regard, the transport sector has made a great effort to reduce emissions with heavy investments in R&D and to improve the exhaust gas treatment systems in diesel engines, which since 2019 have technologically solved the problem of pollution, and those of gasoline, which regardless of their age (vehicles with up to 20 years), have it solved with the trivalent catalyst, common for all gasoline, LPG, natural gas and ethanol engines.

This positive evolution is confirmed by the data provided by the Madrid City Council, according to which road transport has gone from being the main issuer in 1999, with a 70% contribution, to falling below 50% in 2017 while the rest of sectors have increased it. This evolution gives impetus to demand that the tax burden on fuels not be raised as proposed by the National Fund for the Sustainability of the Electricity System (FNSSE). In his view, this means hindering the only non-polluting technologies currently available at competitive cost. For asking not to stay.

Riverdale season 5 on Netflix ONLINE: date, time and where to watch episode 1 in Spanish

Axel Kicillof announced that if the cases continue to decrease, he will extend the night hours in the Province