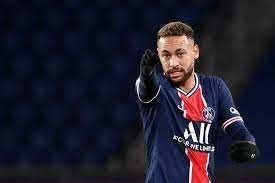 The transfer market witnessed spending of 48.5 billion dollars (41.1 billion euros) between 2011 and 2020, according to a report by the International Football Association (FIFA) released on Monday, and also indicated that the share of player agents increased.

According to the report, according to the big data analyzed during the period 2011-2020, thanks to the TMS “International Transfer Matching” system, which was developed by the International Federation in October 2010, the transfer period witnessed a remarkable growth until 2019, before it was affected by a crisis. COVID-19″ last year.

According to this study, the 30 most spending clubs are all European, including 12 clubs from the English Premier League, five from Spain, the same from Italy, three from Germany, two from France, the same from Portugal, and one from Russia, noting that these 30 clubs represent alone 47% of total spending on transfers worldwide during this period.

And she added that the club that spent the most in this decade is Manchester City (the report did not mention any numbers), ahead of its compatriot Chelsea and Barcelona.

Paris Saint-Germain is ranked fourth. On the other hand, the study showed that the two clubs that received the most money from the transfer market during this period are Benfica and Sporting Lisbon, the Portuguese.

Monaco, the first French club in the ranking of clubs that sell most players, came in eighth place, ahead of Lyon (14), Lille (16) and Paris Saint-Germain (18).

Drama in Ostuni, a man forgets the keys and bled to death trying to return home – Curler